However, he observed the commission, headed by Dr Maria Therese Gomes, has been silent on Griffith's performance since he was appointed on August 3, 2018.

"His self-appraisal would need to be backed up by a more independent evaluation by the constitutional body, the Police Service Commission for which we are yet to hear anything about their monitoring, evaluation and reporting on the commissioner's performance," Deosaran told Sunday Newsday.

Griffith held a news conference at the Police Administration Building, Port of Spain, on Friday, at which he assessed his performance as top cop.

He said as a perfectionist, he is not satisfied with what has been achieved over the past 12 months but promised to intensify his efforts in the coming year.

Griffith said while the gang-related activities and gun possession continue to be a major challenge for the Police Service, it has succeeded in reducing serious crimes over the past 12 months, when compared to the same period last year.

Deosaran, who was once a PSC chairman, said people must be wary of crime statistics.

"The police, the government and the public should be very wary about crime statistics because the causes of crime and the up and down peaks could quickly invalidate the statistics of today by what will unexpectedly happen tomorrow," he said.

He also noted nothing was said at the news conference about improving significantly the criminal detection rate.

Deosaran said: "Crime will always be with us. It will have its ups and downs. But the most essential thing in policing and national security is the detection rate, and then convictions. The country needs to hear something more precisely about that element in the criminal justice system."

Griffith has vowed in the coming year to move more aggressively to dismantle gangs through greater collaboration with the Strategic Services Agency and other top-notch units in the Police Service as well as increase the annual intake of recruits from 200 to 220.

The commissioner also said he would be more prudent with his financial resources.

The results of an online satisfaction survey at which 1,225 citizens were polled revealed 59.3 per cent rated the police as good and above while 22.2 per cent said they were poorly satisfied with the police. Only 7.9 per cent of those polled rated them as excellent.

Overall, 76 per cent of the respondents had confidence in Griffith compared to 49 per cent in his predecessor Stephen Williams.

Deosaran stayed clear of assessing Griffith's performance, but described him as being in "a very fortunate place."

Deosaran said as a result, Griffith remains in a "very lucky, fortunate realm so far."

He said the public is still deeply concerned about several issues, including the formation of gangs and crimes committed by them, drug trafficking and the effectiveness of the new bail legislation.

"So, there are several outstanding matters that has kept the jury, as it were, still deliberating."

Deosaran noted while Griffith created his own benchmark very early in his appointment by saying he would reduce crime and the murder rate within one year, along the way he has discovered and published several reasons why this expectation has not been met. "So, it is for the public to judge now whether his reasoning is valid and how long would this reasoning remain as the situation, especially with murders, gets worse."

He added the most intriguing element of Griffith's stewardship within the last year is that he has tactfully shifted the responsibility for crime unto the national security minister and government by emphasising the need for resources.

"But all in all, I wish him luck because it is a matter of public safety for everybody," he said. 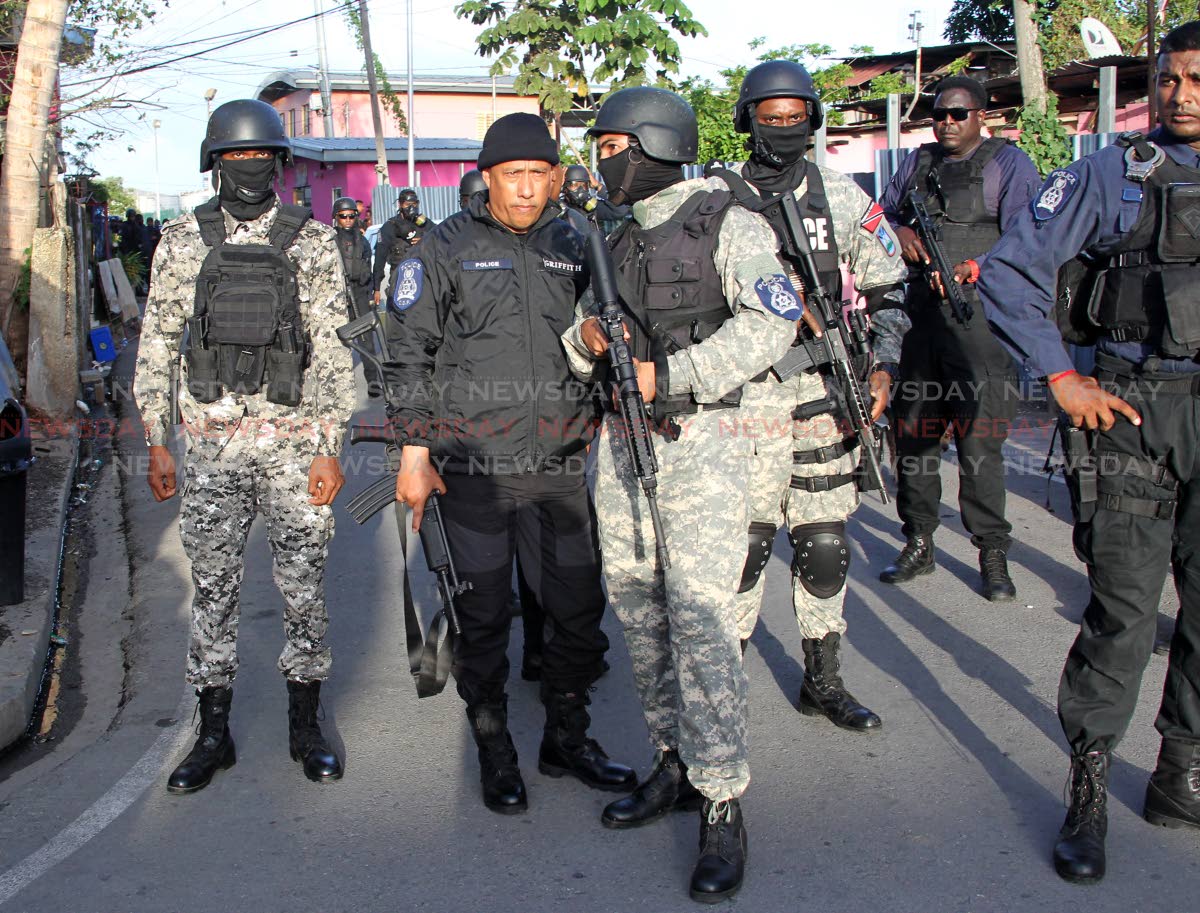 Reply to "PSC must review CoP"