THE PNM will look at strengthening the vetting processes for people it is considering to serve in public office.

PNM vice-chairman and Public Utlities Minister Robert Le Hunte said so on Wednesday to reporters at the President's Cottage in St Ann's, after Laventille East/Morvant MP Adrian Leonce was sworn in as parliamentary secretary in the Public Utilities Ministry.

"These are things that clearly we all look and see and we all try and improve," Le Hunte said.

He was certain that the Prime Minister "has all of these things in hand."

Le Hunte said, "We will then look at them in hindsight and do whatever is required for the benefit of the people."

On Sunday, Rowley fired Port of Spain South MP Marlene McDonald from this post. Last week, McDonald and her common-law husband Michael Carew were arrested as part of an ongoing police investigation into allegations of corruption.

But his swearing-in ceremony on Monday was cancelled after Opposition activists exposed a driving under the influence (DUI) charge Simonette received in the United States in 2014. 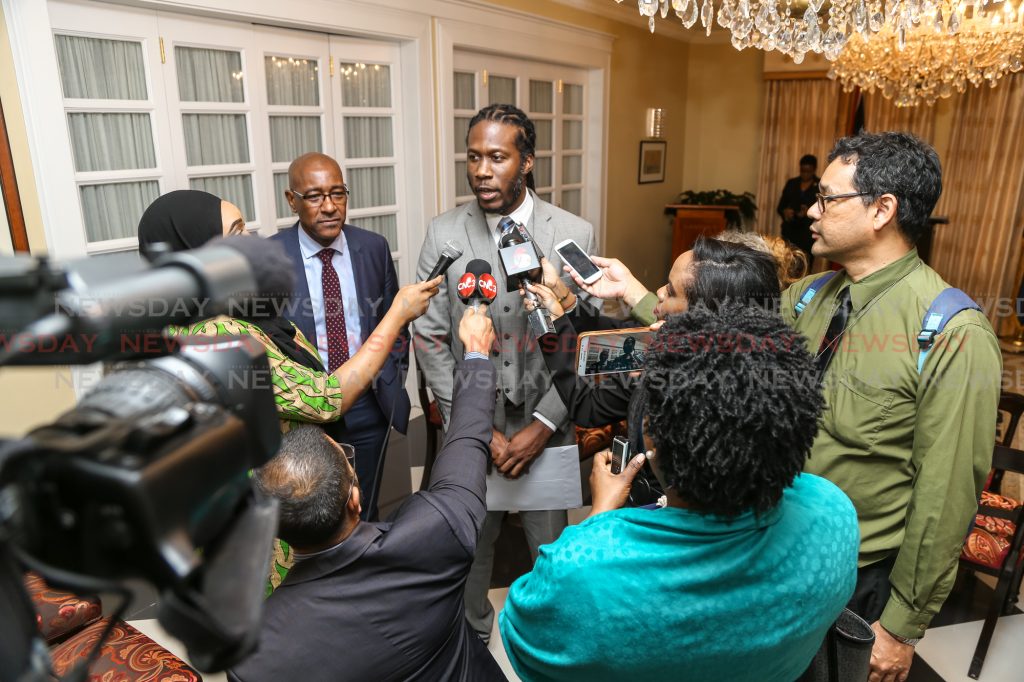 Simonette apologised for any embarrassment this caused. He said his withdrawal and resignation was driven by his desire to relieve Rowley and the PNM from the distracting burdens of having to navigate any adverse commentary about a key team member.

In August 2017, Le Hunte's ministerial appointment was put on hold after questions arose as to whether he had Ghanaian citizenship. Le Hunte took full responsibility for the “communications glitch” which caused the initial confusion. He was subsequently appointed in September.