The new packaging of Machel Montano’s (MM) 60 per cent dark chocolate was unveiled on Monday at the Cocoa Pod on Gordon Street, Port of Spain.

Graphics on the package include cocoa pods encircling the letter M, and the print is letter-pressed to give it texture.

There is also a "locking" device and a sticker to keep it secure, and when it is opened the logo, bar code and origin are visible.

The lettering reading“60 per cent dark chocolate” is in the same font as that one used on TT currency and Montano's autograph is on the package, which is made of recycled material.

After the chocolate is gone, the package can be a keepsake for consumers.

The product itself is an all-natural dark-chocolate vegan snack made only of Demerara brown sugar, sun dried nibs and cocoa butter. There are no preservatives, mould inhibitors, emulsifiers or additives.

La Reunion Processing Facility in Centeno is responsible for producing the Trinitario beans used in the chocolate, which are considered by experts one of the finest-flavoured beans.

Liz Montano, mother of the prolific soca entertainer, took guests through the launch of the new look, since Montano was absent. But he sent a video of himself, welcoming guests to the event and thanking them for the support of the new-look chocolate. 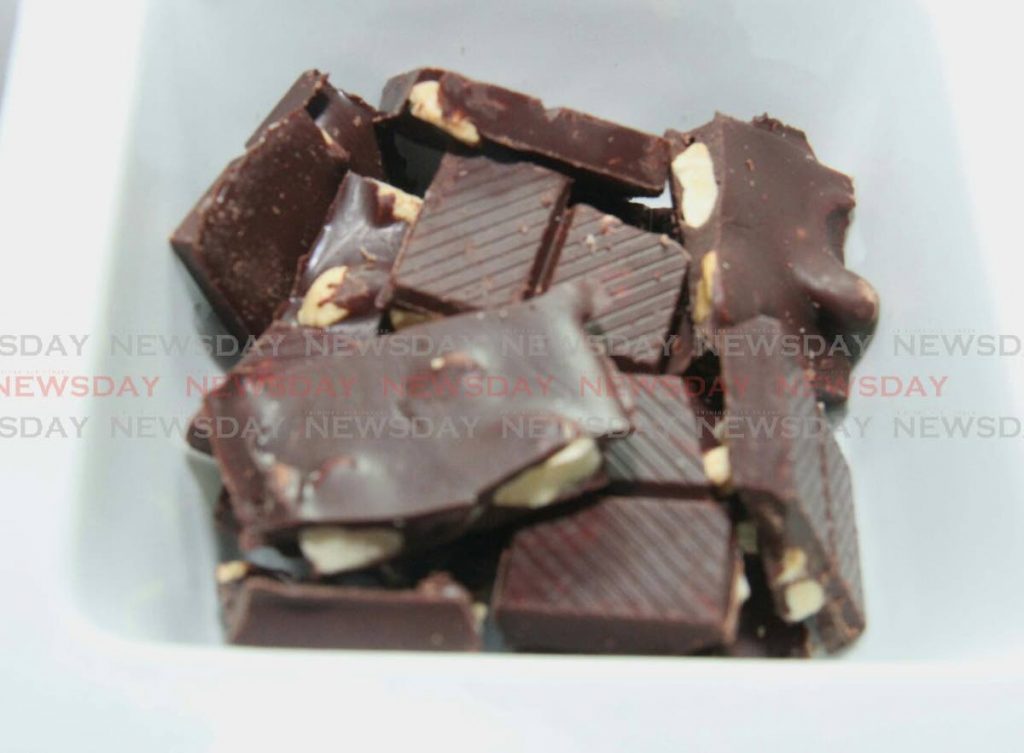 He said: “It’s vegan, made from three simple ingredients and from trinitario cocoa beans – a healthy choice. We aim to produce high-quality products and support the growth of a sustainable local cocoa industry. Please enjoy, take a bite – and see what happens when soca meets cocoa.”