HIS passion for pan has been identified as the primary motivation for ensuring that our Caribbean neighbours are fully equipped to enjoy the sounds of the the steelpan.

Seventy-year old pan aficionado Merlin “Mutt” Gill attended the annual Fiesta del Fuego (fire festival) last month at Santiago de Cuba. There he received a plaque for his generosity having donated a shipment steelpans to a band in the community called El Cobre.

The festival is hosted by the institute La Casa del Caribe (Caribbean House) and representatives presented him with the acknowledgement plaque. Part of it read, “We will be joined forever by culture and deep bonds of friendship, solidarity and cooperation.” 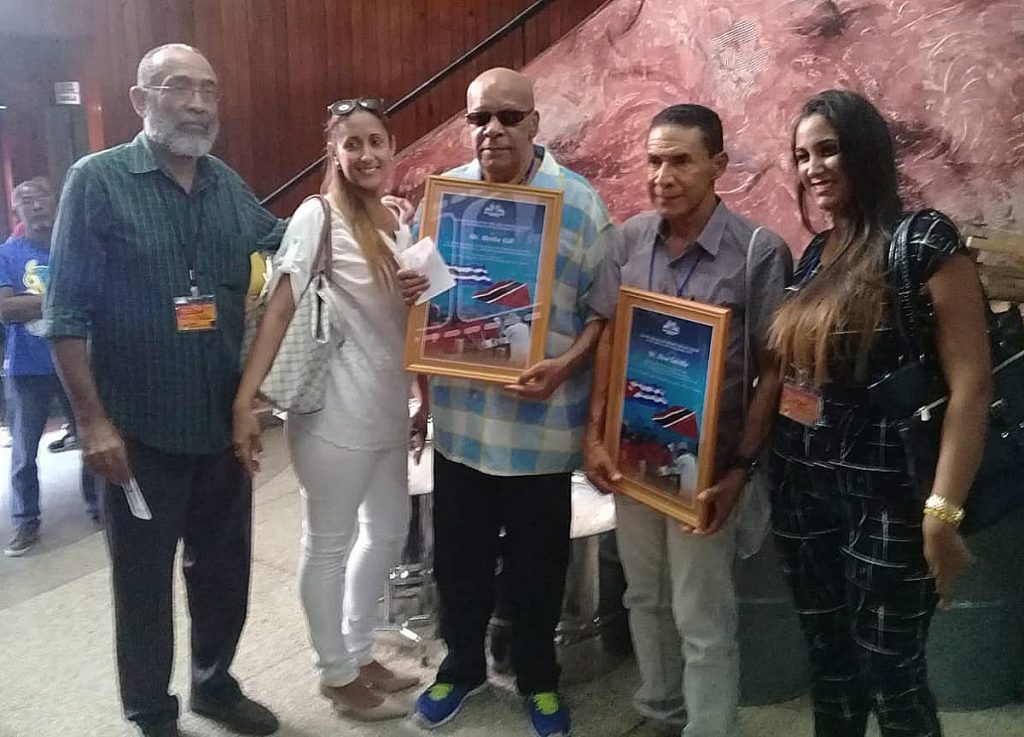 The institute’s coordinator for TT, anthropologist John Sorrillo, also received a similar plaque for his contribution to culture.

Both went on the invitation from director Orlando Vergés Martinez.

Gill’s vision for the development of the pan is rooted in 63 years of hands-on experience. The arranger and pan pioneer, who lives at Eastern Main Road in Curepe, said he fell in love with the infectious rhythms of the pan at the age of seven.

He is the owner of Gill Pans which supplies pans and its accessories. “I sent a 40-piece orchestra. The Cubans treated me like a king. All the time they are treating me good and they are appreciative. I was on international tv and the reporters were asking me why I donated the pan. I told them I had to do it. John had shown me a video of Cuban children playing the pan and I saw myself in it. It reminded me of myself at age seven.”

The nostalgic feeling combined with his continued appreciation for the instrument left him with no other choice although he had never met the band. 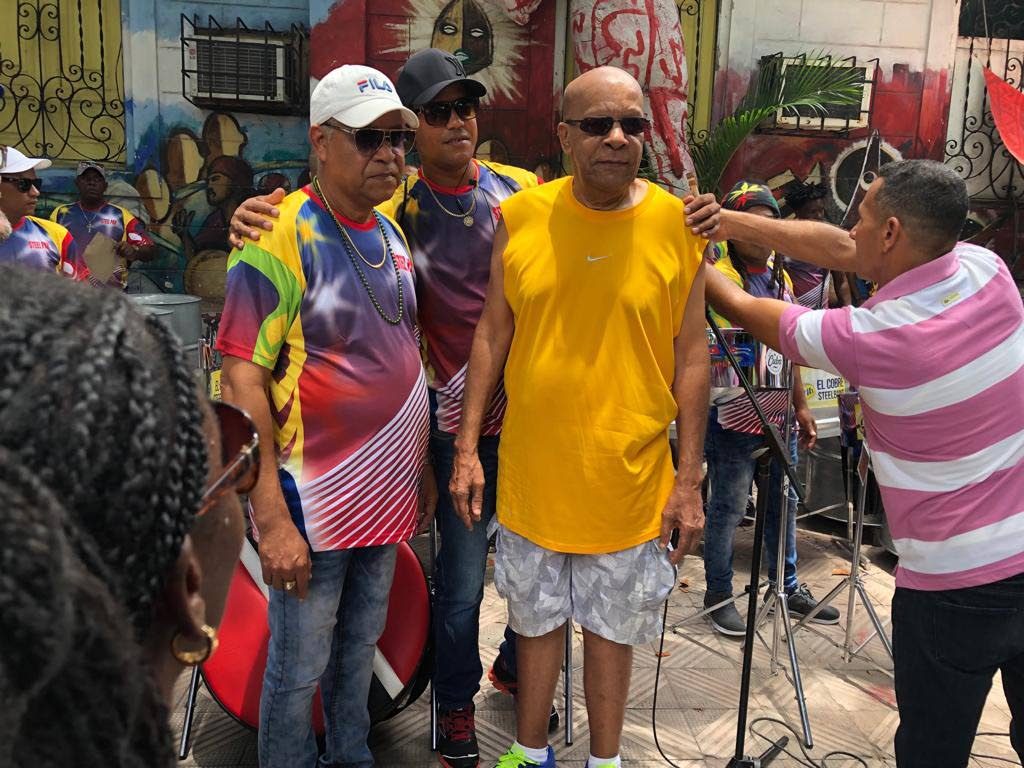 “I had to contribute. Last year they invited me, and I was impressed when I saw the band. I returned this year. I loved the comradery. Like last year, players performed Pan in A Minor (by the late Lord Kitchener) and other tunes like Hello by Lionel Richie.”

This year’s 39th edition of the Caribbean festival was dedicated to Uruguay.

Through workshops, exhibitions, and events which include theatre, music, dance, religious ceremony, paintings and sculpture, artists and intellectuals, converge and share their cultures at the festival.

Gill told Newsday: “I saw a documentary about how the pan started in Santiago. These people have a passion for pan and there is a big following now. I saw backup singers dancing and singing salsa while the pan is playing. They told me they even played for the President.”

Last year, Gill read an article in the Newsday in which Sorrillo called on the public to donate a pan to members of the band in El Cobre. People including Gill contacted Newsday and pledged to assist. But Gill was the only one to fulfil his promise, first by donating two tenor steelpans. He subsequently donated more and earlier this year sent a local tuner to tune the pans.

Sorrillo praised Gill for his generosity saying the Cuban people are eternally grateful for the gesture. Sorrillo, who lives in San Fernando, is a member of the Venezuelan Afro-descendant Network (the Caribbean and Latin American). He is a former teacher at the Venezuelan Institute for Culture and Cooperation, Andrés Bello.

He remains active in studying and researching socio-cultural, political, economic and social aspects of the English-speaking Caribbean and maintains a close bond with his Venezuelan colleagues and compatriots.