It would be an understatement to say Aaron George, 25, has had a difficult life. He was emotionally taxed to the verge of suicide, recovered, and still struggles in some ways. However, now he is determined to push through, get an education, and help others who may feel as he once did.

At the moment George is an outreach officer with Childline, an NGO with the aim of protecting youths under 25. People also reach out to him separately to give motivational speeches at events and youth activities, which he usually does free of charge. Why does he do this? His personal experience motivated him to get involved.

George told Sunday Newsday he lived with his parents in San Juan until he was seven. Having had enough of the domestic violence meted out to her by her husband, his mother moved with her son to Arima into the home of his maternal grandmother. He said for two years he had limited contact with his father, but he recalled that one day he really wanted to see his father and begged the man to visit. “I got so upset when he told me he couldn’t come up that day. This was Sunday May 18, 2003. I told him, ‘You see this, I don’t ever want to talk to you again,’ and I was screaming and I was livid and hung up the phone. The next morning he died of a heart attack so my last words to him were that I never wanted to talk to him, and I never have.”

For a long time he thought that he could have been the cause of his father’s heart attack and that guilt affected him deeply. Also, after his father’s death, there was a lot of conflict between his parents’ families. He said his father’s relatives refused to give his mother or him, his father’s only living child, either the house in which he grew up or anything from the house. His father’s family even excluded his name from the funeral programme. “I didn’t really understand what that whole situation was about. What did they have against a nine-year-old?”

In addition his mother and grandmother had “conflicts” to put it mildly, and all of it – the guilt, sadness, and drama – proved to be a big distraction for him at school. But he pushed through, worked hard, went to lessons, and although he was very scared the morning of his Secondary Entrance Assessment Exam, he passed for St Mary’s College (CIC), Port of Spain. Gorge got involved in every extracurricular activity possible. He did community service, planned and helped set up school activities, helped prepare uniforms for sporting ventures, joined the cadets, became a prefect, and more. One of the reasons was because they gave him a reason to get to school early and stay late at night. “It was a getaway because my mother and grandmother had a lot of differences in opinion and they were very willing to express those differences. I couldn’t take that. It was too much drama, too much quarrelling, too much antics so one day in the middle of one of their arguments I just packed my bags and ran away from home.”

He went straight to his school and lived there for two weeks. He said a few of the teachers knew he was on the compound and he was given a key to the cadets’ room and slept on a bench there. He also did chores around the school and the teachers would pay him. His mother knew where he was but the 17-year-old refused to return home to a toxic environment. Around that time he went to the birthday party of a friend and spent the night at her and her pregnant mother’s home in San Juan. He woke up to a bailiff removing everything from the house. He asked his paternal grandfather who lived nearby to house the women until they got on their feet, and he stayed there as well although the house was not in a good condition.

However, his emotional state did not improve much during the next year and as he got closer to his Caribbean Advanced Proficiency Examinations (CAPE). In fact, it deteriorated rapidly. He said school was the only place he felt safe and accepted and he did not want to leave. “When it was getting down to those last days before leaving school, it became too much. I felt like I didn’t want to live any more. I didn’t see the point in it. I started giving away a few of my things.”

One day, as he was crying in the school chapel, a teacher approached him. Being vague he told her he made a decision and was trying to make peace with it. Fortunately she realised he was planning to attempt suicide and begged him to speak to the school psychologist. He was assessed, diagnosed with depression with psychotic episodes, was put on anti-depressants, and received therapy through the school.

George admitted that CAPE was very stressful but he got through it with the support of his therapists. “They advised me not to go to university right away but because I was in the CIC system for so long, and they always stressed on going to university, that was very much in my mind... From very young I felt that drive, that the only way for me to get out of my situation was my education so I pushed through with CAPE and, thank God, I got all A passes.”

He attended the University of the West Indies (UWI) and studied psychology because of his positive experiences with his therapists. He said they spoke to his teachers about his situation and the teachers accommodated him.

They also spoke to his mother and grandmother and explained how the environment they were creating affected him. “I was in a really dark place in terms of not seeing a tomorrow for myself. It was only while talking to the therapist that I felt I was really understood... I know I wasn’t saying anything for myself and I attribute me doing that now to them. They had the guts to say what needed to be said on my behalf, and I wanted to be that for a child.”

So, while living with his grandfather, his friend, her mother and a baby, George started his degree. He explained his tuition was covered by the Government Assistance for Tuition Expenses Programme but he still had to pay for books, there was hardly any food to eat, and his friend’s mother would leave for days at a time, leaving him to care for the baby and find money to do so. He did odd jobs and sold personal items to make ends meet but he missed a lot of classes and it was very stressful.

Reaching out to others

Through hard work and perseverance he graduated with first class honours and got a job with Childline. At that time he also confronted the mother of the baby about contributing to the household. He said she tried to compromise his job, and threatened him and his grandfather with the police if they put her out so he found an apartment and moved out. The situation was financially difficult for both him and his grandfather who survived on a pension. Therefore when the woman eventually moved out, his grandfather moved in with him, sharing the bills, and taking care of each other.

As things settled down he started looking into doing his masters degree. He even received a scholarship from the Ministry of Health to train at the Caribbean Institute on Addictive Disorders in Tobago, and was accepted to UWI in June 2017. One night he went out to celebrate and when he returned he found his grandfather on the ground. The doctors at the hospital told him his grandfather had a stroke, and he died a week later. “I said, ‘George, you are still young. You went through a lot before. Keep going with school. You already applied, you have things in motion, do not let this stop you.’”

George is currently two years into his masters degree in psychology. He works full-time, attends school full-time, pays his school loans, deals with the high cost of living and still gets extreme exam stress and anxiety. However, he said once he recognised that his life had value, no other experience could keep him down. He said it all makes him feel uniquely qualified to understand youths, get through to them, and help with their challenges. When he graduates, he hopes to explore how he could take helping others to the next level until he can set up an agency to help youths in need.

For those going through difficult times he said, “Never give up on yourself. You need that one bit of hope deep inside to push you through day by day, to make a change even if you don’t know how you’re going to do it.” To those who are depressed, he said he knows it is easy to be consumed by depression. However, he urged them to “have your own back” and to be careful when choosing their support system because support is essential. 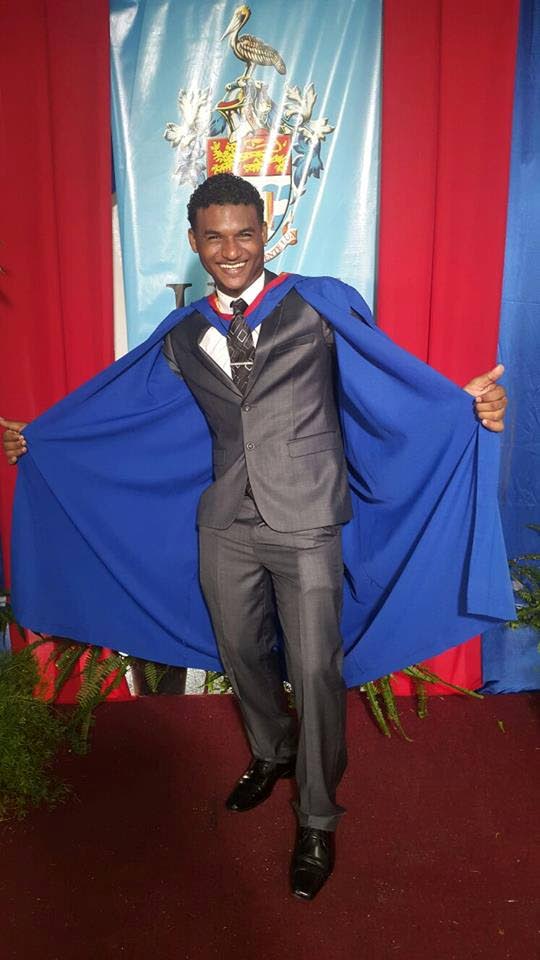 Reply to "Lifeline to Childline"