OVER 150 fishermen from the Grand Chemin Fishing Depot in Moruga have been crying out to successive governments for a new depot for the past 25 years. But so far, their cries have fallen on deaf political ears.

President of the depot’s association Lawrence Toussaint said fishermen have been suffering for the longest while and the authorities have ignored them totally.

“We have no toilets and no cold storage units.

“What we have here is not even fit to keep dogs, let alone fish items for sale to the public,” Tousaint said.

To make matters worse, he added, is the fact that the NP gas station in Moruga has been non-functional for a number of months and fishermen have to journey all the way to Princes Town to get gas for their boats in order to go out to sea to fish.

He said that Agriculture, Land and Fisheries Minister Clarence Rambharat had told them three years ago that government plans to rebuild the entire port in Moruga and a new depot was part of this plan.

“We have been suffering while we await a more modern facility promised by this government since 2016,” Toussaint said.

Councillor for Grand Chemin Laurent Joseph said he has been lobbying for the Princes Town Regional Corporation to assist fishermen in getting the facility repaired but there is just no funding from central government for this project.

“We have a number of cave lands and bridges to be fixed along the road from Princes Town to Moruga and there is no funding for this,” Joseph said.

In 2016, Energy Minister Franklin Khan said construction of a Moruga fishing port was expected to begin in 2017 at a cost of $300 million.

When Newsday visited earlier this week, there was no evidence of such construction.

Only an old, decrepit building where “PNM” was crudely painted on the wall at the side of the fishing depot building.

Efforts to reach Moruga/Tableland MP Dr Lovell Francis, who is also Minister in the Education Ministry for a comment, proved futile. 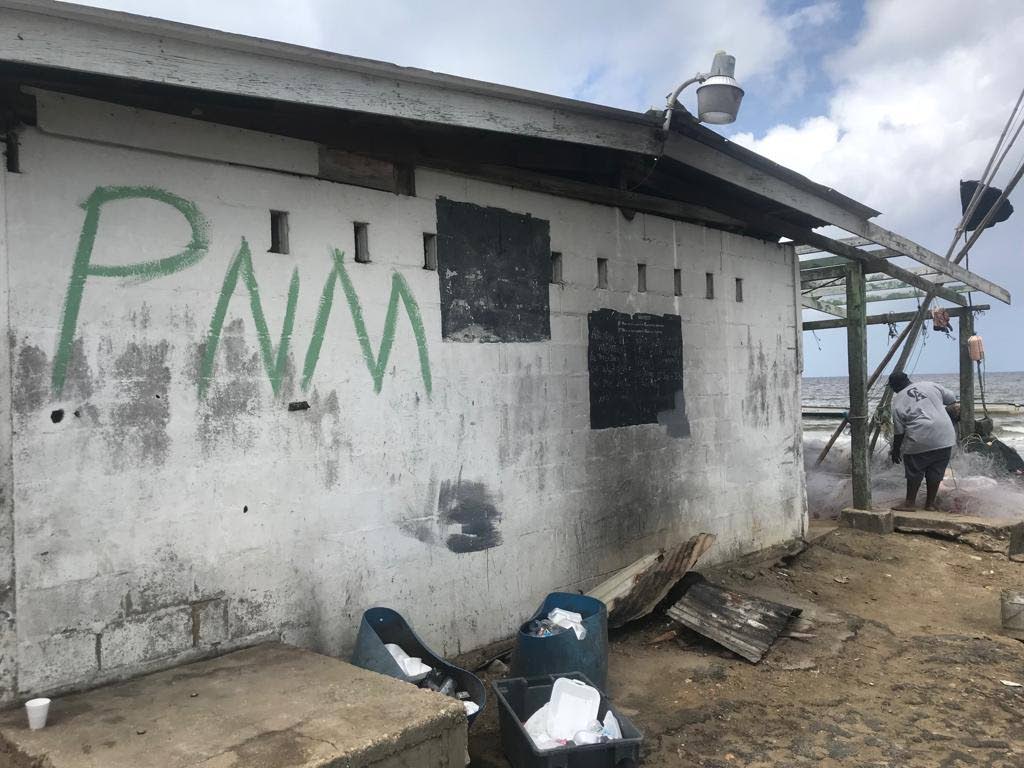