ANDWUELLE Wright leaped into the record books again, breaking his own national men's long jump record at the North American, Central American and Caribbean (NACAC) Under-23 Championships in Mexico, yesterday.

Wright won gold with a huge effort of 8.25m, tying him for the fifth best in the world for 2019. Leading the way this year is American Jeff Henderson with a 8.38m performance.

The achievement by Wright booked him a spot at the 2019 World Championships and meet the 2020 Tokyo Olympic Games qualifying standard.

Taking silver at the NACAC Championships yesterday was Jamaican Shawn Thompson with a 8.05m leap and his countryman Wayne Pinnock grabbed bronze with an effort of 7.97m. Wright's leap also broke the 2006 games record of 8.03m previously held by Cuban Wilfredo Martinez.

Wright has been in tremendous form for over a year, with his career improving by leaps and bounds.

On June 23 last year, Wright broke the national record at the NGC/Sagicor National Championships at the Hasely Crawford Stadium in Port of Spain. On that day he disturbed the sand at 8.23m to break the 19-year record of 8.14m held by his coach Wendell Williams.

National Association of Athletics Administration president Ephraim Serrette confirmed that Wright qualified for the World Championships and Olympics but said he will have to remain consistent to maintain his spot in Tokyo next year.

The 2019 World Championships will be held from September 27-October 6 in Doha, Qatar and the 2020 Olympics will take place in Japan, from July 24-August 9.

Serrette hopes Wright's achievement will motivate other local athletes who are based in TT.

"He is also based at home, so it says a lot for him and the confidence we have in the local coach as well, Mr Wendell Williams...It augurs well for our sport to inspire the other athletes to believe in themselves and to aspire to bigger things. I think it was a good start for the meet today, he led off and led off with a gold medal."

Serrette said with support and quality competition, Wright will continue to improve.

"He continues to grow. Once he gets the necessary competition and the support (he will achieve). Support is very critical, because to keep him at that level it means we have to get events for him to compete at the highest level, like competitions in Europe. He would have spent some time earlier this year in Germany at a camp, but all this is a lot of money so we don't need the money just when the medal comes but (for) the preparation aspect. The athletes need the support."

Serrette said NACAC is beneficial for athletes transitioning from junior to senior level. "Some people develop later than others and sometimes if there is no competition and they jump straight from Under-20 into the open (category) they tend not to stay too long if they think they not transitioning fast enough. At least this kind of competition will keep them a little longer and help them to really make a decision as to what they would want to do in the sport."

In other events, Shaniqua Bascombe qualified for the finals of the girls Under-18 100m event with the fifth fastest time of 11.90 seconds. Jerod Elcock stopped the clock in 10.25 to qualify for the final of the Under-23 men's 100m final with the fifth fastest time and Devin Augustine has the sixth best time of 10.73 going into the men's Under-18 100m final. Those finals took place last night. 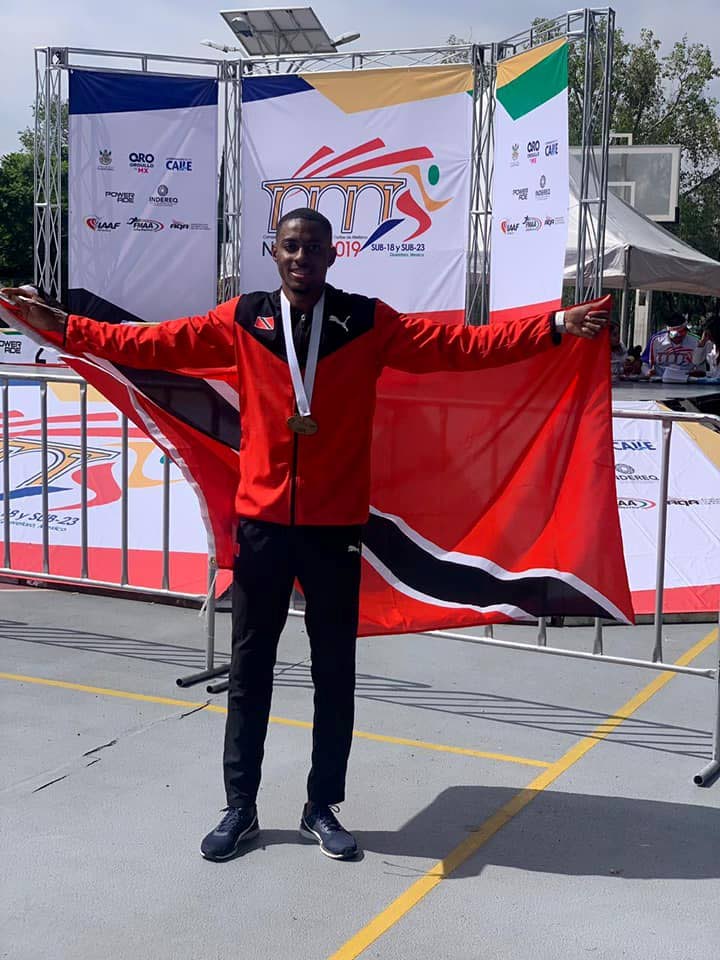