JAPANESE Ambassador to TT Tatsuo Hirayama has agreed to lend his country’s technological expertise to mitigate the impact of natural disasters in the Caribbean, including TT.

With Japan hosting the 2020 Summer Olympics in Tokyo, Ambassador Hirayama has also offered help with visas for athletes and visitors and is exploring opportunities to put together a package which may include air fare, accommodation and transfers.

Those were among areas of co-operation discussed with San Fernando mayor Junia Regrello during a courtesy visit on Monday, the ambassador’s first since his arrival in January. He replaced Ambassador Mitsuhiko Okada who served in the position for four years.

Hirayama expressed an interest in strengthening relations in economics, education, sports and culture during a news conference at City Hall, San Fernando.

Japan has suffered from deadly earthquakes, tsunamis and volcanic activities in the past and has come up with innovative and imaginative ways to combat the destruction.

Last August, a 6.9 earthquake rocked TT, and while no deaths were reported, significant infrastructural damage was recorded.

Hirayama expressed a willingness to use Japanese technology to mitigate the impact in the Caribbean, when a question was put to him.

Regrello said, “San Fernando is in a position for development, the Waterfront is a big investment and people have an interest in being part of it. The ambassador has spoken about lending assistance to the fishing industry and the fisherfolks who have a critical role to play as we embark on the Waterfront Development and that tells me he has an interest.”

Culturally, ambassador Hirayama said steelpan music wwas very popular in Japan which had developed its own bands. Earlier this year, TT artiste Five Star Akil shot a video in Japan, but the ambassador said he was not familiar with that video.

With the Olympics a few months away, Regrello said there were athletes from San Fernando who would be participating, and the discussion was continuing in terms how San Fernando could benefit.

“Tokyo has sentimental value for me as it is the place where at the 1964 games, Wendell Mottley won a silver medal in the 400 metres and bronze with the men’s the 4 x 400m relay team. But it is not a place people go easily. What happens is that usually friends and family support athletes and if that is to be done in an organised fashion, we will need the advice and guidance in securing packages for the tourists.

“The ambassador has agreed to help,” Regrello said.

In terms of Japanese visitors to this country, the ambassador said he did not have a figure, but he could encourage visits based on, “TT’s natural beauty, interesting music and possibly through sport exchanges.”

Regrello said the city was always seeking advice and co-operation to enhance and improve San Fernando. 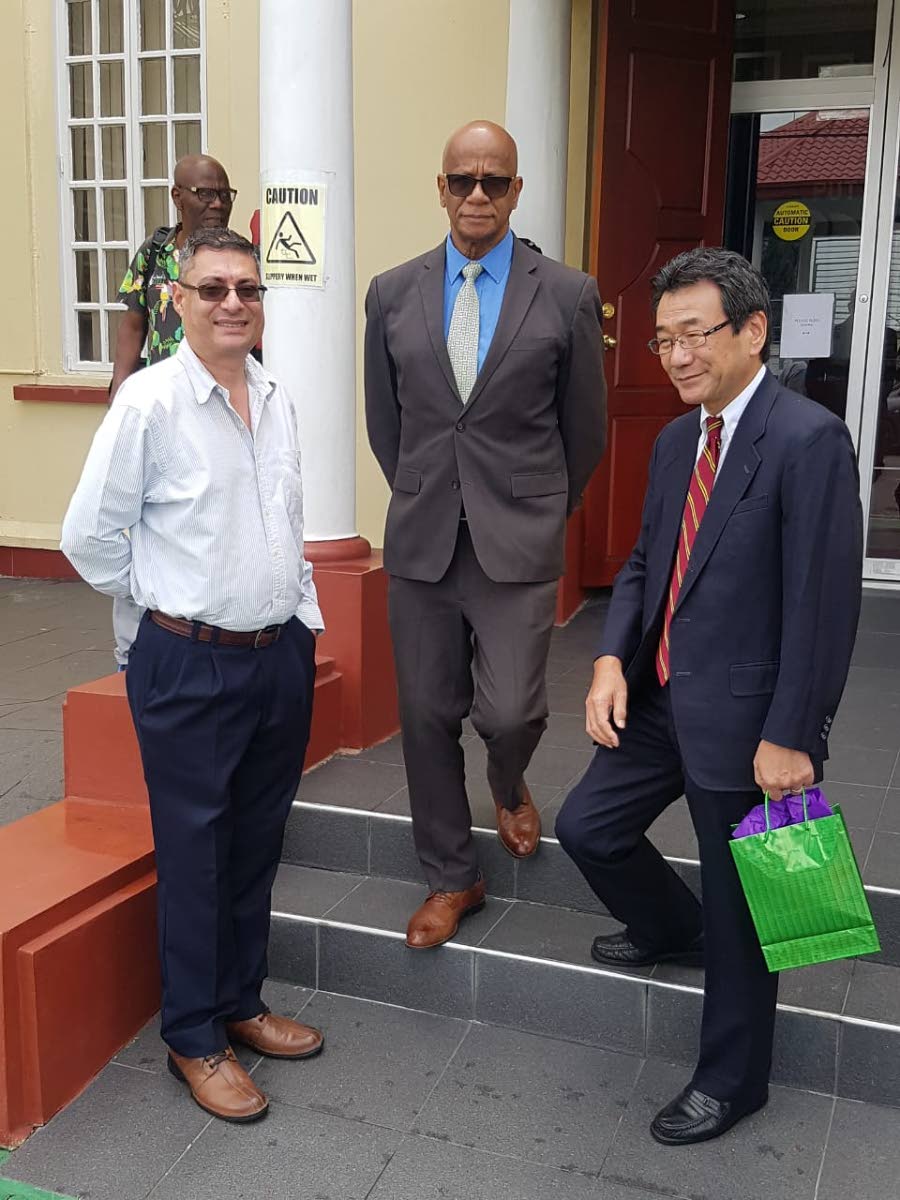