Risking his health, 70-year-old Austin Le Gendre gathered some plastic bottles and filled them with potable water from a standpipe on the corner of Naparima Mayaro Road and Mc Sween Road in Tableland.

Like other residents of Tableland and environs, Le Gendre complained that, for the past few weeks, they had not received any water from the Water and Sewerage Authority (WASA).

Le Gendre, who lives at Mantacool Road, said he recently suffered a stroke and had spinal problems.

As he filled his bottles, the jovial retiree said: "We normally get water from WASA, but for about a month now, we have not received any water.

"This is the first time I am coming by this pipe. My madam wanted to come here for it, but I say it is better if I get sicker than she gets sick."

He said in his garden there were two "dams" from which the family used water to wash and for other chores. He told Newsday he had contacted WASA many times and they always promised a truck-borne supply.

"It is real problems for the low-class people like me to get water. I have to put the bottles in the car and I have spinal problems."

Dalchand Seunarine, 56, who lives at Sixth Avenue, said he had five tanks, and all were empty.

He said he took care of his 88-year-old mother, a cancer patient, and water was essential for the family.

"Up to yesterday, I went to WASA and workers said they received many requests from the Tableland area. My mother is sickly, and I have four grandchildren. Tablets alone for my mother cost about $2,000 monthly I have spouting but there is so much dust around," Seunarine said.

Because of the water problems, Seunarine said he had to buy water from private suppliers.

"I pay $500 for three tanks of water. People can take away my electricity, because I would be able to still light a candle. But I cannot handle if they take away the water. We are under pressure for water."

In a media release yesterday, chairman of the Princes Town Regional Corporation Gowrie Roopnarine said he had been flooded with hundreds of reports by residents. Roopnarine, the councillor for the New Grant/Tableland district, said they had been without water for the past 17 days. Many had contacted WASA to ask for water, but had not received any.

The corporation has been assisting "but can only do so much" with the limited trucks at its disposal.

WASA is advising customers supplied by the Navet Water Treatment Plant in parts of south-east Trinidad that the current pipe-borne water supply being experienced may persist over the coming weeks.

A media release yesterday from WASA’s corporate communications department said the reduced regularity of supply was due to low levels at the Navet Reservoir. That results in reduced production at the facility, which continues to negatively affect customers at high points and the extremities of the pipeline distribution system.

The Navet Reservoir is at 18 per cent capacity, while the long-term average for this time of year is 45 per cent.

"As a consequence of this prevailing situation, the Navet facility is currently operating at 50 per cent of its production capacity, that is, ten million gallons per day (mgd), instead of the normal 20 mgd," the release said.

To mitigate the impact of the reduced supply from this plant, WASA has been redirecting supplies from the Caroni Water Treatment Plant and the Point Lisas Desalination Plant. The release said WASA has also increased its water trucking service to affected areas and will be making further additions to its water trucking fleet over the coming weeks.

It said: "The authority wishes to assure that it remains committed to working closely with local government and other representatives from impacted communities, to ensure the availability of water supply to all customers." 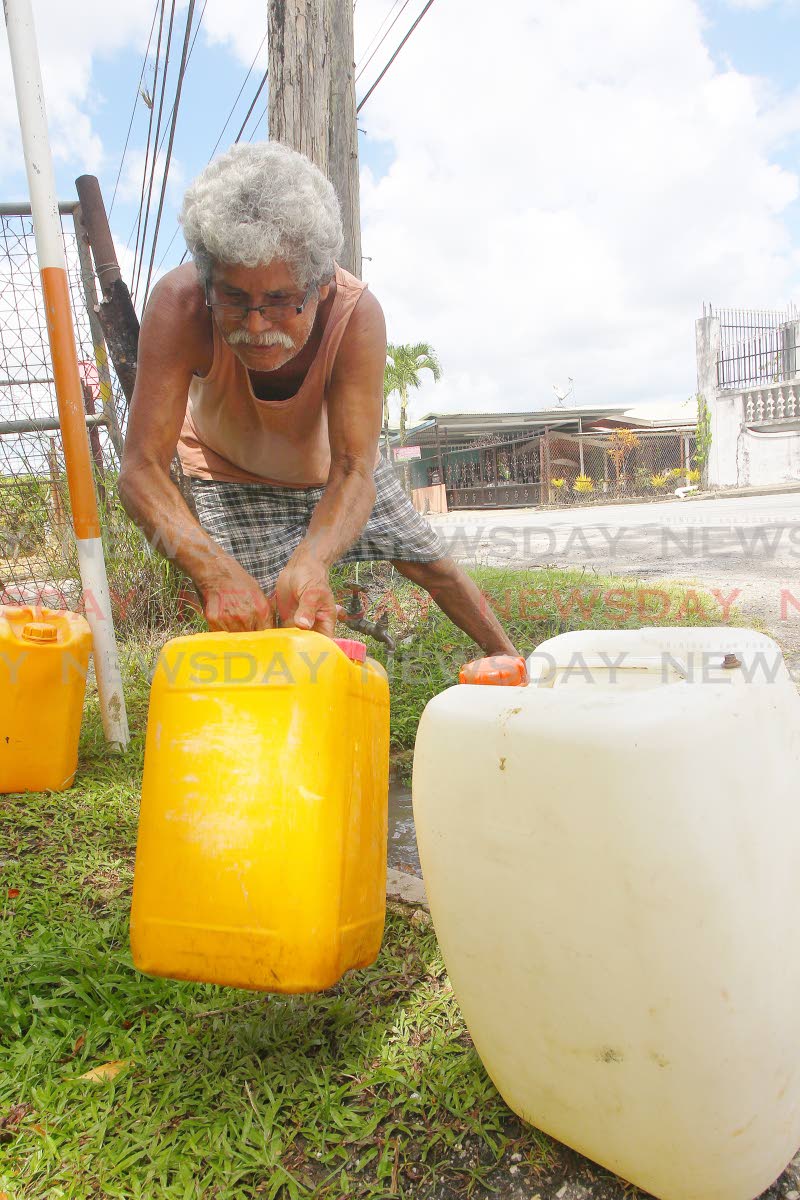 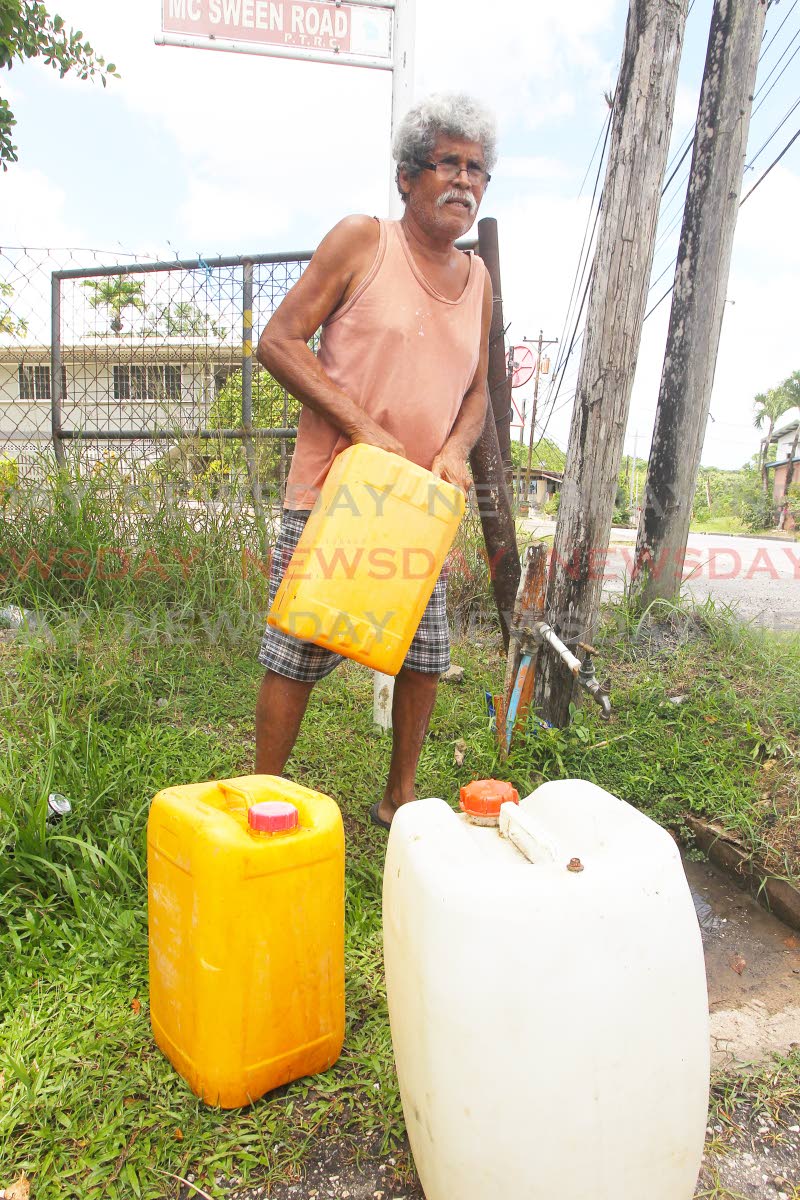 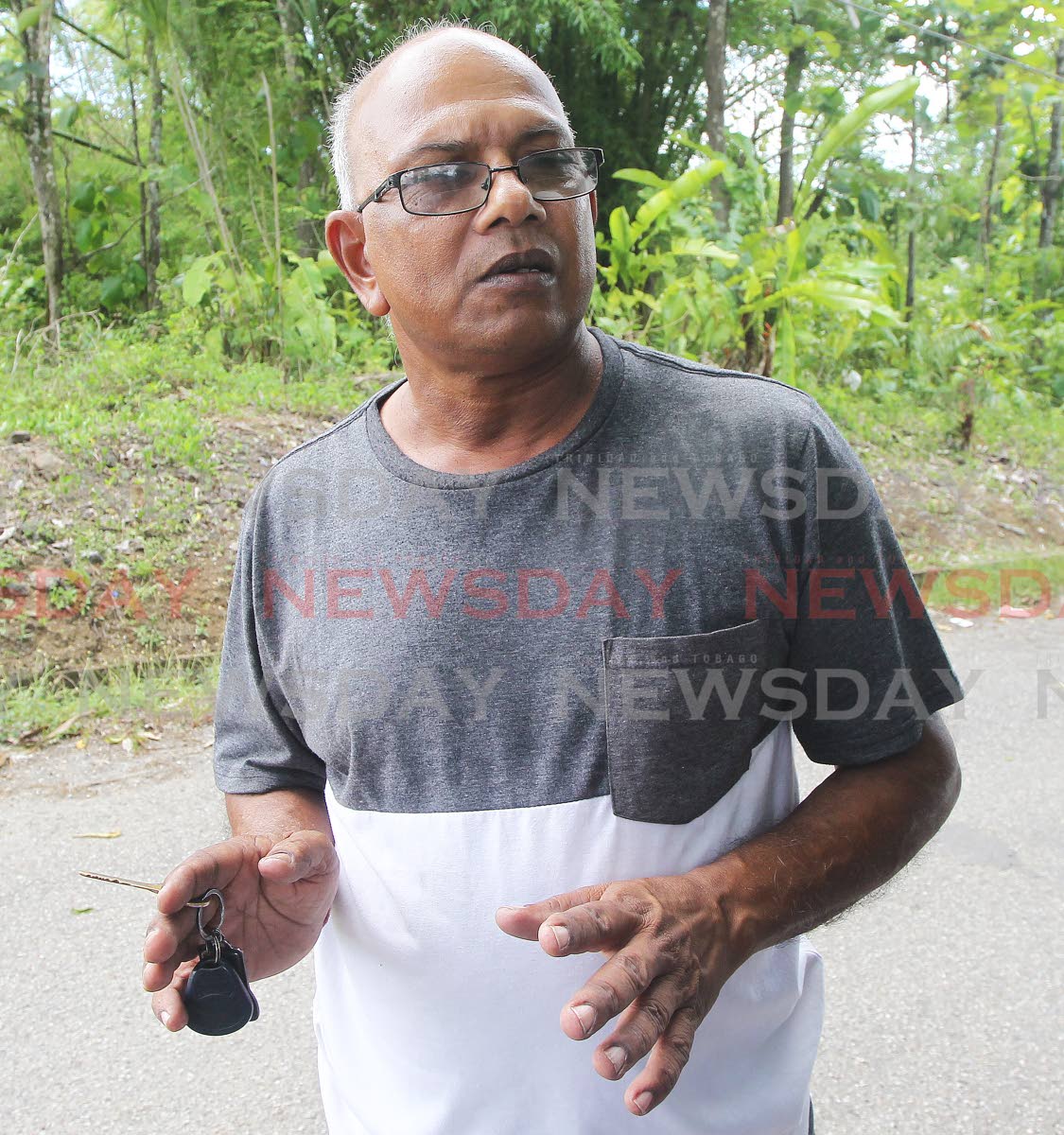