USING the Little Red Riding Hood story as an analogy, Movement for Social Justice political leader David Abdulah warned workers to be wary of certain people who offer themselves as the solution to poor governance.

Addressing thousands who braved heavy rains at the beginning of the annual Labour Day march at Avocat Junction in Fyzabad on Wednesday, Abdulah asked the former workers of Petrotrin, TSTT and the UTT who were retrenched whether they were happy. After a resounding “no,” Abdulah told the crowd if they are disgusted by leaders like the Prime Minister and Opposition Leader Kamla Persad-Bissessar, it was time for them to make a change.

“In the story of Little Red Riding Hood, Kamla is the wolf disguised as the grandmother. She is still a wolf no matter what she says.”

He called on workers who have been working on meagre salaries for “umpteen” years to turn their anger and pain into positive energy.

“It is time to take action and organise because that is what Tubal Uriah “Buzz” Butler did 82 years ago.”

Butler, he said, placed the interest of the workers on the front burner.

President of the All Trinidad General Workers Trade Union, Nirvan Maharaj, also addressed those gathered saying it was imperative, now more than ever, for trade unions to unite and send a message to the Government and Opposition that it was time for them to stop playing games with the lives of the working class.

“We have to send a message to party financiers and members of the Parliament on both sides of the divide. The cabal controlling the economy and the resources of this country must know that we are fed up of the injustice and the oppression and the exploitation perpetrated on the workers of this country.”

Maharaj said the country is on the brink of collapse with the nation’s sons and daughters being slaughtered on the streets and women and children being brutalised. Public institutions, he said, are falling apart and the health and education sectors are in crisis with thousands of people being retrenched.

“Today you have to stand up and fight for your country otherwise no one else will do it for you. Whatever you have, you have earned it by your sweat, blood and tears.

“No one has a divine right to your support because they look like you, they have to serve your interest and you. Your birth certificate did not say you have to vote the PNM or the UNC, you have freedom of choice. Do not let any political party own your vote, instead, let them earn your vote.”

Representing the workers of the Port of Spain City Corporation under the Amalgamated Workers Union, Cassandra Thompson said many were still earning 2004 salaries.

“We have another expired negotiation coming up and I call on the short man, Colm Imbert, to start negotiations now,” Thompson said.

Banking, Insurance and General Workers Union representative Herbert Johnson said the Labour Day march is the parliament of the people. “It is in Fyzabad today that we will determine the future and the direction of the working people of this country,” he said, adding that there is another parliament which meets in Port of Spain and the people there are voting to improve the benefits of people who already have enough. 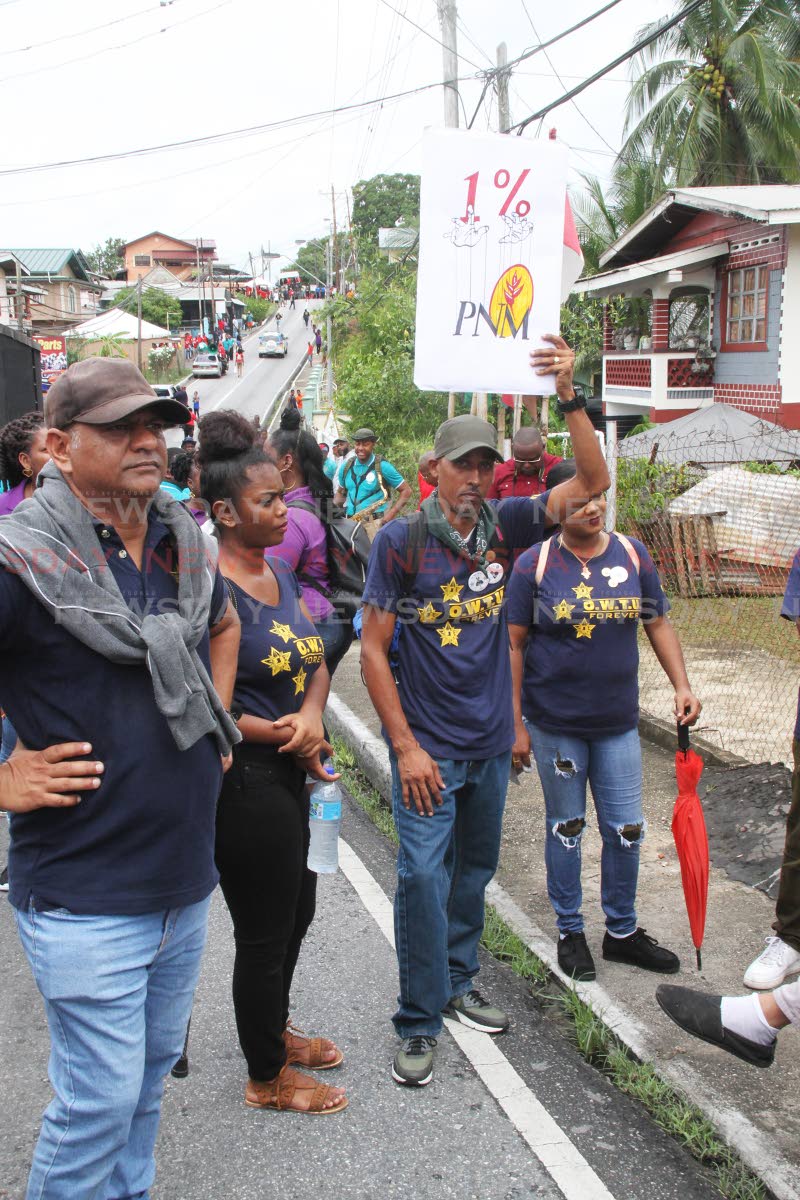 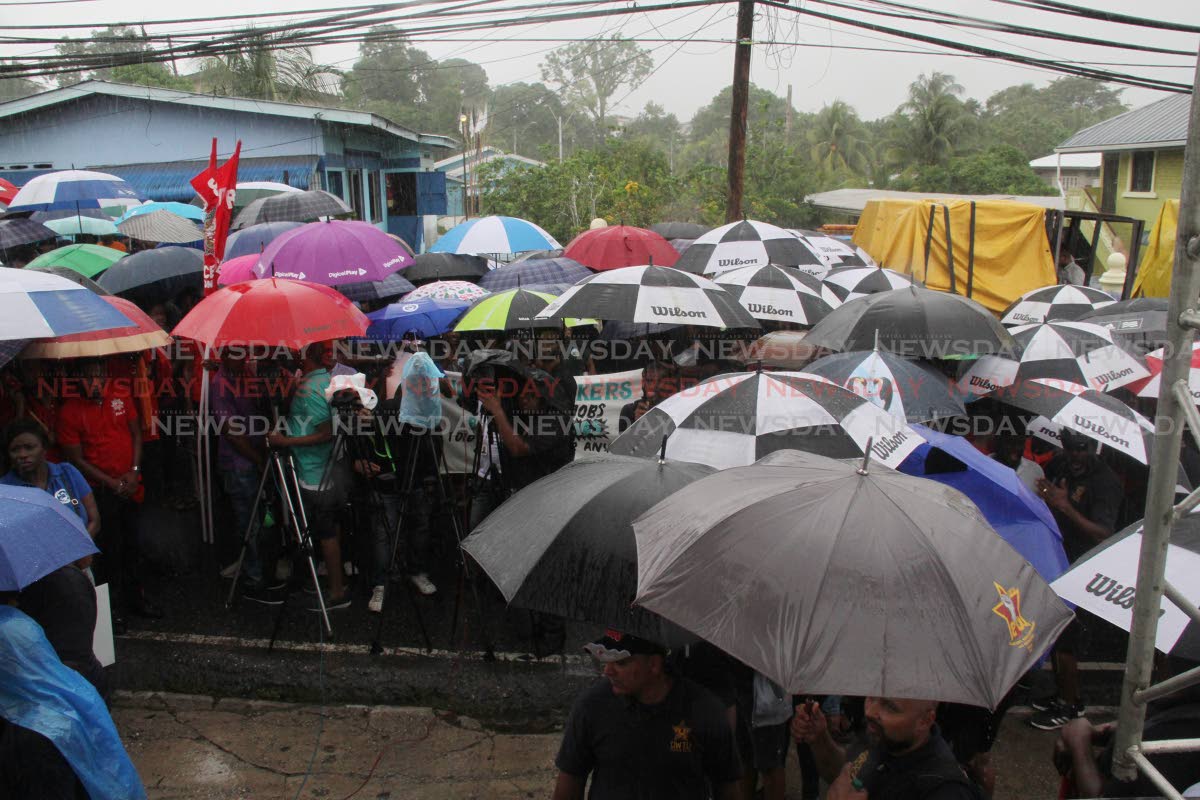