Over 700 Venezuelan migrants lined up outside the Queen's Park Oval, Port of Spain, from as early as 11 last night in the hope of being registered this morning. Large numbers of men, women and children were seen sitting on the pavement and lingering around the Oval with the intention of being among the first. Good samaritans were helping the migrants with food while they waited on the hard concrete for the hours to pass.

Every night since the registration process began, artist Peter Sheppard has been helping the migrants, been handing out food and drink to those who are hungry, and blankets and pillows to women and children. Sheppard described the crowd last night as half that which was there on June 11.

He said he was moved to help when he first saw several migrants outside the Oval at around 10pm the night before the first day of registration. After seeing them without any real aid, he felt moved to do something.

Since then he has been going out every night to provide food, while also managing to engage some of his neighbours and friends in the kind act.

"Migrants would also see us and offer to help us distribute," he added.

Many of the migrants had actually been waiting since daytime, but after going inside the Oval had still been unable to register. They were instead given a chit with a number and told they would be given priority the following day. They chose not to go anywhere for fear that the chit and promise would be null and void unless they were at the front of the line. 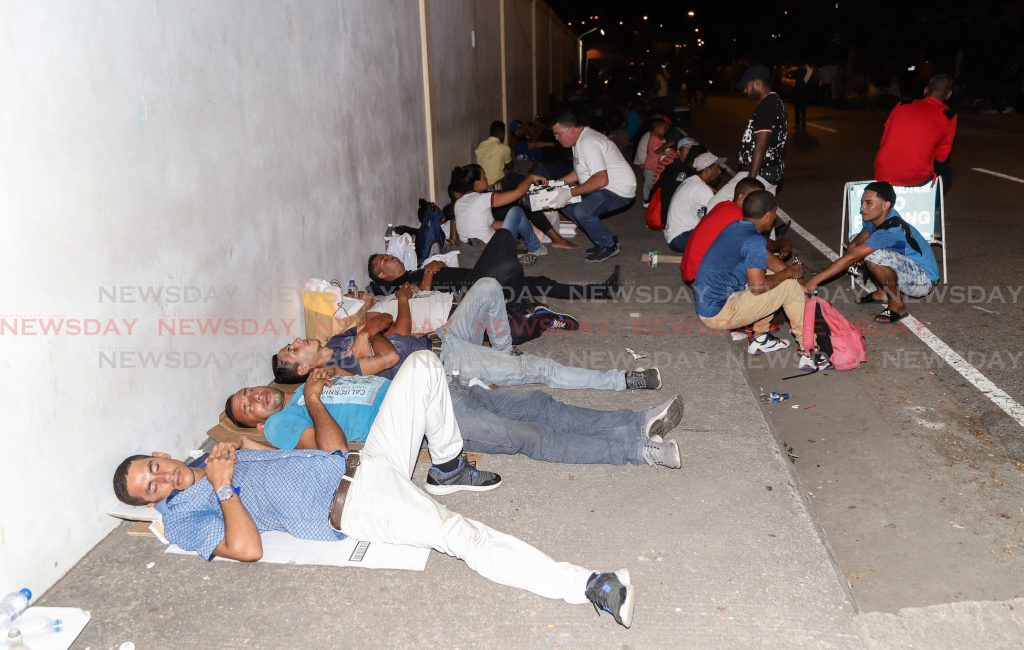 The migrants were happy to receive the food given to them last night by Sheppard and his posse, who distributed 400-500 meals in a very short space of time.

"The problem is not that these people don't have money to go and buy food. The issue is that they can't move because they do not want to risk losing their spot in line," Sheppard told Newsday.

One helper said, "It is sad to see people like this. These are not uneducated people. Behind me are engineers and highly skilled people who have the pride stripped from their faces being here in this situation. They do not want to be here. They are moving from a bad situation in Venezuela to an uncertain one in Trinidad."

Unlike the registration centre in South, the Oval does not have any bathrooms for those waiting overnight to register. Sheppard said the migrants are using Nelson Mandela Park.

"I have been pleading since the first day for bathroom facilities, because they are going in the park. There have been steady streams of people going to the park to use the bathroom, so much so that we put rolls out toilet paper on the barricades that are just before the park."

Shepard said once the Oval shuts its doors, all facilities inside are closed.

"An organisation wanted to sponsor the toilets, but the problem is getting authorisation."

The number of Venezuelan migrants trying to register continues to increase as the final day of the process comes closer. 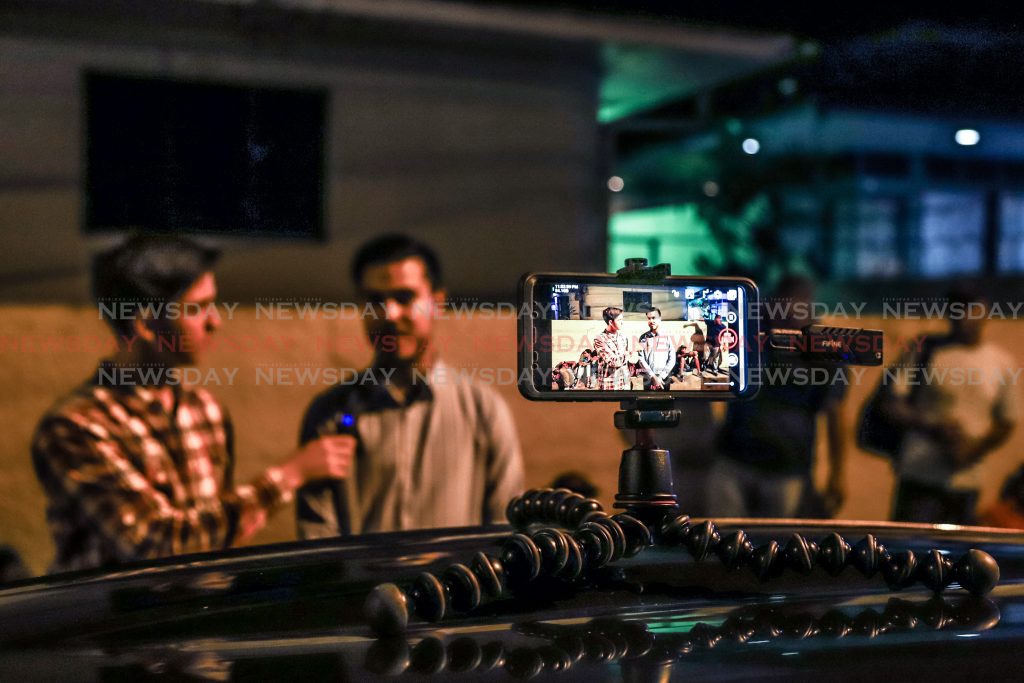 The increase in the number of migrants appearing at the Oval at night could also be due to recent statements made by senior government officials. On June 11 Minister of National Security Stuart Young said the registration period would not be extended. Added to this migrants the Commissioner of Police said on June 12 that immigrants who are not registered will have a nice "conversation with the TT Police Service."