On Monday, Energy Minister Franklin Khan, on behalf of the Government, gave details on the outcome of the Prime Minister’s meetings with top executives from the major multinational energy companies operating in TT. Dr Rowley led a delegation, which included Khan and Minister in the Office of the PM, Stuart Young, to the headquarters of Shell in The Hague, Netherlands, BP in London, UK, and then with BHP and EOG Resources in Houston, Texas, US.

The following is an excerpt of Khan’s speech to the House of Representatives, framed against a backdrop of falling commodity prices, increased competition for foreign direct investment, and the Prime Minister’s Spotlight on Energy speech last year where he alleged that through transfer pricing and other leaks in the system, TT had lost almost US$6 billion. The government has been in negotiations with BPTT and Shell, since the middle of last year, and had finally come to some agreements, which will hopefully be finalised in the coming months. Khan called them “landmark agreements in the history of the country.”

The Government team entered into negotiations with BPTT in August 2018, after a few months of preparations, which included, reviewing the complex legal positions and planning our strategies.

The first part of phase one of the negotiations with BPTT was completed and resulted in the approval of the Atlantic LNG (ALNG) train one marketing arrangement (which contained a significant increase in revenue to the Government, based on a new formula and LNG cargoes for NGC, for the first time). The extension of BPTT’s South East Coast Galeota licence (which led to the sanctioning of the Cassia project), settlement of the legacy royalty gas issue and NGC’s domestic gas shortfall. On December 14, 2018, the Government and BPTT executed the agreement with respect to the first part of the phase one issues. This was followed by a payment by BPTT of approximately TT$1billion as settlement of the legacy issues of royalty gas and an interim payment to NGC on its domestic gas shortfall.

The negotiations with Shell began in August 2018, but was deferred to December 2018. However, in the interim, Shell as a major shareholder (46 per cent) of ALNG Train I was an integral part of negotiations with BPTT on the marketing arrangements for train one. Arising from these negotiations a pricing formula for a train one FOB (free on board) price that comprised one-third Brent, one-third UK NBP (national balancing point) and one-third JKM (the Asian LNG market price as set by Japan Korea Marker) and which included the fixing of re-gasification and shipping costs, were agreed to by BPTT and Shell and accepted by the other ALNG (one) shareholders CIC and NGC.

This new marketing arrangement was projected to provide the Government with significant incremental revenues of approximately US$118 million (TT$800 million) per year. Whilst there has been an unforeseen delay in the life extension of train one due to BPTT’s concern about its availability of gas for the train, the shareholders are due to meet in June 2019 to determine the way forward.

The Shell specific issues were centred on ALNG marketing arrangements for trains two, three and four and its upstream operations.

Consequent on Government’s push for an improved revenue stream and after months of complex and challenging negotiations, there was agreement that Shell would enhance the revenue to the Government; these enhancements are estimated at approximately US$944.7 million over the period 2018 to 2027, that is, before the expiry of the agreements for trains two, three and four.

It was also agreed that in phase two of the negotiations, the issue of restructuring the four LNG trains into a single unit would be the focus. The Government will be seeking to increase its shareholding throughout Atlantic LNG. At present, Government through NGC has a 10 per cent equity holding in train one and an 11.1 per cent equity holding in train four, but none in trains two and three.

Shell, through its investment in the re-development of its East Coast Marine Acreage (ECMA) Blocks E, 5a and 6b has seen an increase in its gas production from an average 500Mmcf in 2017 per day to currently 750Mmcf per day. The production sharing contracts (PSC) for these blocks expire over the period 2022 to 2026. To facilitate the continued production from these blocks, Shell requested an extension of the PSCs, this formed part of phase one of the Shell negotiations.

Government eventually agreed to the extension of the PSCs to 2030. It was also agreed to use the new train one FOB price in future investments, which will provide improved and increased revenue to Government.

Shell also requested an extension of its NCMA-I PSC, which expires in March 2022. Shell requested the extension of the terms of the PSC to facilitate continued gas production and access to future projects, including the Dragon project and the Colibri project. Government agreed to the extension. It was also agreed to use the new train one Formula in further investments, which again will provide increased revenue to Government. In addition, we negotiated that subject to projected available facility capacity, the Government will be entitled to utilise up to 50 per cent of NCMA infrastructure capacity with no liability for any historic capital cost. There will be an equitable sharing of operational expenses and any new capital cost.

The Government and Shell also agreed that gas supplied from these PSCs and any newly sanctioned PSCs for the production of LNG will be based on the new train one FOB formula. It is estimated that the value of approximately US$3.3 billion will accrue to the Government from the Barracuda and Colibri projects over 2020 to 2029.

In relation to downstream activity, the Government and Shell agreed on an equitable allocation of a gas supply between the domestic market (sales to NGC) and gas exports (LNG).

Another major outcome of these negotiations has been the resolution of ambiguity in the interpretation of contractual arrangements between the Government and Shell.

A consequence of varied interpretation of these arrangements has been a suite of claims raised by the MEEI and NGC, and Shell. In charting the way forward, a zero settlement was agreed for all such claims except those not in dispute and areas of ambiguity were resolved, and Shell agreed to make a payment to the Government without any admission of liability.

The outcome of these phase one negotiations with Shell resulted in an agreement to pay the Government approximately US$397 million to the end of 2019 and the parties are moving onto phase t of the negotiations, which surround the restructuring of Atlantic LNG.

The agreement on the upstream issues has also cleared the way for the finalization of a new Shell gas supply contract with NGC. 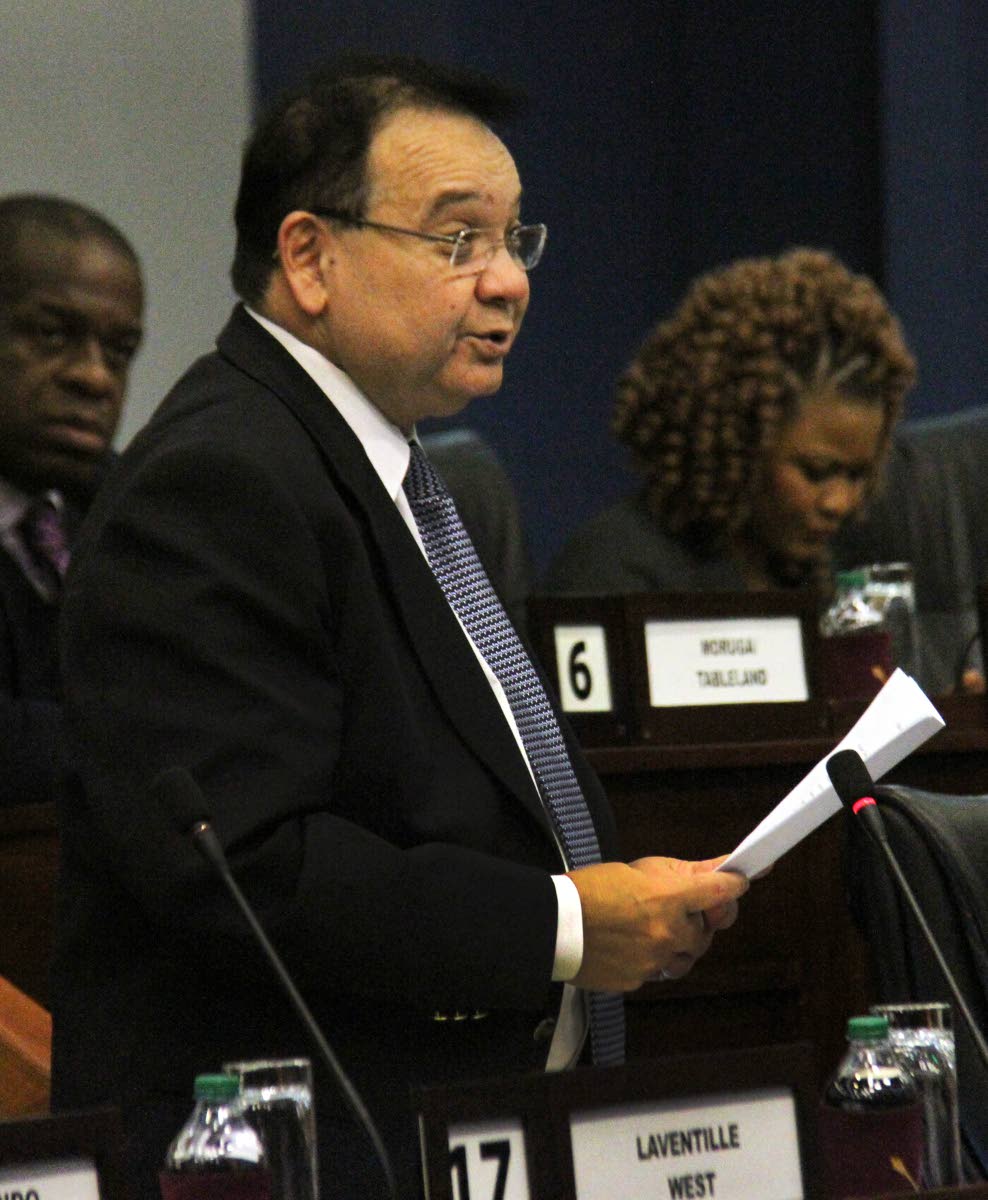