A PENAL man found with two yellow-footed tortoises hidden inside a deep freeze at his home told a magistrate the animals were being used in spiritual rituals.

Kion Charles, who appeared yesterday morning before magistrate Margaret Alert in the Siparia Magistrates’ Court, said he was a member of the Spiritual Baptist faith and he had more than one tortoise at his home which he used for rituals.

When police searched his home they found only one tortoise. The freezer was nonfunctional, the court heard. The charge read to Charles said he had the tortoise, which is a protected animal, in his possession. He pleaded guilty to the charge, laid by game warden Jeremy Dindial.

Prosecutor Sgt Starr Jacob told the court on Tuesday, police had gone to Charles’s house at Quarry Road, Morne Diablo to execute a search warrant for robbery when they made the discovery. Charles was arrested and taken to the Penal CID. Game warden Andy Singh and others were contacted and took the tortoise into their care.

The animal was taken before the magistrate yesterday. Charles was ordered to pay $3,000 in fines or in default to serve three months’ hard labour.

In a separate case, police arrested and charged Aaron Torres,23, along the Penal Rock Road in Penal, after they found two yellow-footed tortoises in his car trunk.

Torres pleaded guilty to the charges laid by game warden Bisham Madhu. He was fined $4,000 or in default six months’ imprisonment for both charges. The magistrate ordered the tortoise to be released into the care of the Emperor Valley Zoo. 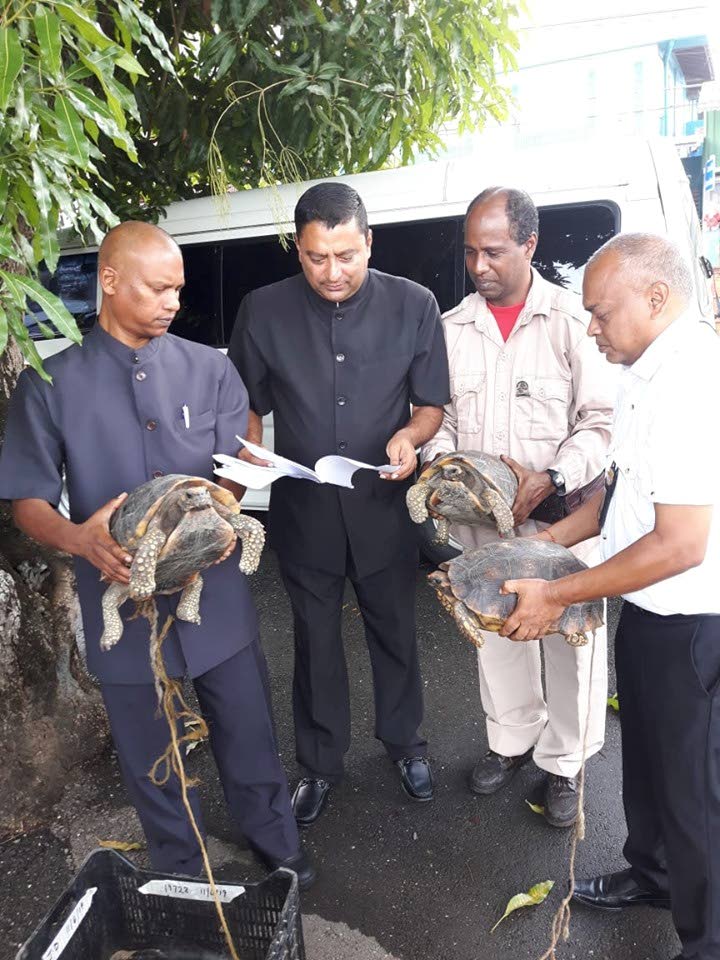