RESIDENTS of Samaroo Trace in Aranguez were yesterday traumatised as they recalled the haunting screams of three members of a family who were trapped in their burning home and eventually perished in the flames.

“Help meh, oh God come is fire. Help meh,” a man was heard screaming from a window on the top floor of the burning house as smoke billowed from all around him.

The man’s chilling cry for help is heard in a video recording of the fire which swept through the upper floor of the Singh family home during the early morning hours yesterday. The video was uploaded to social media where it quickly went viral.

Firemen from Wrightson Road and San Juan Fire station responded but could not save Raj Singh, 70, his wife Leela, 68, and their 33-year-old son Shiva. Tenants in several apartments on the ground floor managed to escape and were unhurt. The entire top floor was gutted.

Residents who spoke yesterday said they could not save the Singhs despite their best efforts and believe if firefighters had arrived sooner, the three might be alive today.

Relative Shamraj Rhambaju told Newsday he lives just behind the Singhs’ home and heard their cries for help at 2.20 am. Rhambaju said he alerted other neighbours and a rescue attempt got underway.

“We tried to break down the doors to get inside, but we couldn’t. The ladders we tried to use to climb up to the windows weren’t long enough, either.

“I think if they (the fire officers) got here ten minutes sooner, those three might be alive today and you won’t be speaking to me,” he said.

Another resident said he tried to get the family patriarch, Raj, to jump out of a window, but he was unable to. Leela’s niece Sunita Bansingh-Rhambaju said she awoke to the sounds of glass breaking and saw flames from the top floor of the house.

“I saw the flames, but by the time I could get down the stairs outside my house, the entire top floor was on fire. It’s really tragic what happened.” Fire officers said while the source of the blaze was still unknown, they believe it started in the kitchen at the back of the house and spread to the bedrooms and eventually the living room. The wooden ceiling only helped to feed the savage flames.

Residents said Raj was retired from the St Augustine nurseries and his son worked as an accountant at RBC. Relatives said the couple’s last child, Sasha, lives in the Cayman Islands and was told of the news yesterday.

She was expected to return home last night.

In the video, a motorist uses his cellphone to record three videos of the burning house.

A man, believed to be Raj Singh, is seen standing by a window screaming for help. Firemen said that after the blaze was doused and they entered the building, they found the charred remains of the three which were removed to the Forensic Science Centre in St James for autopsies. 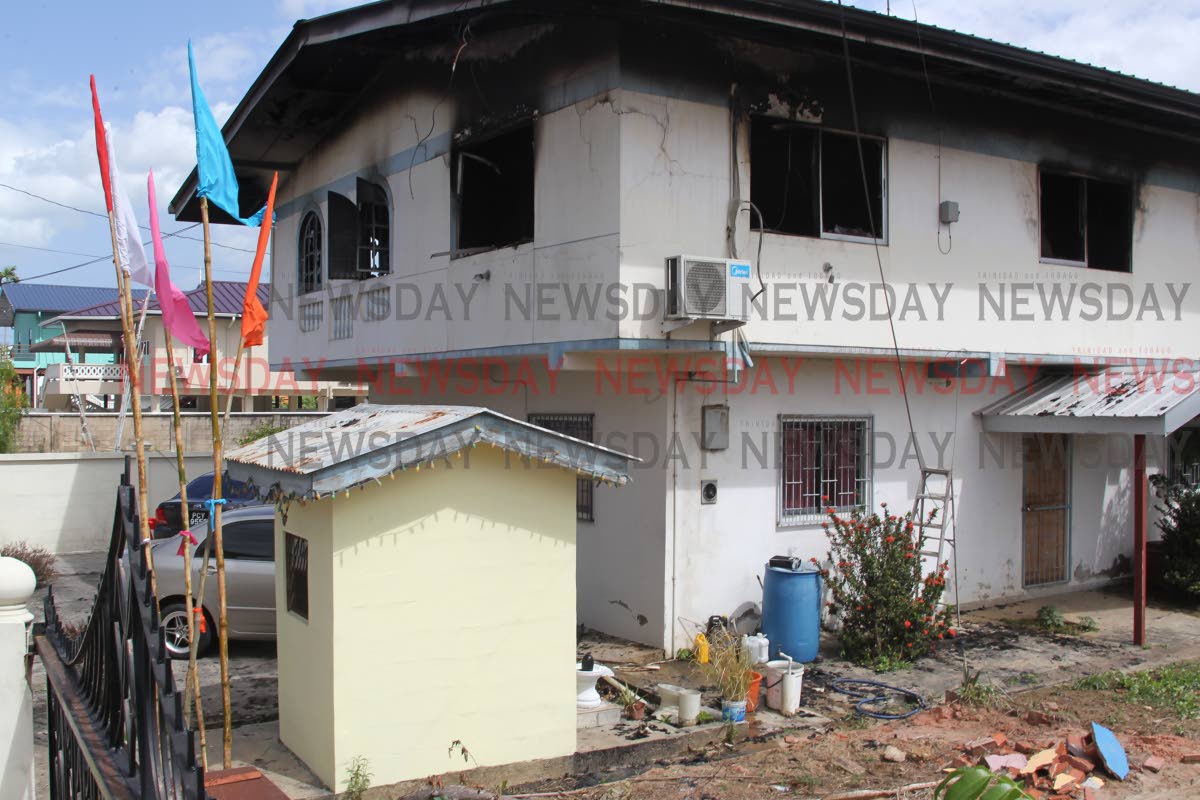