Moments after delivering a petition calling for the completion of the Ramai Trace Hindu Primary School, Oropouche East MP Dr Roodal Moonilal promised to “make life uncomfortable” for Education Minister Anthony Garcia should the school remain incomplete. Moonilal was addressing scores of pupils, their parents and members of the Ramai Trace community after their six-mile journey from Ramai Trace, Debe to the ministry at Sutton Street, San Fernando.

The march began at 9 am under a scorching sun and witnessed students dressed in their school uniforms and accompanied by their parents and Ramai Trace residents walking along the busy SS Erin Road towards San Fernando. They were accompanied by police both on foot and in marked police cars as well as a DJ truck and two vehicles mounted with loudspeakers. Moonilal, together with former education minister Dr Tim Gopeesingh and several other activists, presented the school supervisor with the document, which contained over 1,000 signatures. 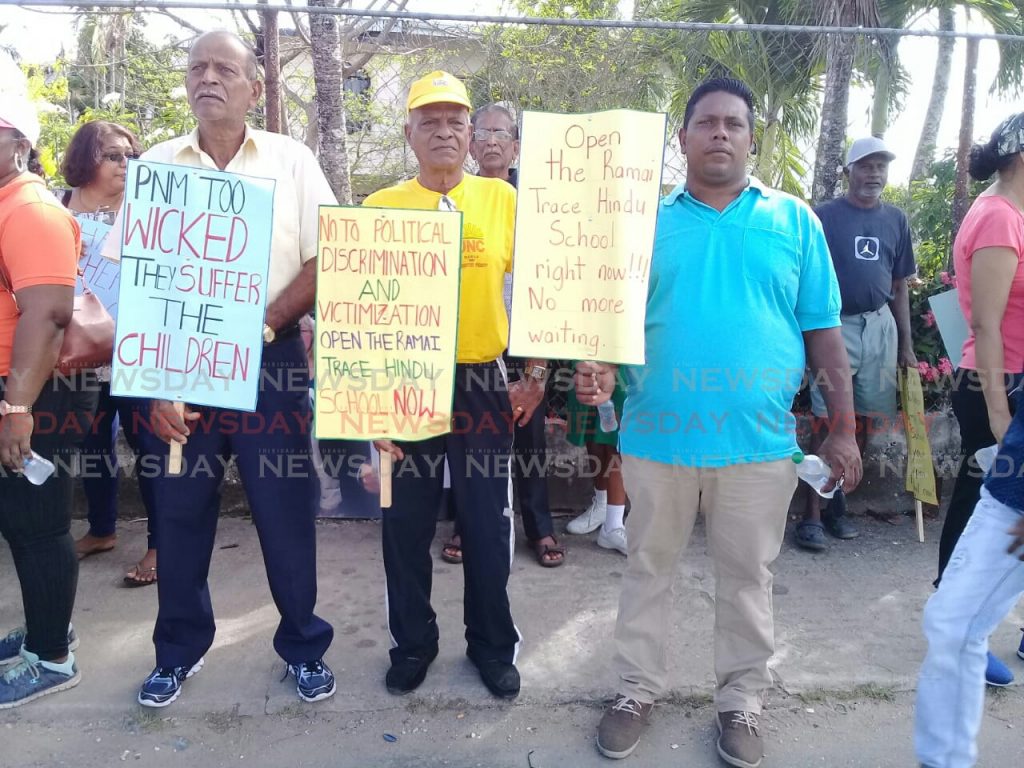 Moonilal said, “We were well received, we had a very good progressive chat with the officials here. These people here are not our enemies, they are not anybody who is antagonistic to us and the school supervisor received graciously our petition of over 1,000 signatures from the Ramai School area.

He asked Garcia on receipt of that petition to act" immediately, instantly and urgently to complete the Ramai Trace Hindu School.“Mr Minister, cease and desist from your policy of victimisation and hate and bring relief to the children of Ramai Trace and environs.”Moonilal said the minister had promised to reopen the school since 2016 but “to this day, precious little or nothing has been done.

It is intolerable, and we will not permit this in the future.”“We pledge today that Mr Garcia, we will make life extremely uncomfortable for you if you do not take steps to complete Ramai Trace Hindu School.”