TEN children were among 91 Venezuelans found hiding in the bushes at a makeshift camp at Beach Road in Santa Flora yesterday.

Police said some of the 19 women, 62 men, and ten children were in a crouched position, while others were found inside the camp in the forested area. Some of the children had bite marks from bugs on their hands and feet.

A senior police officer said several illegal entry points in the southwestern area have been under surveillance for some time. It is believed the immigrants arrived in different boats on Tuesday.

South Western Division Task Force police found one woman walking on the nearby beach. She was questioned and was not able to show them a passport. She was taken to the Santa Flora police station where she was further interrogated in the presence of an interpreter and Immigration officials. Several hours later, police returned to Beach Road and found the immigrants. Up to late yesterday they were being processed at the Erin police station and were expected to be taken to the Siparia police station to be further processed by the Immigration Division.

The Ministry of National Security, in a statement yesterday, said border-security exercises have been ongoing.

Earlier yesterday, 25 Venezuelans who were arrested for illegally entering the country, told senior magistrate Jo-anne Connor in the San Fernando magistrates’ court that they were hiding out in several areas including Marabella, Freeport, Rousillac, Moruga, San Fernando and Union Hall before they were held.

The six women and 19 men, between 21 and 50 years old, told the magistrate they have been staying in houses and apartments with other Venezuelans. The women said they earned a living by cleaning houses and taking care of children in the community.

Through interpreter Christie Ramkissoon, a 21-year-old woman said, “I came here on March 31 and I was staying at a house in Aripero. I would clean houses and I was also taking care of a baby to get money.”

Another woman, 25, said she graduated in Venezuela as an administrative assistant but was unable to find work there. She said she arrived here in February and earned money by cooking and cleaning houses.

The magistrate dismissed the charges against three of the six women and ordered the others to pay $3,000 or, in default of payment, serve six months in prison with hard labour.

On Sunday, a Venezuelan man believed to be the leader of a notorious gang in his country, was arrested in Point Fortin. Apart from multiple murders, he is wanted by the Venezuelan authorities for drug trafficking, kidnappings and other offences. 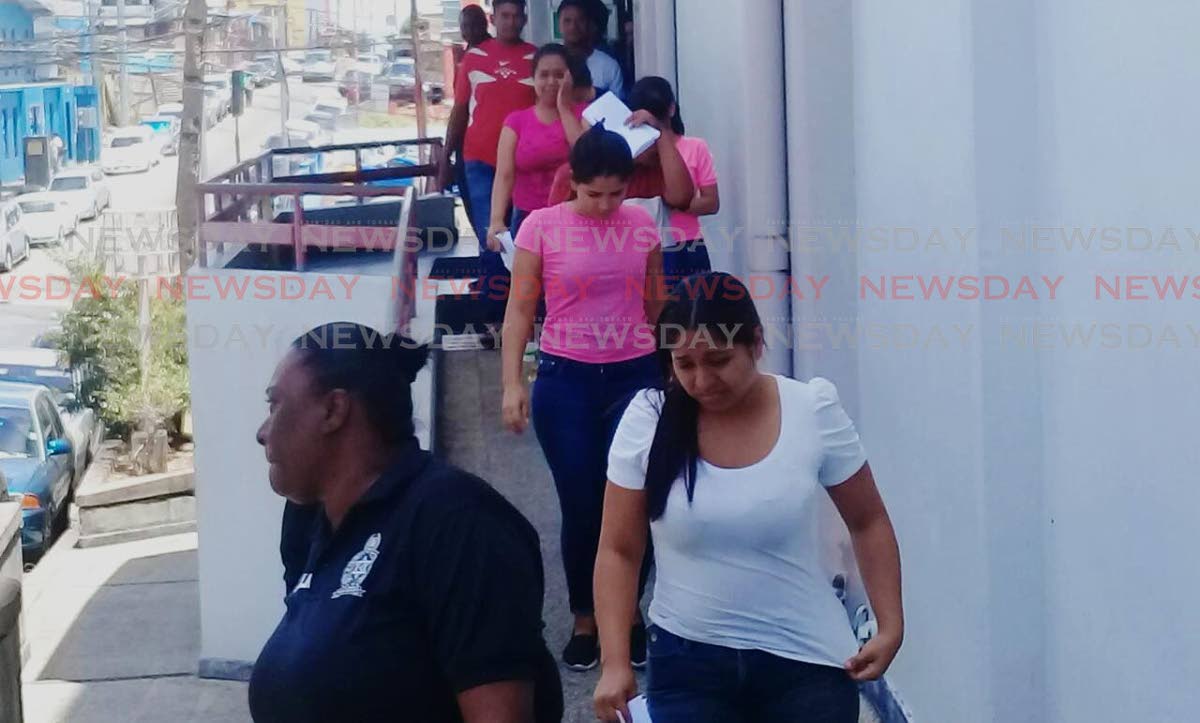