THE International Day for Biological Diversity will be observed tomorrow. The "Improving Forest and Protected Area Management in TT" project, which is being administered by the Food and Agriculture Organization of the United Nations (FAO/UN) on behalf of the TT Government, has as its central goal, the conservation of the biodiversity of this country. This FAO article focuses on key activities undertaken to address threats to local biodiversity in the course of the project implementation. The last year of the project (2015-2019), is currently underway. Funding was provided by the government, FAO/UN, the EU and the GEF.

It’s not just about the huge animals. For many, biodiversity conservation brings to mind efforts to "save the species" – often the very visual and charismatic large animals. Certainly, conserving these large animals is important, as these can assist in promotion of biodiversity conservation campaigns and they have inherent appeal. If these animals appear to be "in trouble" such as a decline in population and reduced health, they serve as indicators that something is not right in the natural environment. Within the project, however, there have been several instances in which the focus has been sharpened on the smaller animals also.

In the Main Ridge Forest Reserve, Tobago, a study was undertaken to assess distribution and abundance of the white tailed sabrewing hummingbird. The bird has specific importance to Tobago’s economy, as a species of interest to the local and international birding community and consequently, important to the livelihood of local tour guides. Locally an Environmentally Sensitive Species, and globally listed as near threatened it is found in Tobago and two locations in Venezuela; its local population was impacted by the 1963 passage of Hurricane Flora. This study was thus a critical activity to assist in setting up a monitoring programme.

Generally, the words conservation and hunters do not seem to be compatible, however, in the life of this project, bridging the reputed divide was a key focus. In 2018 and 2019, a strategic and focused sustainable hunting campaign was undertaken by officers of the Wildlife Division. Piloting an approach in two areas – Tobago and the Forestry Division’s SouthEast Conservancy, Trinidad – closer interface with members of hunting fraternity was undertaken, where officers were able to share more on the management of hunting at the start of each open season.

Critical information on legal aspects of applying for hunting permits, why eggs, young and pregnant game should not be extracted, and guidance on how and why the mandatory return form should be submitted at the end of an open season were shared. A link with key veterinary officers was facilitated, and shed light on the important role hunters can play as field sentinels, to identify sick or exotic animals and give reports to the Wildlife Division, to monitor environmental health and the health of local wildlife. A follow-up activity based on veterinarians’ input, was development of the brochure Seven steps to the Pot to give guidance on proper preparation, storage and consumption of wild meat.

Fisherfolk from some coastal communities in Tobago benefited from financial training, building their capacity to track income and expenditure through documentation and so manage their earnings. While this may appear to be far removed from biodiversity conservation, application of this training can assist fisherfolk in successfully liaising with financial institutions to obtain loans to purchase the type of gear needed to exploit fishing grounds further out from fish nurseries. This will reduce the fishing pressure that results in overfishing of near-shore areas.

From very early, the project recognised that the concept of biodiversity conservation needed to be tied to several sectors, in which connections were not obvious. In the community of Plum Mitan, an opportunity arose to interface with farmers based in a portion of a protected area. These legally tenanted farmers noted in a short survey, advantages they felt they enjoyed, by farming there, including the presence of birds and bees, little traffic and little pollution. In a follow-up workshop, they admitted they knew there were dangers to their health and environmental health associated with the use of some chemicals on farms, but the details were not very clear to them until explanations were given.

The farmers were interested in learning how to identify and choose Class III and IV chemicals instead of the more environmentally persistent Class I and II; they gained knowledge on using less chemicals in their spray regimes by simply adjusting spray pressure; they received a "recipe" for developing and using safe biological agents for pest control; and learned how to test for pesticide residues on produce using a simple test kit. Coupled with inputs from Namdevco officers, they were encouraged to gain certification of farms and improve marketing of environmentally safe produce. The ultimate gain was their exposure to agricultural practices to protect the very birds, bees and other pollinators that sustain their farm productivity in the protected area, while also maintaining their own health.

Conservation of biological diversity is best supported through the management of habitats. Approval of the project’s new National Protected Areas System Plan by the Cabinet in February 2019, marked a significant milestone on the journey of sustaining biodiversity conservation in the country. Zoological and botanical gardens assist in conserving species of plants and animals, however, these facilities do not effectively mimic the natural habitats and interactions of species.

The unique ecosystems found on the islands, currently managed through wildlife sanctuaries, forest reserves and national parks help to conserve the diversity of species, including some which are unique to these islands. With new designations of protected areas under the new Systems Plan, the project will continue to provide public communication to build local knowledge of these areas, encourage positive attitudes for engaging with them and instil behaviours which support their wise use and management. 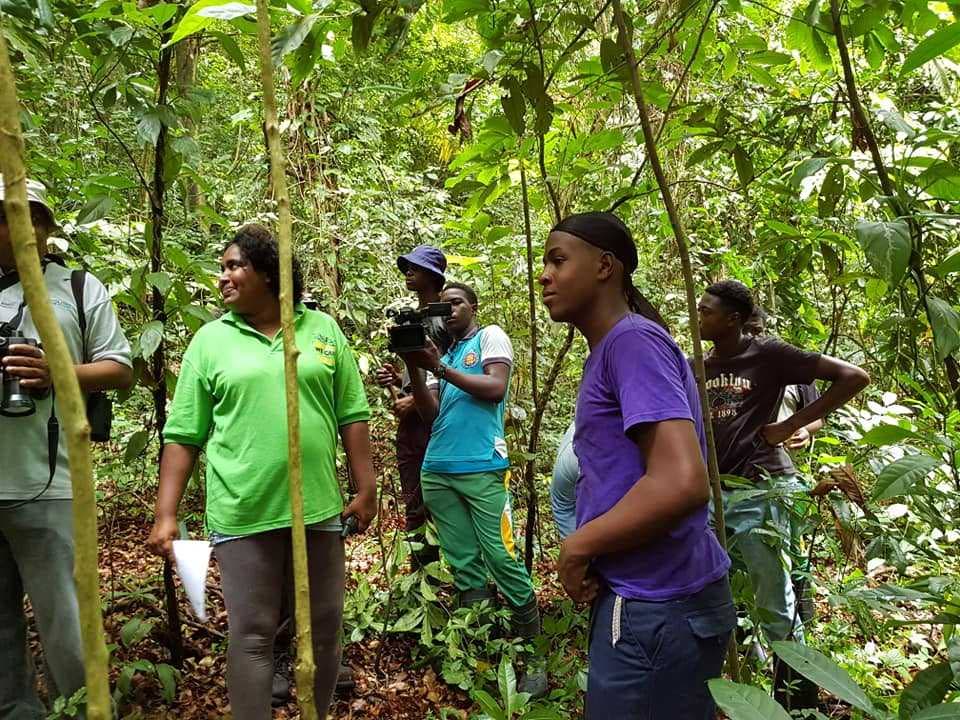 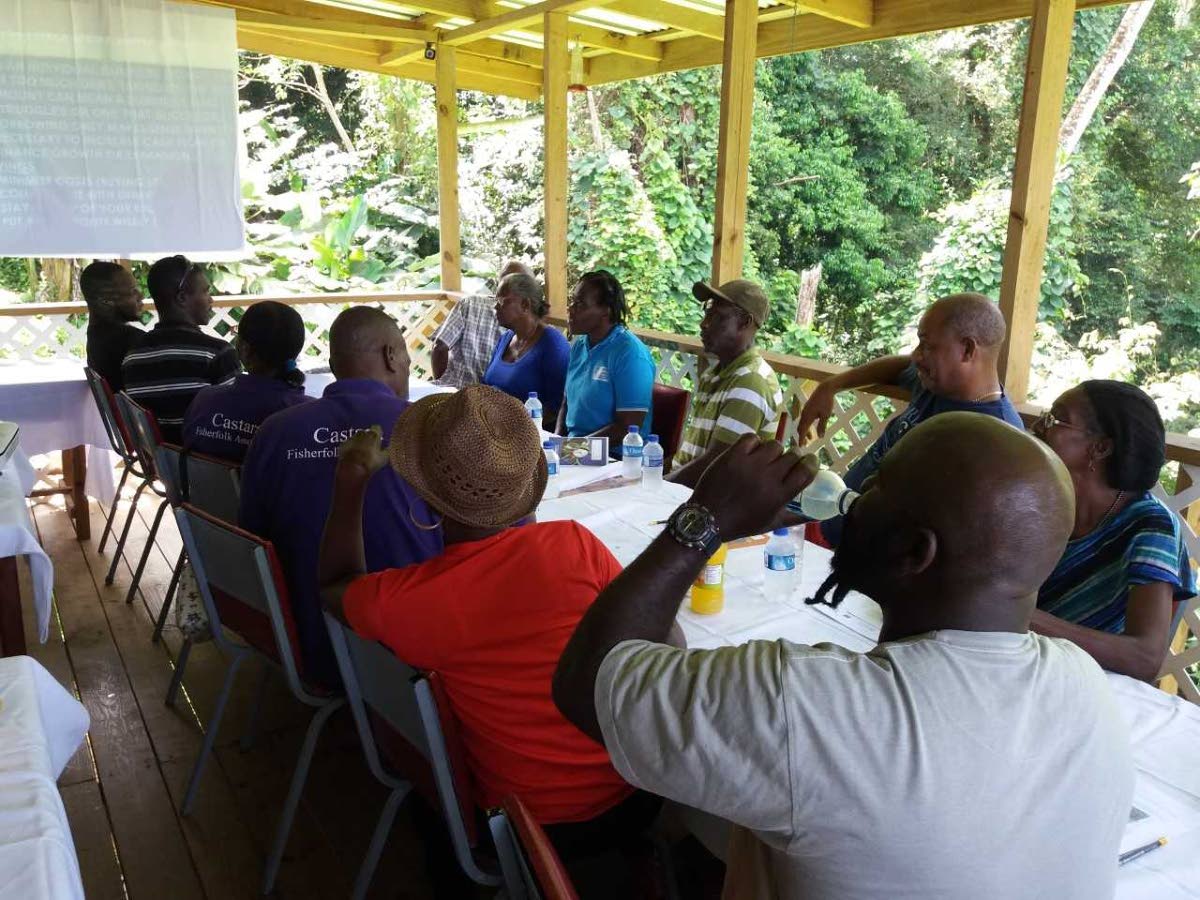