Fifty kilogrammes of cured marijuana was seized and over two thousand marijuana seedlings destroyed this morning by officers of the Tobago Divisional Task Force.

Snr Supt Jeffrey George told Newsday the officers went into a forested area in Mt St George, Tobago around 1 am, with the aim of arresting those responsible for planting marijuana.

No one was present when the officers found the camp where the illegal operation was taking place. The cured marijuana was found hanging in an old shed while some were packed in garbage bags. A marijuana field was destroyed by police and the seedlings seized. Investigations are continuing. 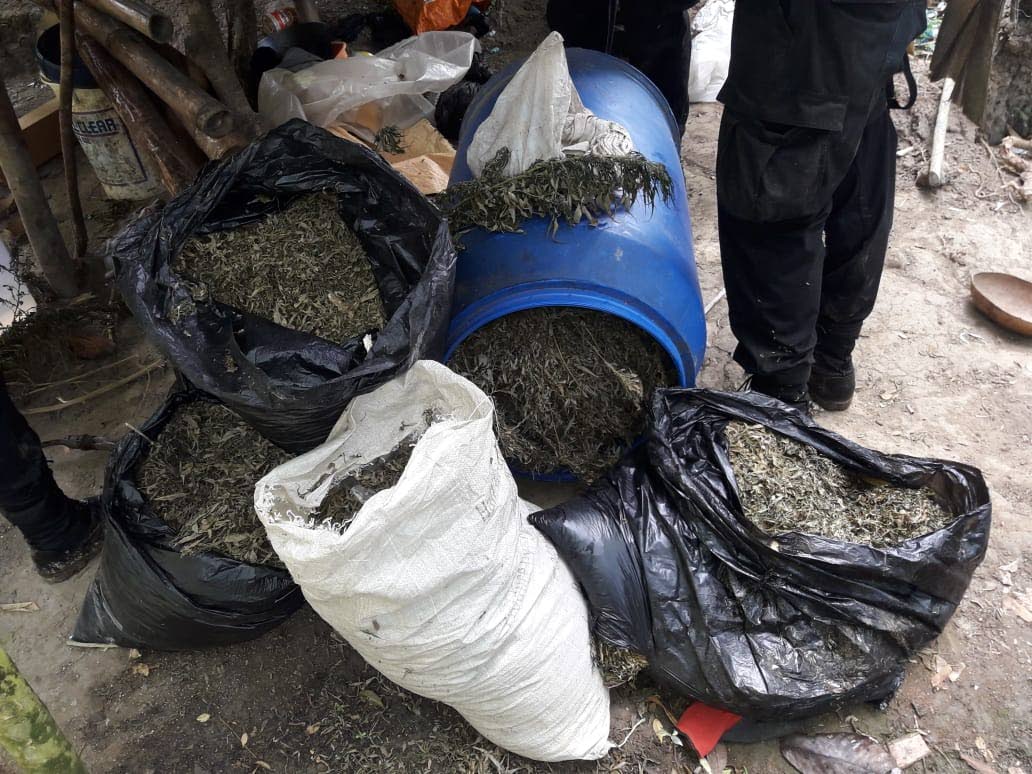