Public Services Association president Watson Duke threatened to shut down TT even as he handed out $100 bills to women for Mother's Day during a protest at the Hyatt Regency.

Inviting protesters to sit on the chairs at the hotel's waterfront restaurant, Watson Duke, speaking through a bull horn, asked for a menu.

After it was presented to him and other protesting PSA members, Duke perused the cocktails and then asked if there was any drink called "Hard Times."

"I want the mixologist please! I’m not seeing a drink on the menu. I’m looking for a drink called Hard Times.”

Then displaying a wad of $100 bills, he said: “Here is what we are going to do. I want all the ladies come down here, because I’m about to give $100 for your mother’s day," causing the women to applaud.

Once the women, approximately 50 of them, were sitting down, Duke said there was enough for everyone and gave each one $100 and wished them happy Mother’s Day.

Back on his bull horn Duke shouted: “Where is the manager? The people have money in their hands now!”

With his request ignored by the hotel staff, Duke then asked all with placards to raise them so they could be photographed.

Some of the placards read: "Health and Safety," "Public Officers Must Be Respected," "Acting," "Retrenchment," "Injury Leave," "Travelling," "Promotions." All concerns of union members.

Duke then asked all women to gather on the steps facing the sea to raise their bills and say to the cameras: “This is what we want. We want we money right now.”

Gracious for the bills, some women thanked Duke, who in turn told them: “This is small thing. I did it because I love allyuh!”

The women responded: “We love you too!” 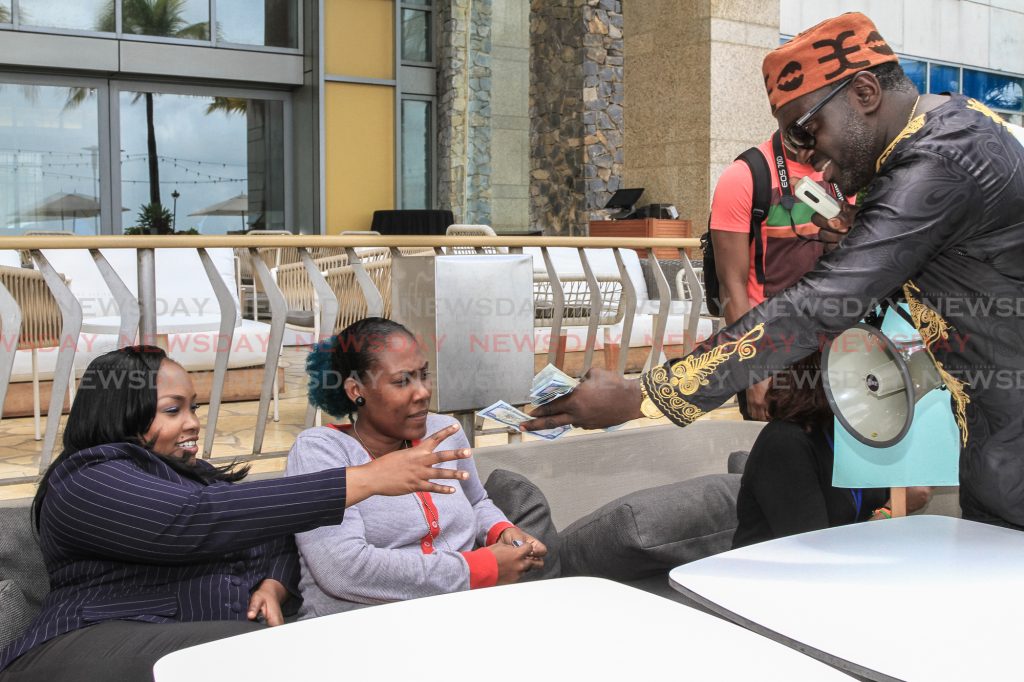 After the photo op, Duke, now speaking as National Trade Union Centre of TT (Natuc) president, said, “On June 7, we need to mobilise and bring everybody out for a day of shut down.

"Next four weeks, we shutting everything down on that day. We are coming to Port of Spain, all the unions, in our numbers. That is the day we will be taking action against this Government.”

One woman responded saying government workers had been waiting too long for their back pay. 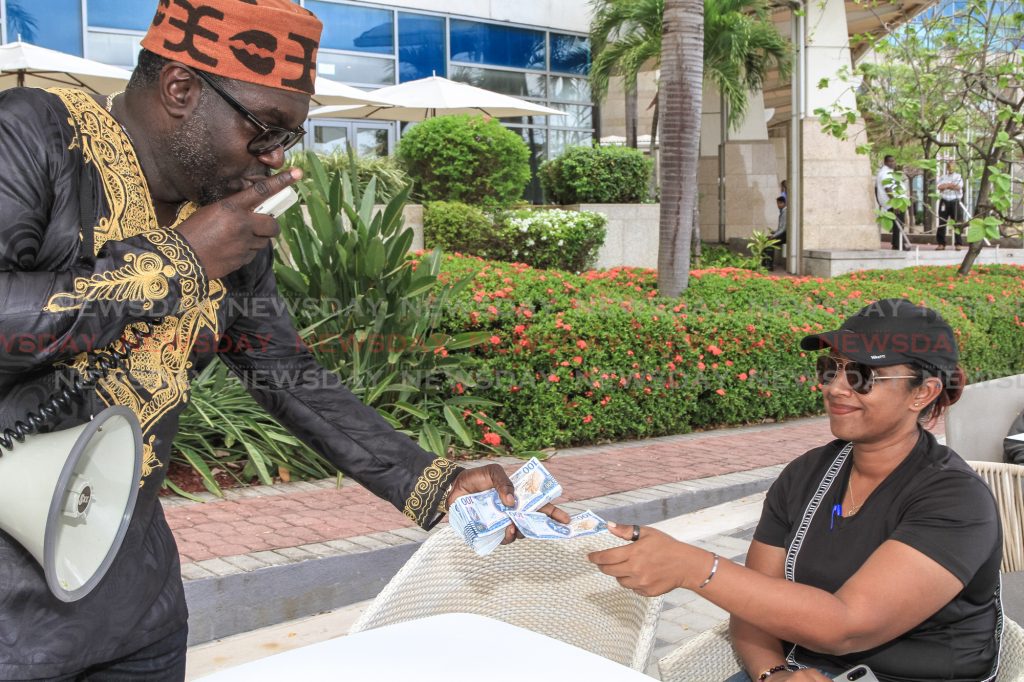 Another protester, Windropt Grant, said he was particularly upset because, after working at the Housing Development Corporation (HDC) for 48 years, he, like other retirees were being offered only $112,000 in gratuity regardless of their length of service at the organisation.

He said, “Everybody in this country work with the interest of getting a severance pay and a gratuity, but some pensioners getting $1,200 a month, some getting $1,900 a month and some getting $2,200, and that is the most a month.

"All we are asking for is help. We deserve our severance pay and our gratuity.” 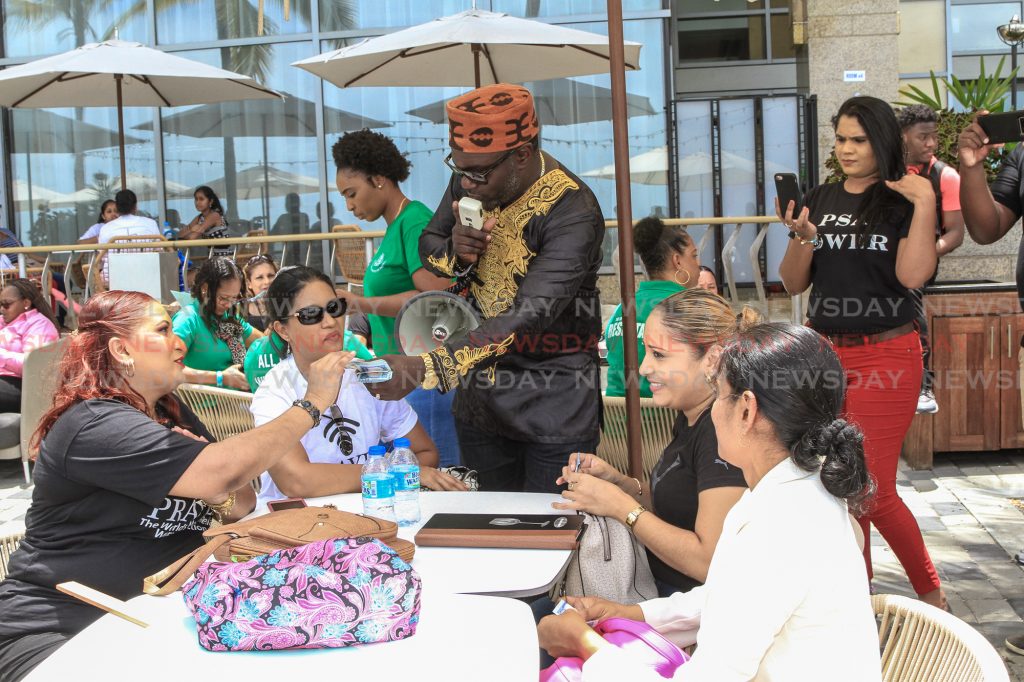 Duke then told the media: “The cries of these retirees have reached the ears of Natuc. When we take to the streets on June 7, that day of national shutdown, we will be sending a strong message that we need to have a balance of power. When a worker works, they ought to be compensated justly.”