The latest labour availability and productivity survey from the American Chamber of Commerce (Amcham) in TT suggests a need to re-think the country’s migration policy, particularly, streamlining the work permit system. The survey, out last month, showed a third of respondents saying overall productivity in the country had fallen, while 43 per cent said it had stayed the same. Just under a quarter said productivity had improved. The online survey was conducted March to mid-April and was sent to all 300 members of Amcham. Sixty-four people or just over 20 per cent responded to the survey. 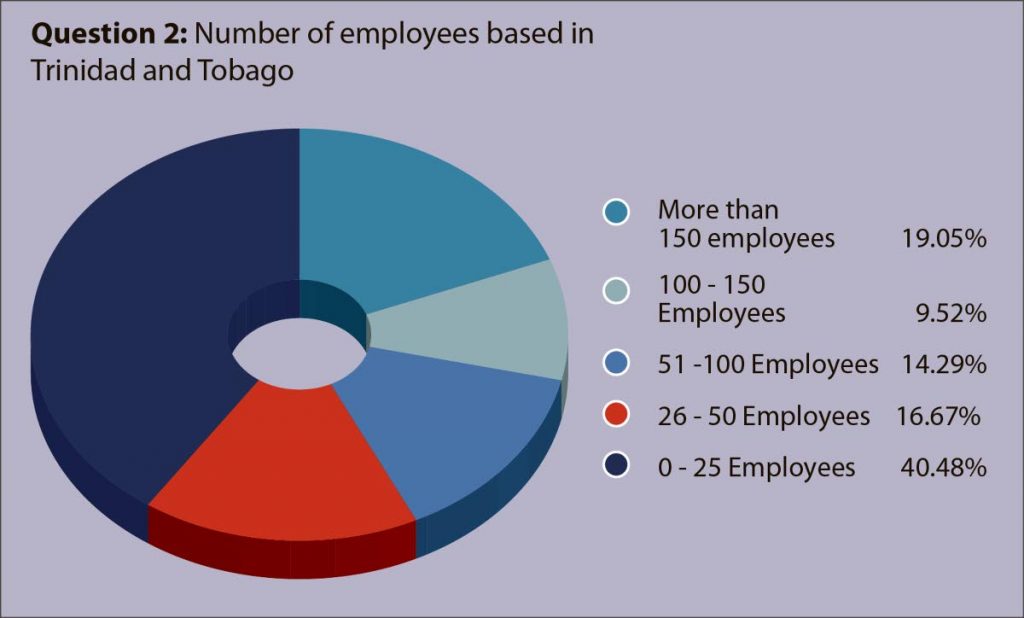 "While it is clear that most executives believe productivity has declined in recent years, almost a quarter believe that productivity has increased and a corresponding number reported no problems in finding adequately qualified employees to meet their business needs. This indicates that through effective management, and good HR practices, it may be possible to increase productivity. However, because the results are not tied to sectors, it is unclear if this increased productivity is tied to a specific sector and therefore only limited to one or a few sectors or not," Amcham president, Patricia Ghany said. 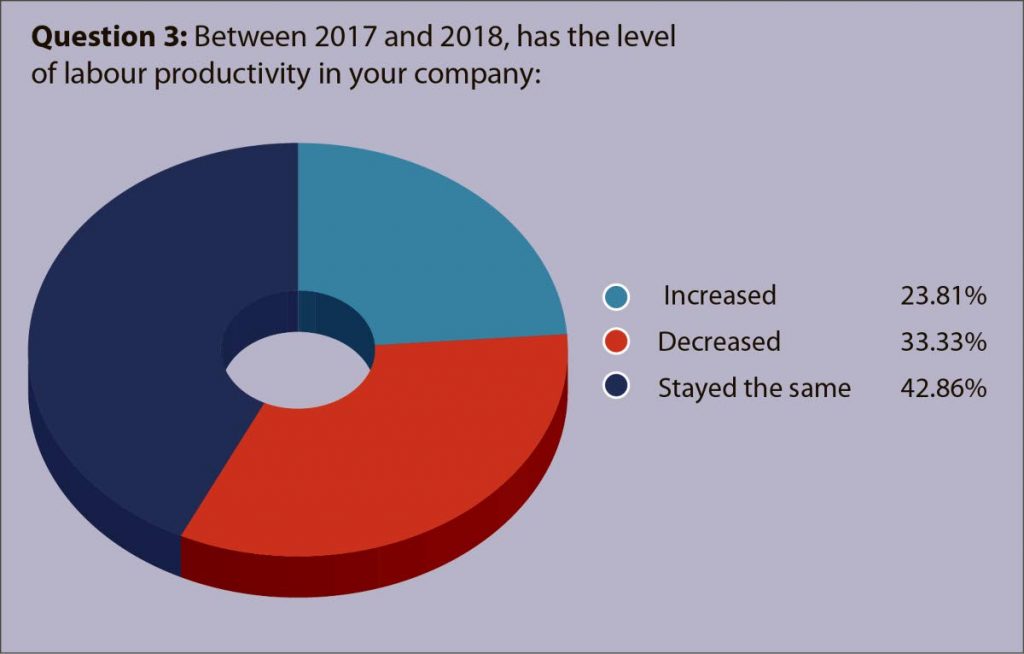 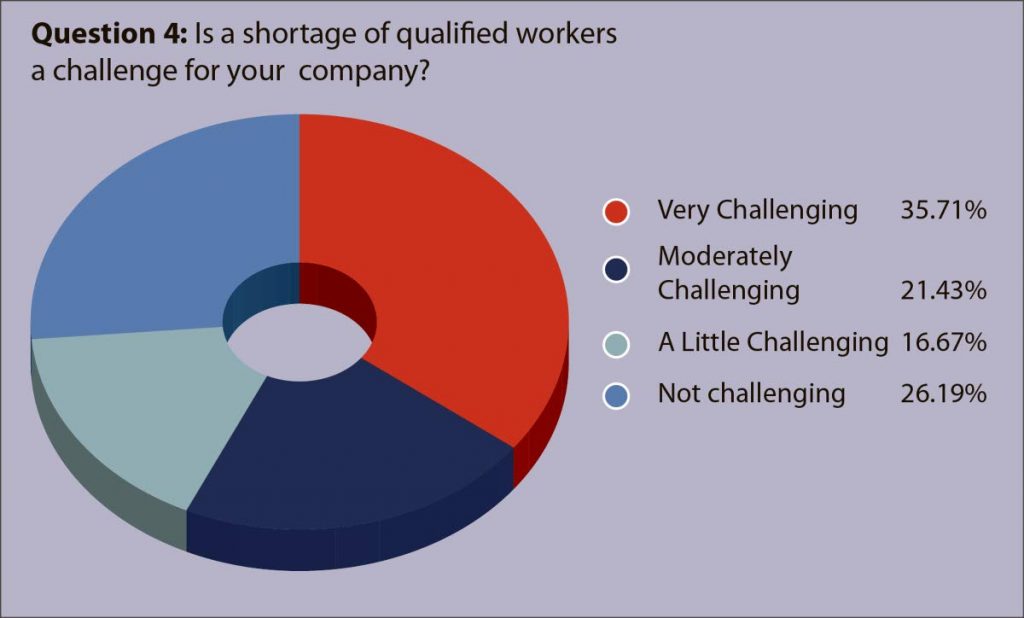 Amcham’s survey also suggested that shortfalls in the type of labour contributed to decreased productivity. Nearly half of respondents (46 per cent) said they had a shortage of white-collar/professionals, and nearly one third said it was difficult finding blue-collar skilled workers, whereas 13.5 per cent had trouble finding low-skilled blue-collar workers. Fifty-five per cent said the reason for the shortage was an inability to find suitable workers. 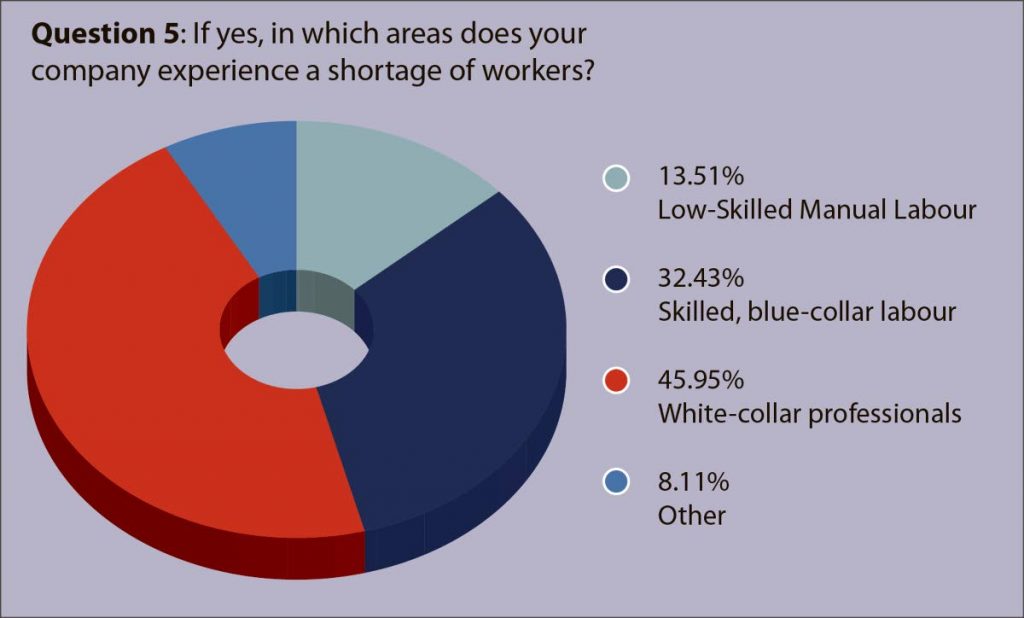 Only 38 per cent of respondents said their companies hired foreign workers, although a massive 76 per cent said they would be willing to do so over the next year. Of the companies that did hire foreign labour, the biggest challenge was getting work permits (36 per cent), followed by paying salaries (24 per cent) and recruitment (24 per cent). 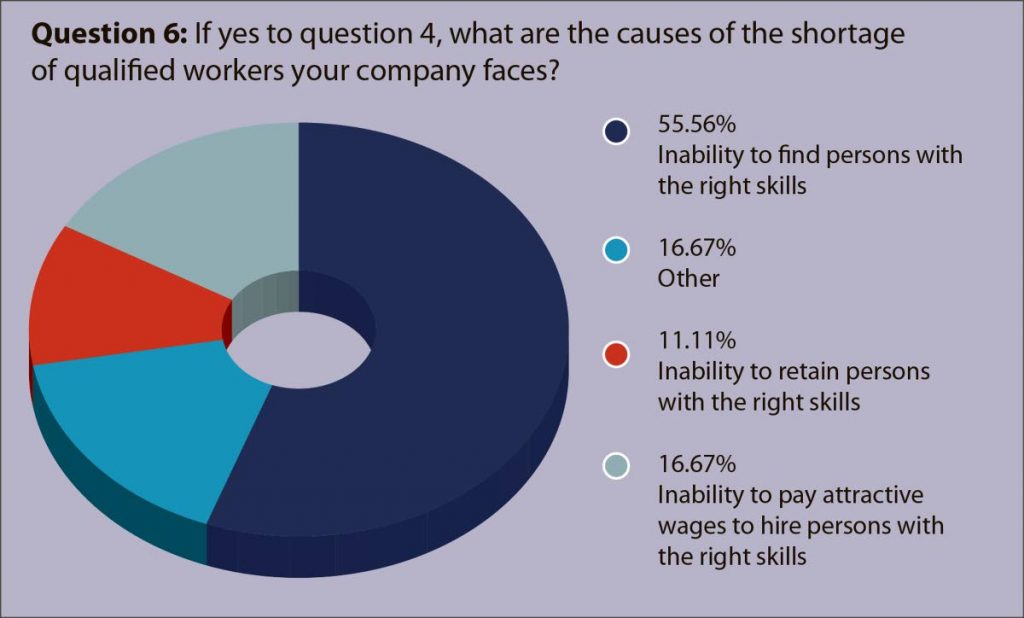 Asked what the benefits would be to hiring foreign labour, 47.5 said they wanted to be able to find people with unique skills and expertise, while 20 per cent said they believed it would help with client interaction. Amcham’s members also seemed more than willing to hire Venezuelan immigrant labour. Seventy-six per cent of respondents said they were in favour of a temporary work permit for appropriately-screened Venezuelans to register and legally work in TT for a specific period. The survey did not specifically ask where migrant labour should come from, but five per cent said they would hire refugees as a point of corporate social responsibility, and just over two per cent said they would hire foreign labour but only from Caricom Single Market Economy countries. 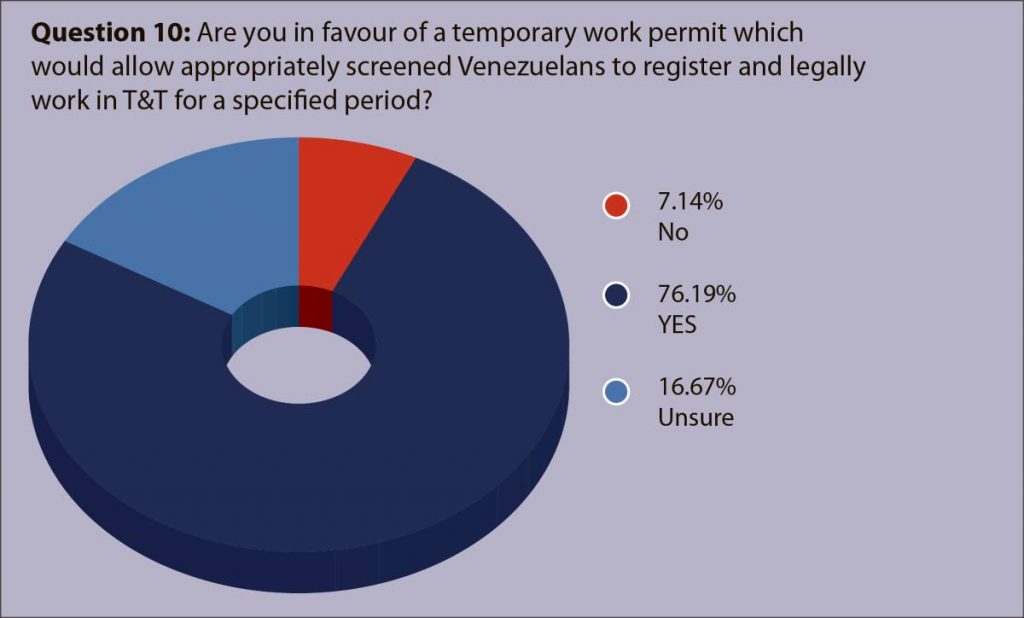 "With regard to Venezuelan migrants in particular, there is overwhelming support for the granting of temporary work permits. We commend the government for putting this process in place but caution that there is still a need to properly secure our borders to ensure that only people legitimately fleeing from economic strife or political persecution are allowed to enter TT, as opposed to people involved in criminal activity,” Ghany said. 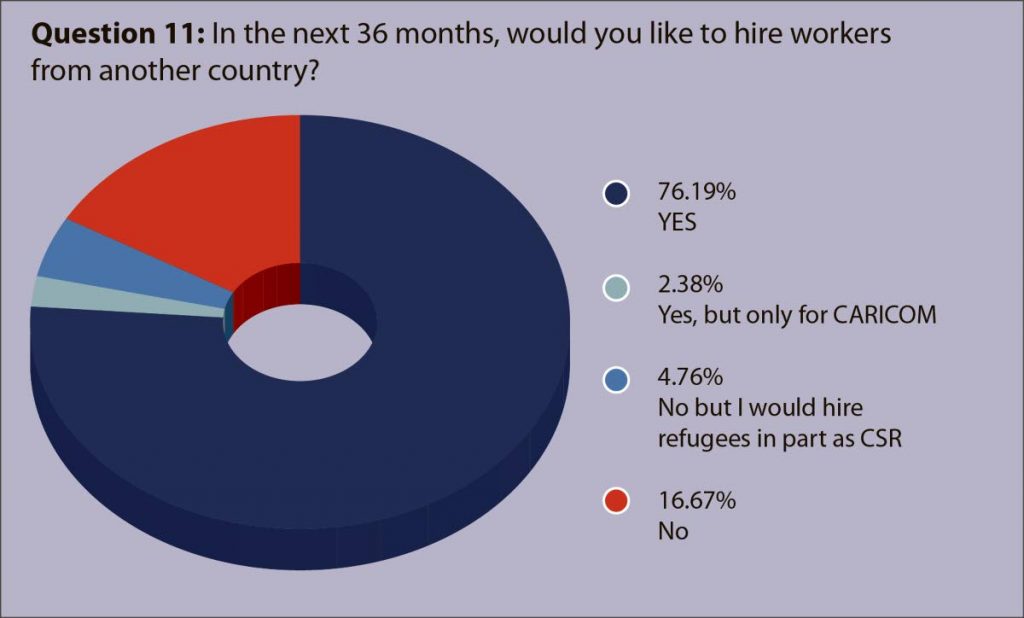 Beginning May 31, Government will begin registering all Venezuelans in TT, legally and illegally, including those in the Immigration Detention Centre for violating immigration laws, who will be released and allowed to register. The amnesty period will last until June 14, after which all immigration laws that have been suspended will be resume. Those Venezuelans who pass the state’s due diligence checks will be allowed a six-month work permit, which can be extended for a further six months.