Josanne Mark’s jewellery evokes the Caribbean, from the ethereal shapes to the natural, earthy colours of the materials used to create each hand-crafted piece. But make no mistake, she’s by no means limiting herself to just TT – from her home in Fyzabad, Josanne has already taken her brand, Josanne Mark Ltd, international.

“I tend to think ahead and attract the things I want. I don’t just wish for it but prepare long before it even happens,” she boldly told Business Day in a recent interview.

It’s this preparation that eventually got her noticed in the UK version of the fashion world’s bible, Vogue magazine. Josanne’s pieces were featured in November, December and January editions as one of the magazines featured jewellery designers – a coveted designation known to raise profiles and brand awareness into the stratosphere.

How did she do it? To hear her tell it, it seems Josanne’s path was serendipity, passion and plenty hard work.

Jewellery design was never her intention. She started off at UWI, studying for a degree in psychology and human resources. Then, one day, a necklace a friend had given her for her birthday burst, and she decided to mend it.

“I had to rearrange the order of the beads. People complimented me on the new design so I decided to try again, this time using some of the leftover material and my mum’s old beads.”

She got more compliments and so, decided to try selling her work to her peers on campus.

She took a year off through one of the university’s work-study programmes, and found herself with a lot of free time at her new job. So, she decided to catch up on her hobby. “I started selling at work, still on campus, and then pitched my products to various stores on Frederick Street (in Port of Spain), and as it grew I even started selling at the Hilton souvenir shop.”

It worked, because, she said, back then nobody was really doing that style of beaded jewellery. She decided to push herself and experiment with new material, including wood and semi-precious stones.

After she graduated from university, like so many young people, she had a hard time finding a job. “I spent about three months looking for a job and got fed up so, for the while, I decided to make this my business.” She started exploring her options for raw materials (almost everything she uses to make her pieces have to be imported), looking for more high-end products to differentiate herself and move from everyday chic into the a more luxury market. She looked online (very new at the time, she chuckled), took a trip abroad and secured her suppliers.

Then, she took her first big leap – she approached Stetchers, one of TT’s most well-known luxury retailers. “I got in and it took off from there.” Was it easy? “No, but I was very tenacious. But I suppose when you believe in your product ­– and we have the same target market – you just have to be persistence. And people see that as someone serious about their business.”

“I didn’t know how or where, but I knew I needed to study and really learn my craft.” Her catalyst came when she was flipping through the newspapers and randomly came across a feature of a Trinidadian handbag designer who attended New York’s prestigious Fashion Institute of Technology (FIT). Everything clicked. 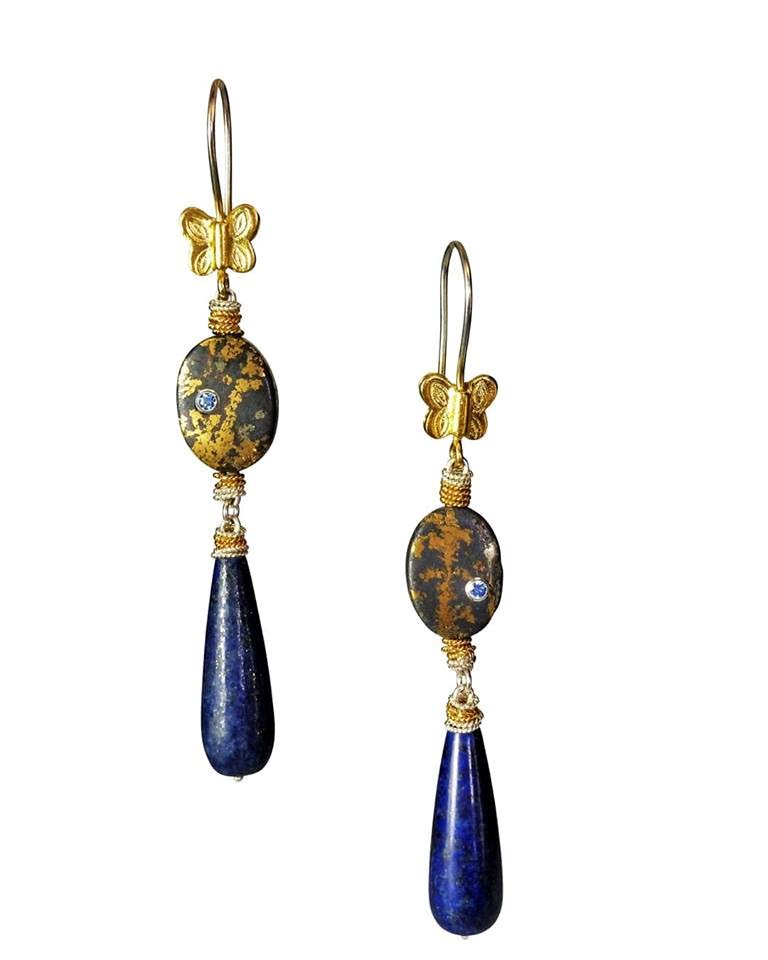 “In about a few minutes into my research I decided this is where I wanted to go. I had no idea how I was going to pay for it but this was the plan. Back then my parents didn’t believe in my business idea/hobby because their dream was for me to be a psychologist because I was always academic, never really artsy or creative.”

She got accepted and graduated in 2011 with honours, earning an associate of arts degree in metal design. Her final thesis project, Gold Crush, would go on to be her first and most popular collection, still in demand and production today. While at school though, she would come back and forth to Trinidad to manage her business.

“I had to convince my family. I’m extremely headstrong. Even if (they didn’t) think I should do it, I would do it. And I eventually got their support, a full 100 per cent.”

Now that she convinced her family, she was ready to conquer the world. “After FIT I knew I wanted to come to Trinidad. I didn’t want to stay in NYC. But I wouldn’t get the benefit of all my hard work studying if I just came back to Trinidad because it’s such a small market. So, I knew I needed to be global from Trinidad.” 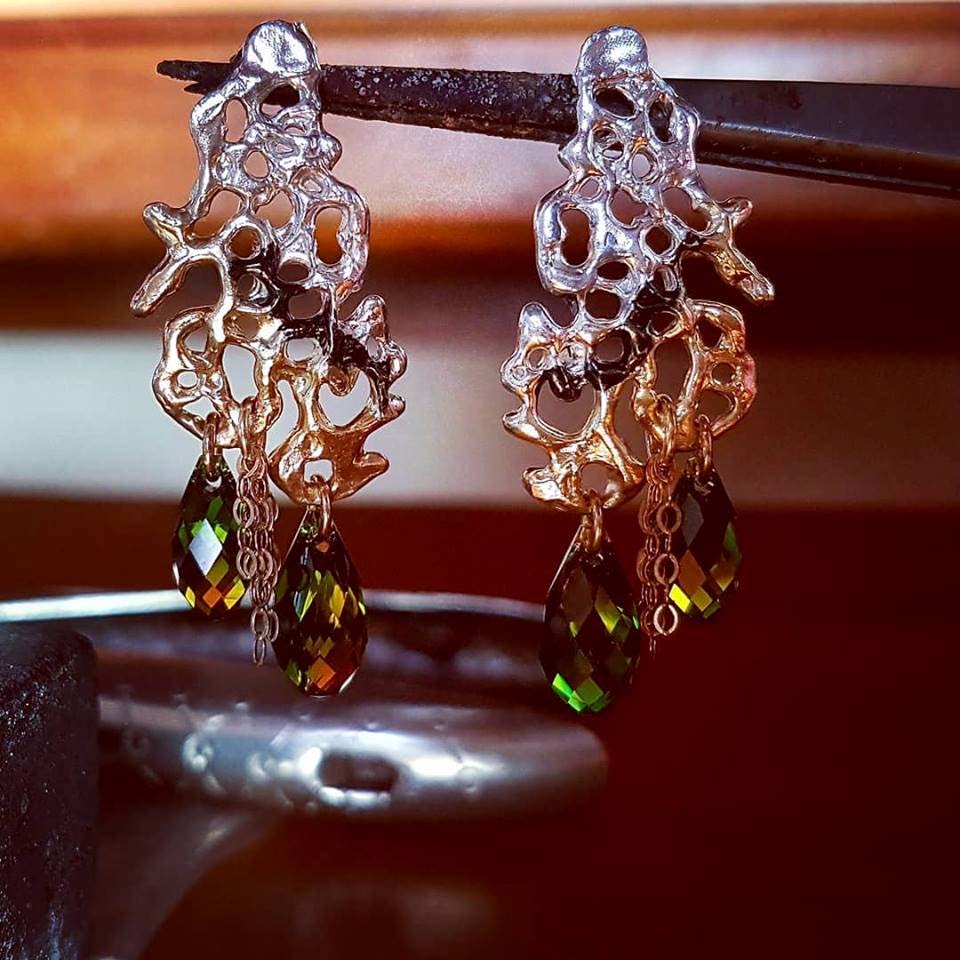 The internet became her medium. “It doesn’t matter where you are you can reach the world via the internet. But first I needed a website, because even though Trinis don’t really buy luxury goods online, the rest of the world does. And in order to be noticed or taken seriously you have to have a website.” Not just a business card website, she emphasised, but a fully-functional, e-commerce enabled website. “Something professional with all the information that someone would need to know about you.

The site she had in mind would cost tens of thousands of dollars, so to be sure she got exactly what she wanted, she did it herself. “I knew I had to find a way. It was very painstaking, months of frustration to get it to work the way I wanted. But I knew I was preparing for someone in the international arena to see me.”

Last September, someone did. An editor from Vogue contacted her to find out more about showcasing the brand. It was the break most designers wait a lifetime to get and she is grateful.

But regardless, Josanne has been steadily building her brand. “Right now I have a big market, I’m known here. I do a big show in Jamaica every year. I’ve done shows in New York, I sell online. Turnover used to be faster because I was more into the commercial pieces. But I’ve now specialised into a niche and I’m known in that niche from being in Stetchers – luxury hand-crafted pieces.

She’s now sold exclusively at Dreamstones Jewellery. She still does collection. Every piece is hand-made, and she does custom orders, as well as collections. Collections can range from six to 12 pieces, but custom pieces are one-of-a-kind. She also has an international retailer, the Jewelry Showcase. She’s also recently launched a custom engagement ring line, with signature features like fingerprint and secret stones embedded in the inner band.

“My business model is more of a wholesale one. I don’t really go out just on a retail level so I grow my market through the stores that carry my products. But I do custom so I also have retail clients.” She’s also her only employee, so things can get hectic, but she doesn’t bite off more than she can chew. “I know I have a commitment and stick to that. It’s not difficult, really.”