The First Citizens National Poetry Slam saw young poets from the twin-island gather at the National Academy for the Performing Arts (NAPA) Port of Spain to compete for $50,000 and for the much publicised "microphone throne."

In its eight year, the event has benefitted from consistent growth and sold out at NAPA on Sunday night.

Here's what you missed if you didn't attend:

Alexandra Stewart's joyous reaction to winning after a performance on the exploitation of artists which resonated with the audience.

The steelpan rendition of the Game of Thrones opening score by the National Steel Symphony Orchestra and we've never heard it sound better. HBO should call them.

An intense opening sequence heralding the seriousness of the battle to come.

Poet, Michael Logie's use of the Netflix film Birdbox in reference to a poem about child abuse.

Javaughn Ford's piece on who's pulling the puppet strings.

Shinique Saunders, who placed second, emotional tribute to her mother.

A wonderful show of solidarity and support for Seth Sylvester.

The emotional impact of Isaiah Wayne John's poem about the battle with cancer.

Alexandra Stewart during a feisty confident performance on compensation for the arts.

Red Frederick's poem which resulted in him being shirtless.

Shimiah Lewis' poem which cleverly used the perspective of a grave.

Brendon Obrien calling out people who call for peace but really want violence.

Idrees Saleem's ego. Actually, his piece was about the ego and included a memorable line about a recently charged politician.

The miracle of getting a photo of Kyle Hernandez as he performed his poem off stage.

And Marcus Millette making everyone in the audience laugh with his serious piece about the flippancy of Trinis.

And the funny banter between hosts Thaddy Boom and Vin Williams. 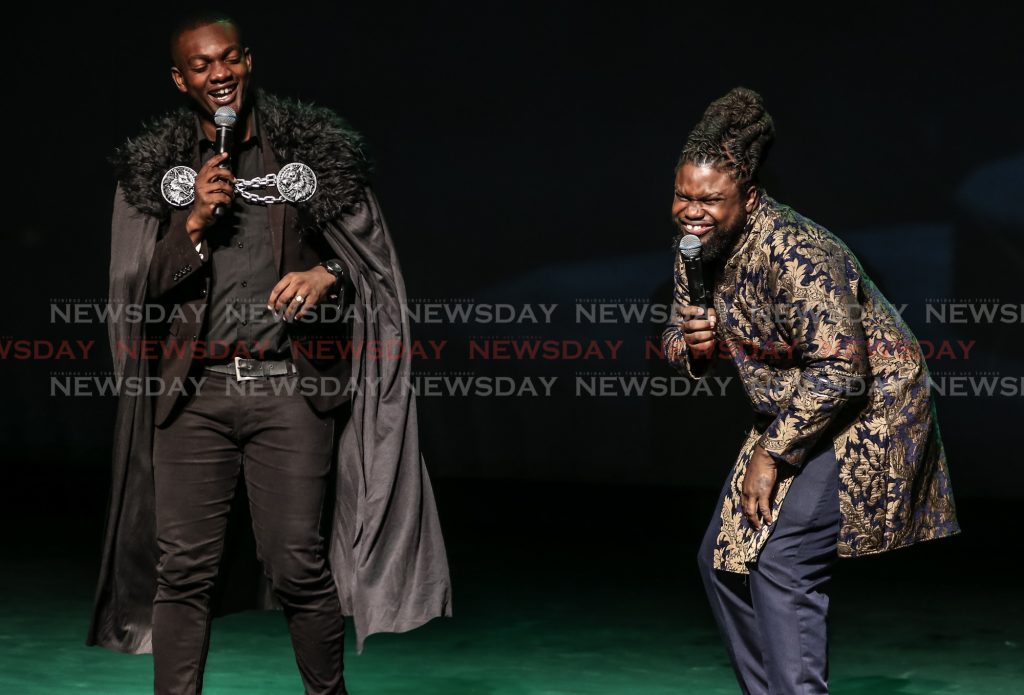