AN innovative hybrid book combining essays and memoir with photography has been named the winner of the 2019 OCM Bocas Prize for Caribbean Literature. High Mas: Carnival and the Poetics of Caribbean Culture by Trinidadian writer and photographer Kevin Adonis Browne is the first non-fiction book to win the most prestigious international award for Caribbean writing since it was established nine years ago.

Dame Marina Warner, writer, scholar, and chief judge of the prize, made the announcement at a ceremony last night during the 2019 NGC Bocas Lit Fest.

Sponsored by One Caribbean Media, the prize comes with an award of US$10,000. A highlight of the annual festival, the OCM Bocas Prize ceremony was held in the historic Old Fire Station in downtown Port of Spain.

High Mas was chosen by the judges from a shortlist of three books, which also included the poetry collection Doe Songs by Trinidadian Danielle Boodoo-Fortuné and the novel Theory by Trinidad-born, Canada-based Dionne Brand. As genre category winners, both Boodoo-Fortuné and Brand received awards of US$3,000.

Browne is a photographer, poet, archivist, and scholar of contemporary rhetoric and Caribbean culture, who currently teaches at the University of the West Indies, St. Augustine. He previously published the scholarly book Tropic Tendencies: Rhetoric, Popular Culture, and the Anglophone Caribbean.

The OCM Bocas Prize judges described High Mas as “impressive in scope, lyrical in style, and innovative in form.” Using T&T’s masquerade traditions and Browne’s own experiences as lenses for exploring Caribbean identity, the book is written around sequences of images that document and meditate on blue devils, moko jumbies, J’Ouvert, and other forms of mas. “Going beyond the history and narrative,” say the judges, “Browne peers into the soul of a people with whom he feels a deep kinship. The result is a radical, genre-defying tribute to a cherished tradition.”

2019 is the ninth year of the OCM Bocas Prize. In 2018, the prize was won by Trinidadian writer Jennifer Rahim for her book of fiction Curfew Chronicles. Other past winners are Kei Miller for the novel Augustown (2017); Olive Senior for the short fiction collection The Pain Tree (2016); Vladimir Lucien for the debut poetry collection Sounding Ground (2015); Robert Antoni for the novel As Flies to Whatless Boys (2014); Monique Roffey for the novel Archipelago (2013); and Earl Lovelace for the novel Is Just a Movie (2012). The late Nobel Laureate Derek Walcott was winner of the inaugural prize in 2011, for the poetry collection White Egrets.

The festival title sponsor is the National Gas Company, lead sponsor is First Citizens, main sponsors are the Ministry of Community Development, Culture and the Arts and One Caribbean Media. Massy Foundation, the National Lotteries Control Board, and UWI are sponsors. 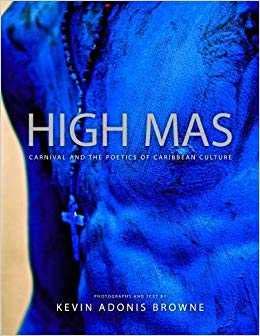