IT turned out to be an easy road after all for reggae icon Buju Banton, as he was shuttled to a waiting SUV mere minutes after arriving at the old Piarco airport for his highly anticipated I am Legend concert tomorrow night.

Buju, real name Mark Myrie made his first appearance in TT in ten years yesterday just after 3 pm – two hours after he was expected to arrive on a private jet from Jamaica.

Dancers, drummers, security detail and a large gathering of fans were among the crowd that gathered at the airport’s terminal to greet the performer.

A smiling Buju greeted fans but did not stop to take questions from reporters as he was swiftly escorted by his security and entourage to an Audi SUV which took him to a hotel.

Buju was arrested in 2009 for his part in setting up a cocaine deal in Florida.

He was sentenced to ten years’ jail in 2011, but only served seven years as a Georgia judge dismissed a gun charge, reducing his sentence.

He was released on December 8 last year, prompting celebrations in Port of Spain.

Earlier this month, concerns arose over whether the artiste would be allowed in TT because of his conviction, but National Security Minister Stuart Young said he was prepared to sign an exemption allowing him to perform.

Buju, 45, rose to fame in 1992 when he surpassed Bob Marley’s record for holding the most number one hits on the Jamaican charts.

The concert, which will be held at the Queen’s Park Savannah, Port of Spain, will feature Buju as the headline act with performances from Luciano, Wayne Wonder and newest reggae sensation Koffee. 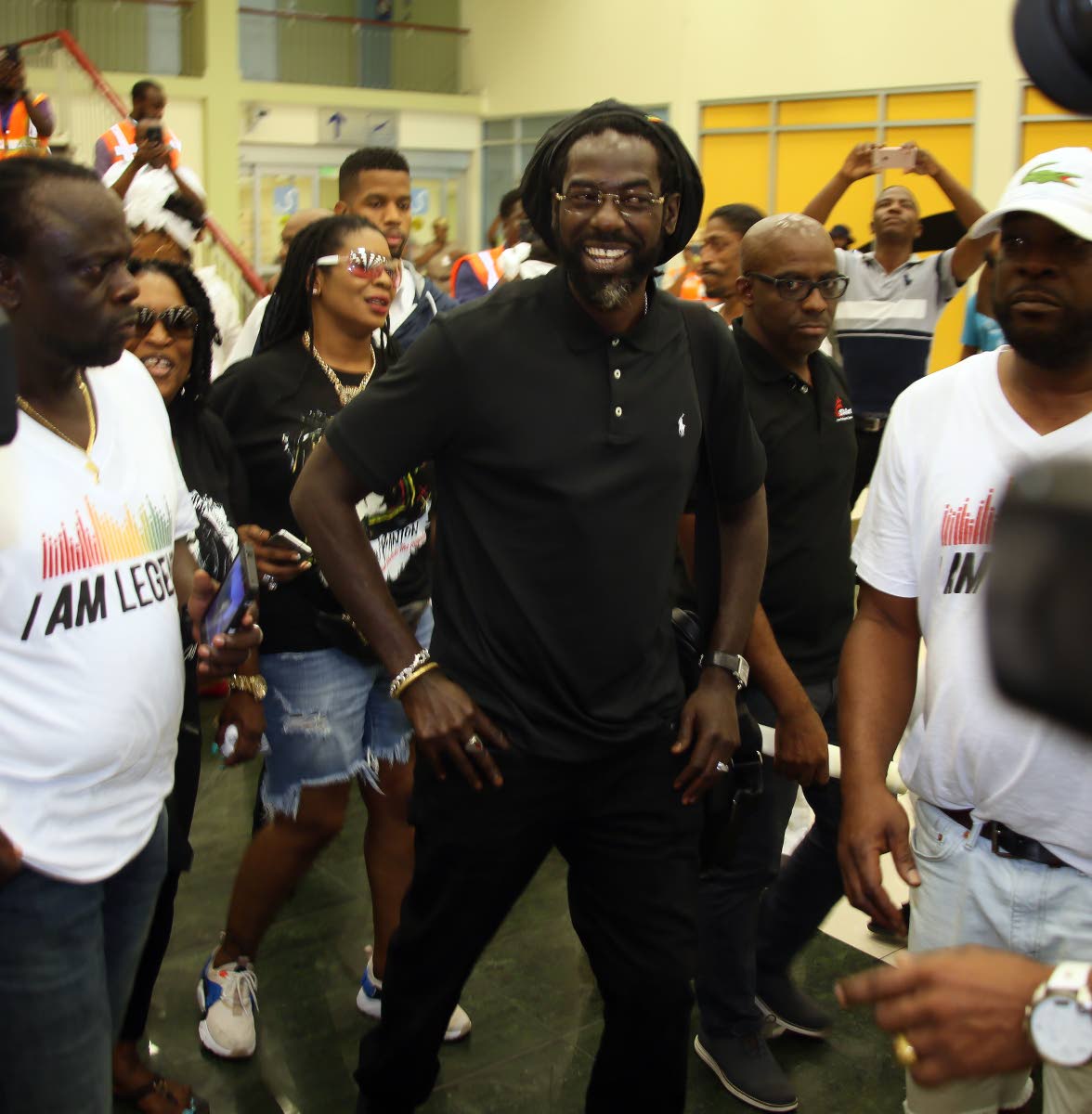