Saltwater Studios celebrated its tenth anniversary this year with a number of well-earned awards at the recent Caribbean Advertising Federation ADDY Awards. Among those was one for the Newspaper Self Promotion Campaign, won for Newsday's We Take You Further print campaign – one of several won in partnership over the years with this newspaper.

The ADDY Awards, founded in Florida in 1960, is the world’s largest advertising competition, fielding over 50,000 submissions each year. Saltwater Studios is a small to medium-sized advertising agency based in Port of Spain that has, over the years, grown to compete at the top tier with well-established local agencies and international affiliate agencies based in TT.

“We’ve always had an excellent relationship with Newsday over many years. This allows us the creative freedom to interpret the creative briefs that they supply to us to extract an idea for maximum creativity.

"For this one, we wanted to juxtapose the forward-thinking and progressive nature of Newsday and mesh it with an approach that was both creative and unique.

“The idea was to illuminate the public on the newspaper’s recent price increase from $2 to $3 daily and to share the understanding that the value offered by the newspaper was a viable one – even in a price-sensitive environment.” 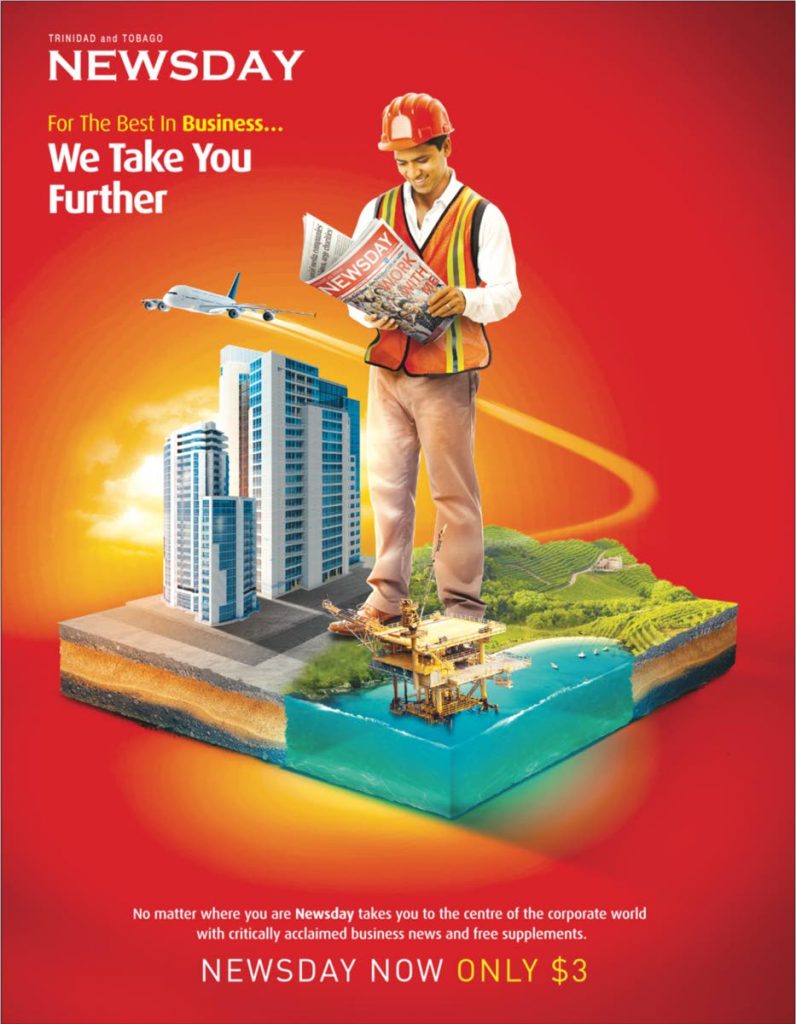 Saltwater Studios has won over 80 ADDY awards since inception and places a lot of emphasis on the work and the client rather on the awards. Rhonda Landreth Smith, creative director and owner of the agency, noted, “Our strength, since 2009, has always been about putting greater emphasis on the idea – the big idea – and complementing that with smart, informed creativity. We seek to find an approach to the creative solution that resonates with the client in terms of not just creativity for the sake of it, but also in terms of sales, target market response and awareness. We aim to stay true to the message and the brand, with the bottom line in mind, so that any company that partners with us can see the fruits of what we do together in the next quarter or coming year.”

She said Newsday, which "we perceive as the innovation leader in the industry for everything from their social media push to N Touch, the digital newspaper, has always allowed us the privilege of pushing the boundaries over the years, and we are happy that the campaign was one that the client was happy with and also one that resonated internationally as well.”

The campaign, in the signature red of the newspaper, featured individuals reading the paper in the main areas of news, business and sport. Each of these represented the average reader and the value that each of these areas brings to them – with sport taking them "to where the action is," business opening the doors to the corporate world with "critically-acclaimed business news" and news immersing the reader in "fact-based, in-depth reporting for local and international news."

In addition to its win in this category, Saltwater Studios garnered 18 awards in total this year – with the highest number of gold awards in TT and the second highest in the Caribbean region.