Approximately 35 per cent of the Scarborough Fire Station was destroyed in Sunday's blaze, according to president of the Fire Services Association Leo Ramkissoon.

Speaking to Newsday, Ramkissoon said the male and female dormitories of the two-storey building were most affected.

"The personnel there would have lost all of their personal items that they would have stored in their lockers while working," he said.

"You also had smoke and water damage throughout the building as well, resulting from the fire-fighting operations."

Ramkissoon said the firefighters are being housed temporarily at the administrative building, adjacent to the fire station.

Although investigations are still be carried out, Ramkissoon said the fire is suspected to have been caused by an electrical issue.

"I am told that that is what most likely would have caused it. Some ballasts for the lighting fixtures in the dormitories was where the fire would have emanated from."

Ramkissoon said he would not be surprised if this were the case.

Ramkissoon told Newsday there was a smaller fire at the station several months ago.

"It did not get out of hand as it did this time. But there was a fire caused by electrical malfunction and faulty electrical connections. So, the building needs to be re-wired."

He said the association first raised the issue with the permanent secretary in the Ministry of National Security in December.

"And we wrote again on February 21 asking for an update on that issue to the repairs that need to be done in terms of the electrical issues."

He said the blaze at Scarborough Fire Station reflected the "truth" of what is happening generally in the Fire Service.

"The service is in a bad state and there are very dark days ahead because we are in a situation where there needs to be emergency attention being paid to the Fire Service to deal with the issues."

Ramkissoon added: "That is why fire officers have engaged in a series of rallies to bring these things to the attention of the public because the main stakeholders of the Fire Service seem to not take us very seriously at all. They are under prioritising the Fire Service and it is suffering as a result."

The Fire Service has been under tremendous strain of late with close to 15 fires in the Mason Hall and Moriah area for 2019. As officers sought to extinguish the blaze on Sunday, they received a prank call about a fire in Mason Hall.

Just 24 hours earlier, officers responded to a house on fire at Content Trace, Mason Hall. That house was totally destroyed. A teenage suspect was held by residents and is currently assisting police with investigations. 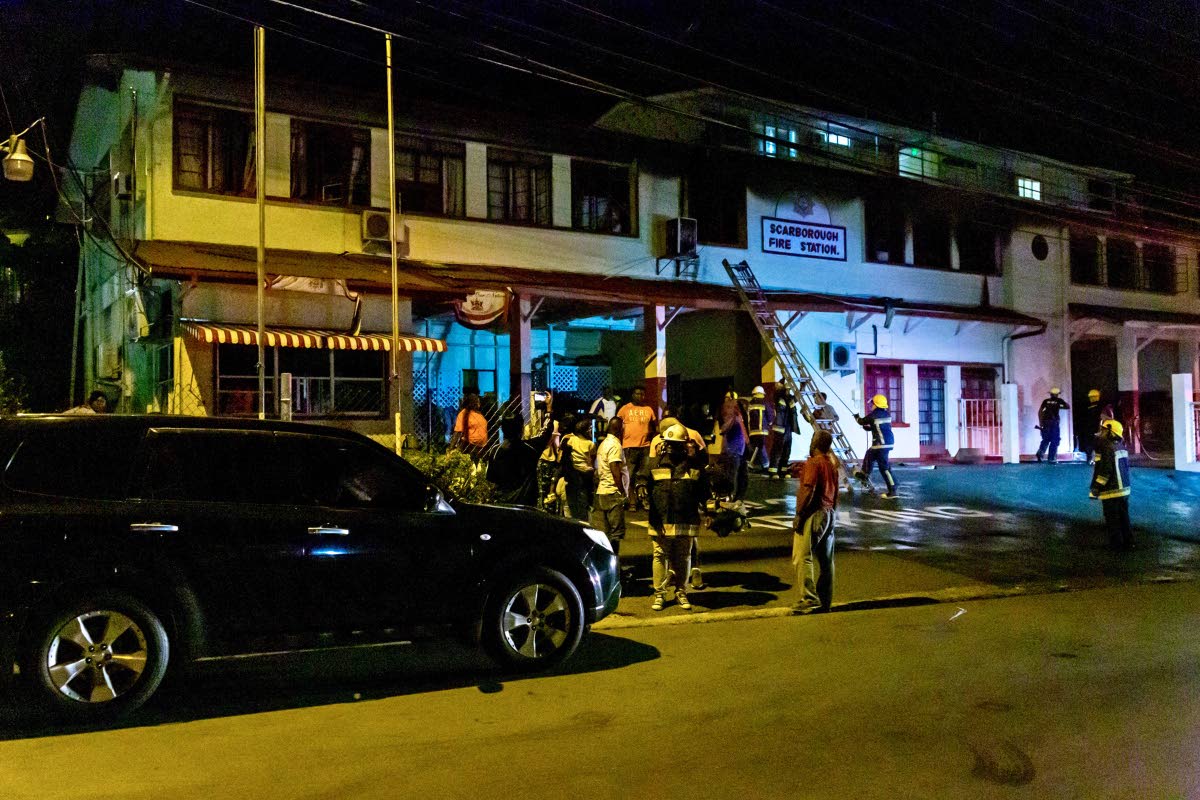