Despite the heavy showers and the resulting slipperiness of the Savannah stage, Joseph Lewis and Shynel Brizan gave captivating performances to win NCC’s King and Queen of Carnival 2019 on Wednesday night.

Speaking with Newsday today, Alan Vaughn, designer of the queen of the band Moko Somokow Mariella Shadow of Consciousness, portrayed by Shynel Brizan, said goosebumps took over his body when he heard one of his designs placed first.

The king of the band was placed second – A Peacock becomes the Windows of the Universe, portrayed by Tekel Sylvan.

He said they both risked their lives because the rain made the stage slippery.

“It was very difficult to move those costumes across that stage, but they both performed very, very well. They showed off those costumes and brought it to life for the audience. 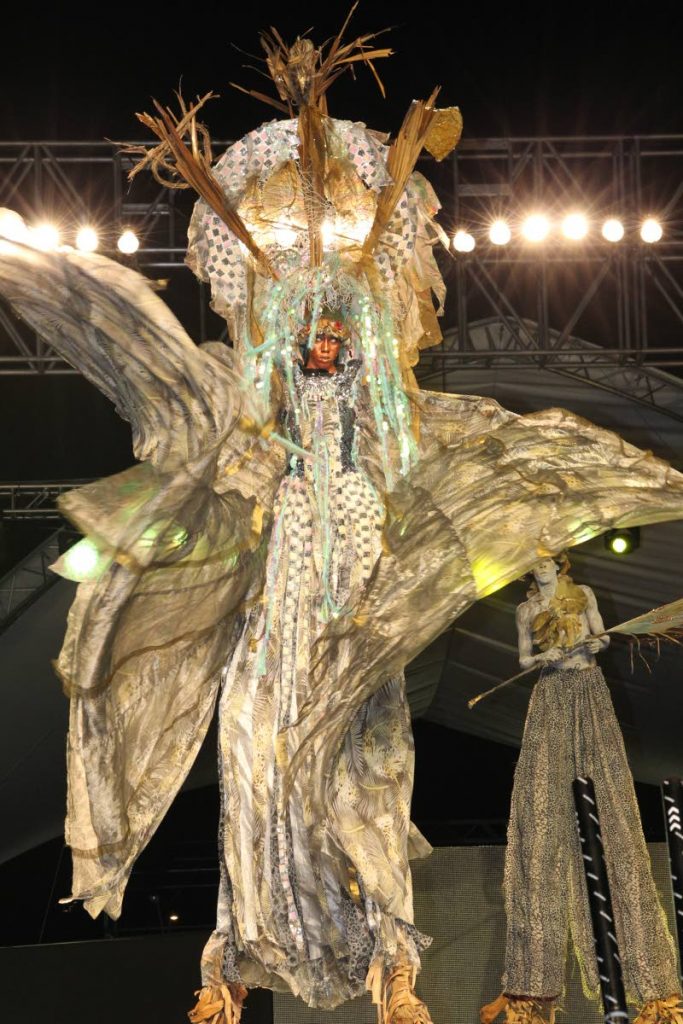 “The masqueraders brought something extra-special to their performances and they also had perfect balance. The stage was so wet. It is very, very dangerous for moko jumbies to cross on a wet stage.”