Mark Ward had no idea what was in store for him when he accompanied friends to the costume collection of Bliss Carnival in Hilton, Port of Spain on Sunday morning. But he was harbouring a touch of envy since for the first time in more than five years he was simply driving his colleagues to collect their costumes, and not collecting one himself.

“I could not put mas as a priority this year because for one thing I have not been able to land a job to give me the extra cash for a costume, and secondly I am doing some renovations to our house and that has made things a bit harder,” the 35-year-old Arima IT technician said yesterday.

“Every time the issue of Carnival came up during the year,” said one of his friends, Justin Madeira, Mark would sulk or go very quiet because he could not play this year.

Ward had resigned himself to the role of chauffeur, deciding that he would drop the crew to their venues to meet their band on Carnival Monday and Tuesday and drive them back home at the end of the day. But his friends had other plans.

“We could not stomach playing without Mark so we decided to raise the money among ourselves without telling him anything,” Madeira said.

When they agreed to go collect their costumes on Sunday, they “plotted” with the Bliss staff to reveal all only after they had secured an additional costume for Mark. Totally unaware of what was going on Mark reluctantly accepted their invitation to accompany them to the Bliss distribution, complaining that the exercise would deepen his depression over not being able to play.

But he made the trip and sat in a corner watching longingly as people came and left with their costume kits. When Madeira collected, he handed Ward the bags for their little group telling him to ensure he had the right number. Mark noticed there was an extra bag and quickly pointed it out.

“That’s no mistake,” shouted Madiera from a corner of the room where some members of the Bliss staff, in on the surprise, had also gathered to witness what was going to happen.

A stony silence descended on the room as Ward tried to digest what he had just heard.

"What do you mean ah playin mas,” he asked eventually.

“That extra bag is your costume from the crew,” Madeira said. “You playin mas. We cyah play without you.”

Ward got up from his seat and hugged Madeira as the Bliss staff applauded some of them, shedding a tear or two. Mark also cried to which everyone in the room went “Aaaw.”

Bliss Carnival posted the video of the event on their Facebook page and it had attracted more than 8.7k views, some of the people reacting to the incident by “longing for friends like that." 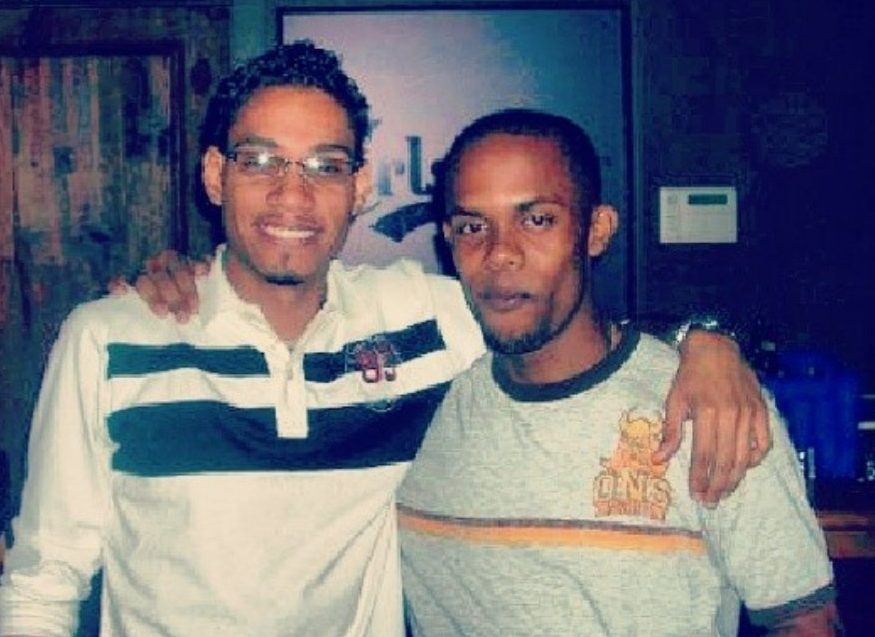