Ramdeen has suggested that the “error” in the judge’s appointment, which was discovered by the Office of the President, cannot be corrected.

Weekes, in response to correspondence sent to her two weeks ago, by Ramdeen on behalf of UNC activist Devant Maharaj, on Wednesday told him his queries “caused the office of the President to review its records and discover an error.”

She explained what the error was: “While the relevant instrument of appointment indeed indicated that the Honourable Justice had been appointed, in accordance with the provisions of paragraph (b) of subsection (3) of section 110 of the Constitution, the letters of consultation to the Prime Minister and the Leader of the Opposition dated 21st July, 2017, and which preceded the appointment, referred to section 110 (3) (a).”

Members of the JLSC are appointed by the President and Pemberton was appointed to the JLSC in 2017 by former president Anthony Carmona.

The JLSC is chaired by CJ Ivor Archie and currently comprises head of the Public Service Commission Maureen Manchouck, attorney Ernest H Koylass, SC, Justice of Appeal Charmaine Pemberton, and Nicole Beaubrun-Toby, according to its 2017 report.

The Privy Council, in its ruling, granted two declarations: That there cannot be appointments to the JLSC, under section 110(3) (b) of either serving judges or former judges in retirement; and that the commission must comprise five members.

The President's reference to section 110 (3) (a) is crucial because, according to the Constitution, JLSC members appointed under that section may be "one from among persons who hold or have held office as a judge of a Court having unlimited jurisdiction in civil and criminal matters in some part of the Commonwealth or a Court having jurisdiction in appeal from any such Court," which would clearly allow for Pemberton's or any other judge's appointment.

But, Ramdeen again wrote the president in reply on Friday, telling her, “If there is a conflict between the letters of consultation which were issued by the Office of the President to the Prime Minister and the Leader of the Opposition which referenced appointment under section 110 (3) (a) and the instrument of appointment which was eventually prepared which appointed Justice Pemberton under section 110(3) (b), how can we conclude that the error lies in the instrument of appointment and not the letters of consultation?”

He added, “Furthermore, as a matter of logic and law, the instrument of appointment supersedes the consultation letters. It is the legal instrument by which the appointment is made.

“It has legal and constitutional effect and is published in the Gazette as evidence and notice of the appointment to the world at large.

He added that “great care and attention” was taken by public officers who draft instruments of appointment for the Office of the President.

“We should not, therefore rush to presume and assume error on their part. They act on instructions and carefully vet instruments of appointment which contain a few sentences.”

Ramdeen said his client was happy that Weekes proposed to correct the problem, but said he was concerned that her interpretation of the events “could be perceived as an attempt to save Justice Pemberton’s illegal appointment.

Ramdeen, however, also questioned the President on her silence on Maharaj’s legitimate concerns about Pemberton’s appointment that she was promoted to the appellate court ahead of many senior high court judges and soon after appointed to the JLSC ahead of numerous senior judges in the higher court “with far greater knowledge and experience.”

He reminded Weekes of the senior judges, whom he said were overlooked when Pemberton was “illegally appointed” to the JLSC on September 19, 2017.

He also said there were five senior judges on the high court bench who were overlooked when Pemberton was promoted to the appellate court, including Joseph Tam, Malcolm Holdip, Mira Dean-Armorer, Carol Gobin and Joan Charles.

“Apart from these serving judges, there are many retired judges of great eminence who can also be considered." Ramdeen insisted.

“Her Excellency has a ‘moral and spiritual’ duty to the nation to consider whether Justice Pemberton’s appointment is in the best interest of the JLSC and the Judiciary as an institution.”

He told the President, “As you are aware, public confidence in the administration of justice has been severely undermined and eroded because of the damning and destructive whirlpool of allegations that continue to encircle the Chief Justice without any clear response."

In his three-page letter, sent on Friday, Ramdeen said not only was the Judiciary in crisis, but was “disintegrating and collapsing before our very eyes.”

“…Our leaders continue to bury their heads in the sand. Its moral authority and legitimacy have been eroded and the integrity of the system is under threat.

“Your Excellence has a responsibility and constitutional duty to put the country first. You cannot ignore the substantial concerns raised by our client.

“We ask that you carefully consider whether it would be in the public interest to appoint a judge who was promoted by the Archie-led JLSC ahead of more senior judges,” Ramdeen told Weekes.

Ramdeen also suggested that the Leader of the Opposition did not support Pemberton’s appointment to the JLSC.

“Whilst Prime Minister Dr Keith Rowley supported Justice Pemberton’s appointment, the Leader of the Opposition did not,” he said.

He added, “Your Excellency will go a great disservice to the nation if she acts as a mere rubber stamp for the Government.

“The Judiciary is in crisis and it will certainly be in the best interest of the Judiciary and the public that a more senior judge, who can gain the support of both the Prime Minister and the Leader of the Opposition, hold the position the judicial officer appointed to the JLSC,” he told the President.

Ramdeen had written to Weekes last week, pointing out the Privy Council ruling on section 110(3) (b) of the Constitution.

In that letter, he said failure to revoke Pemberton’s appointment would “create a constitutional crisis,” and a refusal to act would amount to a serious abdication of duty on the part of the President.

Ramdeen had given Weekes five days to revoke the appointment and appoint a more suitable candidate. He has also told the President, if she failed to act, he intended to file a claim for administrative relief under the Judicial Review Act and the Constitution to have Pemberton's appointment quashed and it be declared unconstitutional and illegal.

Section 110 of the TT Constitution:

(1) There shall be a Judicial and Legal Service Commission for Trinidad and Tobago.

(a) the Chief Justice, who shall be Chairman;

(b) the Chairman of the Public Service Commission;

(c) such other members (hereinafter called “the appointed members”) as may be appointed in accordance with subsection (3).

(3) The appointed members shall be appointed by the President after consultation with the Prime Minister and the Leader of the Opposition as follows:

(b) two from among persons with legal qualifications at least one of whom is not in active practice as such, after the President has consulted with such organisations, if any, as he thinks fit.

(4) Subject to section 126(3)(a) an appointed member shall hold office in accordance with section 136. 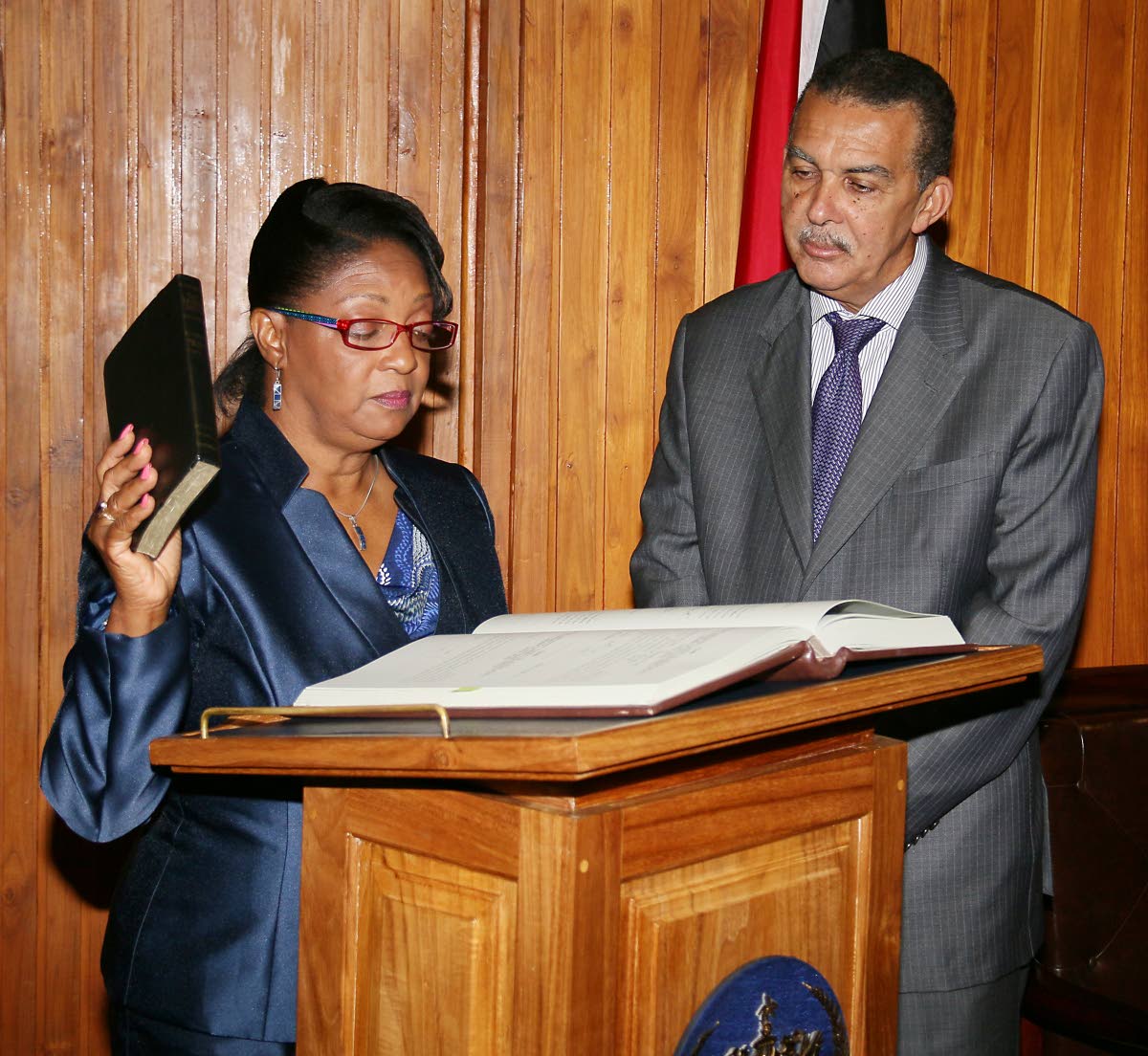 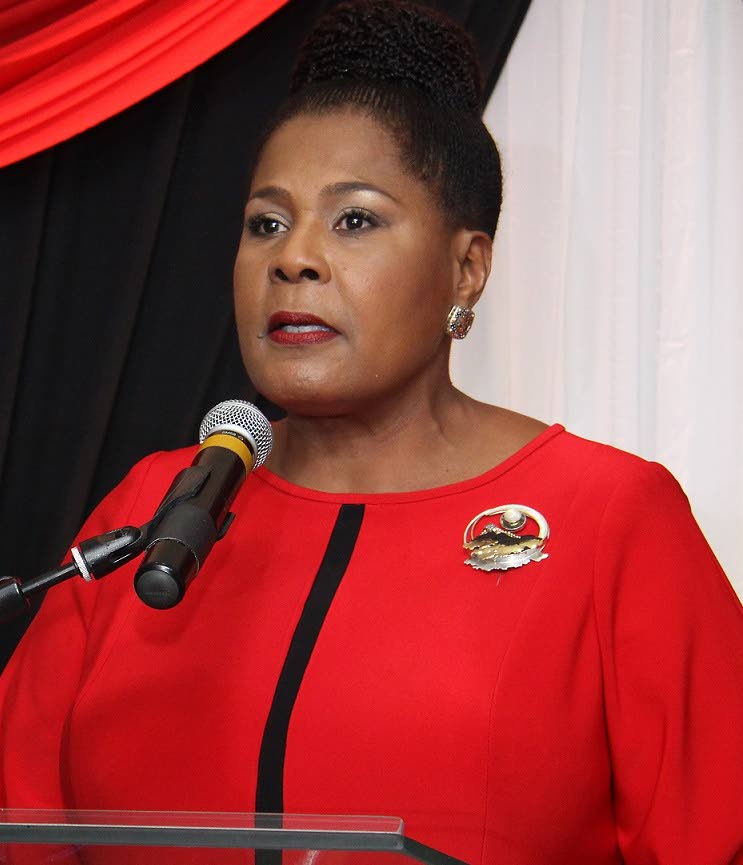