Neil "Iwer" George has given an ultimatum to Machel Montano, if Montano wants him to perform at his concert tomorrow.

George, on his Instagram account, suggested that Montano had asked him to perform at Machel Monday, but said he will only do so if Montano and manager Anthony "Chinese Laundry" Chow Lin On apologise to him and Kerron “Sunny Bling” Sealey. The two soca stars have four songs in all “dissing” each other.

During his performance at Army Fete, on Friday night, Montano told the audience that he had extended an invitation to George to share the stage at Machel Monday tomorrow. He said he also told George to bring radio/television host Sunny Bling with him. He told the audience George had said he would get back to him but that he hadn't received a reply. He then asked the crowd if they wanted to see George perform at his concert. The crowd of thousands screamed that they wanted to see George perform.

George and Montano had both publicly denied that they there was any bad blood between them and that the songs were just picong. On his IG post, George detailed his past interactions with Montano and the Machel Monday concert. He wrote: “2007 - 2017: Due to a falling out with my longtime friend Chinese Laundry, all Iwer George songs were banned (from) 96.1FM. During this period, this station was considered by many to be the number one urban station in the country. Two things are important to note here: 1) The intention of this ban was to end the career of Iwer George, but in the end the ban only made me stronger. I had numerous hits and a Soca Monarch title during this period and my core fan base grew and rallied in support against the mafia. 2) During the period of this ban, my soca colleague Dr Machel Montano was closely connected with the banning entity, who served as his business manager and the main promoter of the Machel Monday show during this period. Despite numerous requests made to Machel, as a fellow soca artiste, to mediate the situation and not support a ban on a fellow soca artiste, the ban remained in place for 10 years.”

George added that in 2017, Montano, who had a tiff with fellow artiste Ian “Bunji Garlin” Alvarez, mended the relationship and a song was produced to prove they had reconciled.

Also in 2017, he said his relationship with Chow Lin On was finally mended and he performed at Machel Monday for free. He did so again last year. The second performance, also for free, was marred in controversy after George, who wanted Sunny Bling to perform a parody of his song, was told that could not happen. Sunny Bling vowed to never return to Machel Monday.

George continued: “One month after the release of Road March Bacchanal 2, the Dr (Monto) approached me backstage at Tribe Ice. Notably upset, he said, and I quote, "You will never see another Machel Monday stage. Georgie, yuh banned for life!" Now that the historical context is set, you can now fully understand my hesitancy to commit to an appearance on Machel Monday. I think it is only fair that the Dr publicly apologises for banning me from Machel Monday for life, in the same way that he is publicly announcing that I haven't returned his calls.” 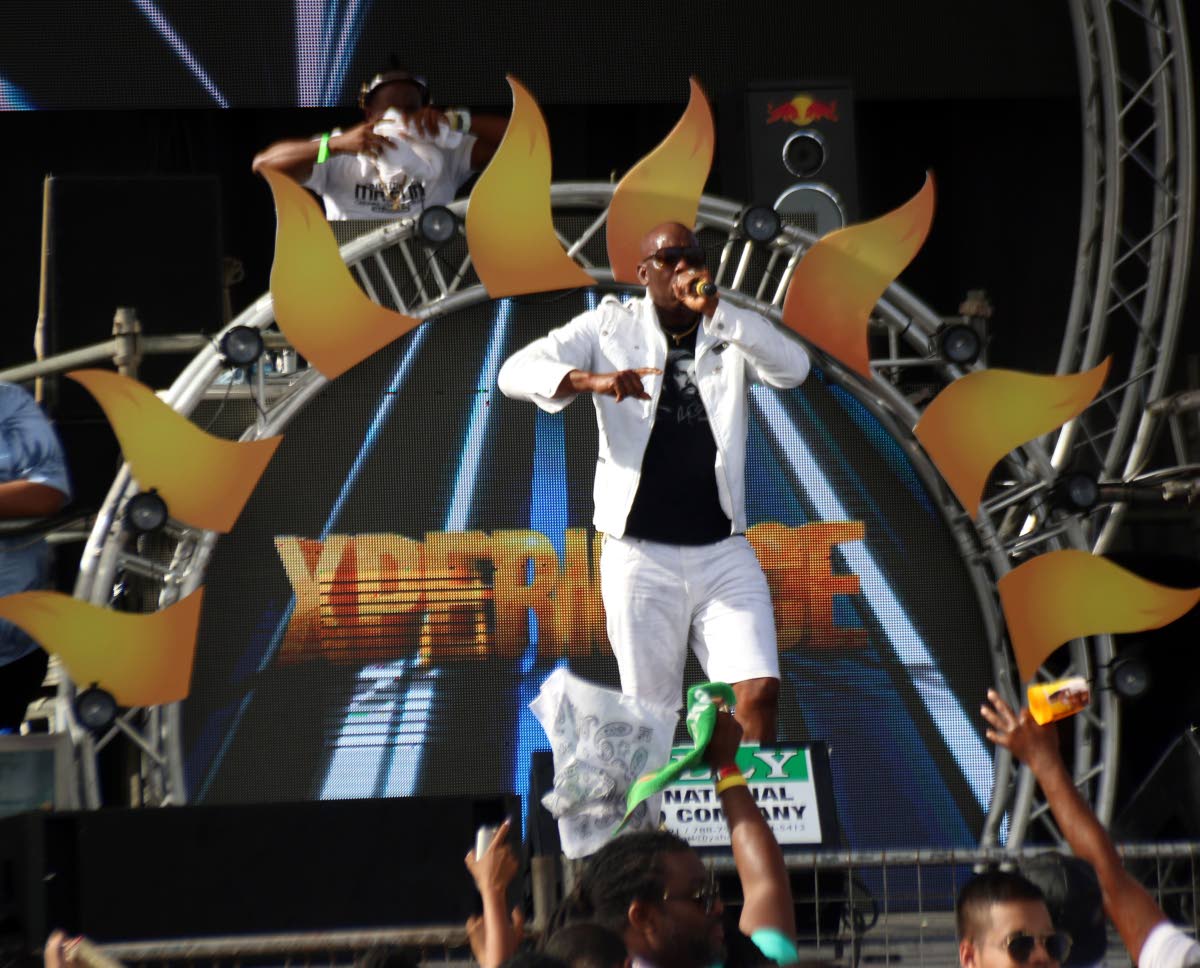