AMERICAN actress and activist Sheryl Lee Ralph Hughes knows who she is, and it shows.

The consummate mother, on and off screen, has deep Caribbean roots of which she is extremely proud. Born to an African American father and Afro Jamaican mother, she said although she has never really lived on the island, her mother ensured her link to "home" was kept strong. "My mother kept us connected to Jamaica our whole lives and I am there often. I did the same with my children, and I am in Jamaica so often people think I live there," she told WMN. Her rich Jamaican heritage is just as important to her as her American heritage, and she makes sure everyone knows it, as she switches between American and Jamaican accents with ease.

"For Culture or Heritage Day at school, you should have seen my presentations. I would bring my culture to school. I'd dress the part, the food, the songs would be 'extra' because I know who I am," she said, as she broke out into a verse of a folk song by Jamaica's Louise Simone Bennett-Coverley, also known as Miss Lou.

Ralph Hughes, 62, is well known for her roles as Dee Mitchell on the sitcom Moesha, Florence Watson in Sister Act 2 Back in the Habit, Maggie Turner in Instant Mom, and now plays Rose in the new CBS series, FAM - all strong, progressive, and sometimes strict maternal characters. "I'm always the mom. Everyone likes to have me as a mom, even in real life, I'm mom to my children's friends," the mother of two said.

She visited TT for the first time earlier this month, when she was invited by Sagicor to deliver the feature address at the Sagicor All Staff Motivational Meeting 2019, at the National Academy for the Performing Arts. However, she said, thanks to her father she holds a fond musical connection to TT. "My father would visit TT and come home with records. 'If you miss the one, you'll never get another one. Bee-dee-dee-dee-bom-bom to San Fernando. Last train to San Fernando'," she belted out the lyrics of the song com­posed by the Mighty Spit­fire in the 1940's. She said the music always made her want to visit TT.

"I have been coming to TT for years and mi jus reach! I had a wonderful time and it won’t be the last, Gods willing." Ralph Hughes said the Sagicor staff ensured that she got as much of TT as she could during her short stay. "I visited three panyards and now have a new love for steelbands! The sound, the precision, the style, the spirit of community, the Caribbean artistry! I love it all. I love the All Stars," she said of the national instrument. And the food? "I ate my doubles like a pro! But I really love bake. I’m trying to make bake for myself." 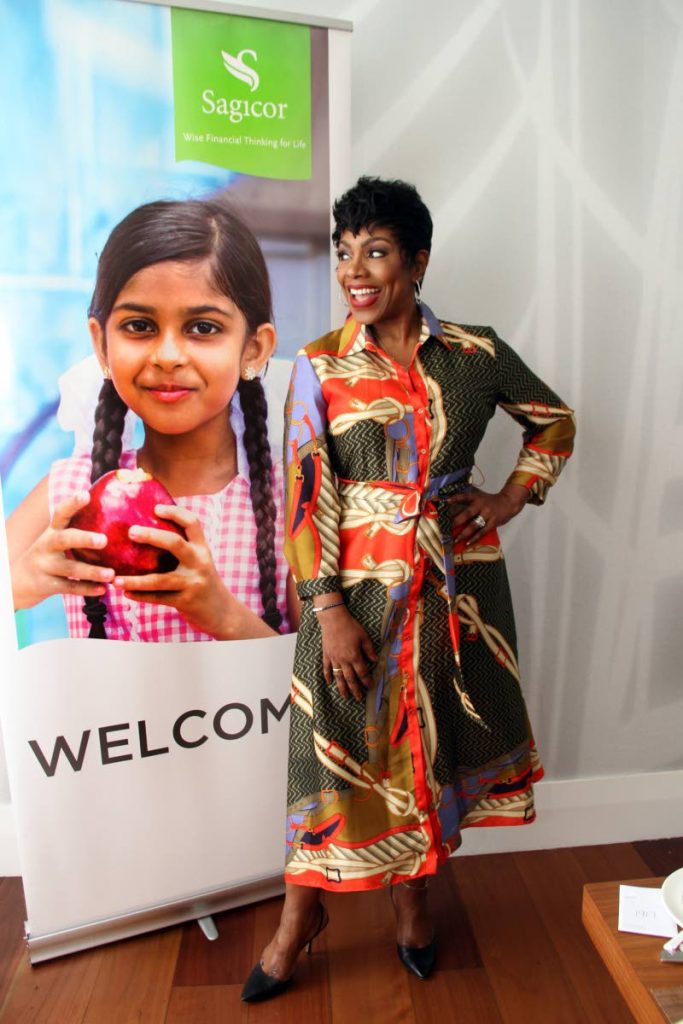 She is obviously quite comfortable in the spotlight. Apart from her on-screen presence, her role as Deena Jones in the original Broadway musical Dreamgirls earned her a Tony Award nomination for Best Actress in a Musical. But her experience and confidence does not prevent her from having nervous moments. "I’ve had stage fright that kept me from singing for quite some time, and only had the nerve to back onstage two years ago when I made Broadway Theatre history as the first woman of African descent to play the role of Madame Morrible in the Broadway box office smash, Wicked."

And there are times when she uses the spotlight to promote her causes as an activist.

"I have been an HIV/Aids activist for over 30 years and I founded my NGO, The DIVA Foundation to raise awareness. I am now including others life threatening diseases like cancer and heart disease. I’d like more people to check their blood pressure numbers, get on medication to prevent strokes."

She said the foundation was born out of deep loss. "I created it as a living memorial to the many friends I lost to Aids as an original company’s member of Dreamgirls on Broadway. We produce Divas Simply Singing, which at 29 years is the longest consecutive running HIV/Aids benefit in the USA."

As a motivational speaker, what makes it easier for her to "speak things into existence" is her positive visualisations, which she says stems from her upbringing. "I’m a good little church girl who was raised to do good. It’s what my parents believed in. To whom much is given much is required. I was raised to believe that anything was possible. Anything! As an adult I choose to be positive and not worry about a thing!"

And even though she is not actively involved in politics, she doesn't shy away from it, even if she wanted to. Her husband is US State Senator Vincent Hughes. Ralph Hughes predicts a female US president “sooner than you think”.

"Michelle Obama would be a formidable candidate, but I don’t think it will happen. Kamala Harris is in the race to the White House now and she’s gotten off to a good start, so we shall see. Plus her father is West Indian (Jamaican)," she said with a hint of a smile.

In light of the economic, humanitarian and political crisis that is unfolding in the once wealthy Venezuela, she opines that the US needs to be very careful about how it goes about its business. “Venezuela had everything, now they have nothing.” She likened the attempts by authorities to prevent the thousands of Venezuelans who have fled their country to illegally seek refuge in other countries to the situation involving the US and Mexico. “That is the power of culture… Mexico was huge.” The Mexican Cession, the region in the modern-day southwestern United States that Mexico ceded to the US in the Treaty of Guadalupe Hidalgo in 1848 after the Mexican–American War, consisted of present-day US states of California, Nevada, Utah, most of Arizona, about half of New Mexico, about a quarter of Colorado, and a small section of Wyoming. “Build a wall and these people ... will still find a way. Very little is going to change with a wall.”

Over the years the dimpled actress has had quite a number of memorable moments, among them, "Working with Denzel Washington in the Mighty Quinn, winning the Independent Spirit Award for Best Supporting Actress in Charles Burnett’s To Sleep With Anger with Danny Glover, making the film Mistress with Robert De Niro, shooting the series Moesha was also something I’ll never forget." She is also having fun shooting FAM. "I’ve had a wonderful career, with more to come," including characters that have more challenging roles. 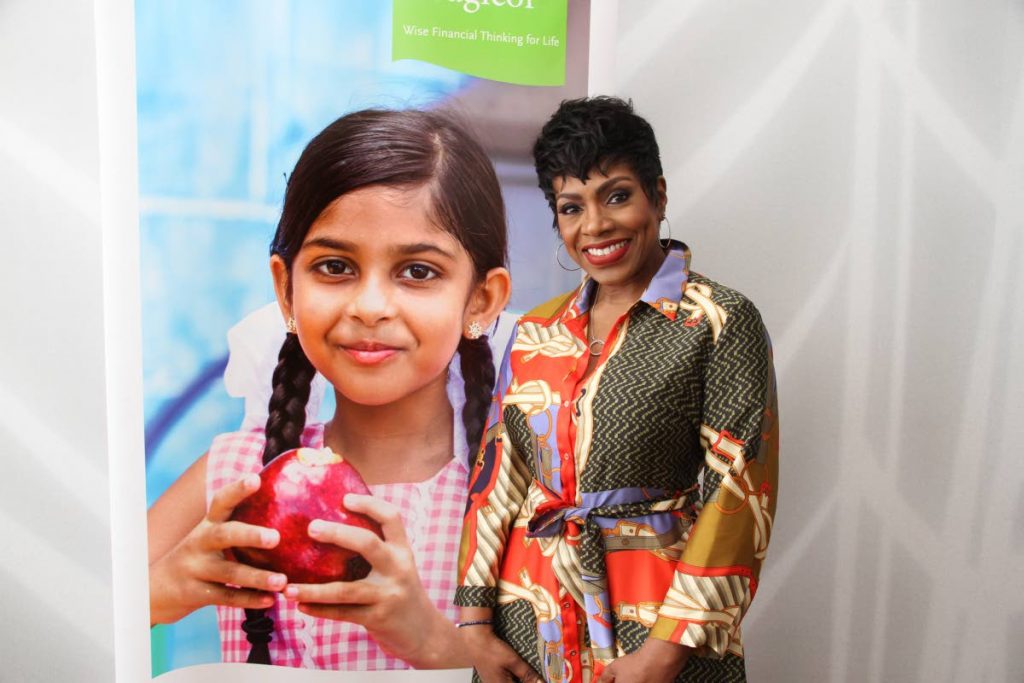 But one of the most outstanding experiences for her, was meeting Jamaican-American supermodel, singer, songwriter, record producer, and actress Grace Jones. "She is outrageous, outgoing and amazing! I remember going to her hotel room to meet her and when she opened the door she was stark naked," Ralph Hughes laughed out loud, her dimples pronounced. "My first thought was, 'why?' and I tried to keep focused on her face. She is amazingly powerful, and she is hot and iconic!"

She says she is fortunate in that new opportunities are always presenting themselves, with her latest being a podcast. "Subscribe to my new podcast, Diva Defined. My guests are wonderful and have so much to share. Not the usual Hollywood fluff."