Fear and uncertainty are the default emotions of Venezuelan refugees to TT, who live in a perpetual state of limbo, often classed as illegal, unable to work, educate their children or access health care because of a legislative system that does not recognise them, according to a new report on Venezuelan refugees in TT. They face discrimination, abuse or apathy at the hands of immigration and legal officers, and exploitation and xenophobia from members of the public.

In a report on the state of Venezuelan refugees in TT, Refugees International (RI), a Washington DC-based independent humanitarian organisation said, “TT does not provide Venezuelans with adequate assistance or access to protection and services, nor has it offered any special temporary status to them, as many Latin American host countries have done.”

RI releases its report today, and it is based on research conducted in November last year. It is titled Forced into Illegality, and cites numerous interviews with refugees, as well as reports by local and international bodies, documenting the challenges that refugees face in TT, including the capricious interpretation of existing law, which sometimes results in them being hauled off to the Immigration Detention Centre.

The report also noted that the number of registered refugees increased from 100 in 2016 to 9,000 as of November 2018, but “the Government lacks a migration policy, and its existing migration law fails to afford these individuals adequate rights and assistance.”

The report said, “While the government approved a National Policy to Address Refugee and Asylum Matters in the Republic of TT (Refugee Policy) in 2014, it is failing to implement it. There is also no domestic legislation for refugees and asylum seekers. Instead, the Government considers asylum seekers and those granted refugee status by the UN Refugee Agency (UNHCR) to be undocumented migrants.” There is also reason to believe that despite accession to international treaties for the protection of refugees, this country has engaged in “non-refoulement,” sending back asylum seekers to the country they fled – most notably the “repatriation” of 82 Venezuelan nationals last April.

Inadequate data also makes it difficult to ascertain the extent of the problem. Refugee International said 40,000 Venezuelans were in TT, but acknowledged that had been the “working figure for several years, without any official update.” And while TT has received far fewer refugees than any other country, it has the highest per capita inflow – for every 35 people, there’s one Venezuelan immigrant.

Given the situation in Venezuela, and the proximity between both countries – just seven miles at their closest points, it’s likely that refugees are going to keep coming.

Some of RI’s most serious concerns for refugees are xenophobia, and TT does not provide Venezuelans with adequate assistance or access to protection and services, nor has it offered any special temporary status to them as many Latin American host countries have done. Instead, Venezuelan migrants are forced to live in hiding. Many have been charged with illegal entry or presence or working without a work permit/working illegally. However, there are currently no means for them to regularise their status.

The report said, “The current situation enables a lack of accountability for abuses of power by authorities. One refugee told RI, ‘We are scared to go out of our houses, and sometimes the police come into our houses.

“’They treat us as though we are all criminals. We can’t make complaints about police abuses because of our legal status.’”

At the Immigration Detention Centre (IDC), refugees told of abuses at the hands of guards, overcrowding and lack of health care for detainees. It also noted that lawyers and international organisations had a hard time accessing the IDC, with the UN High Commission for Refugees not being granted permission to examine conditions since 2014.

Aside from regularising their status to be able to work, Venezuelan refugees are also concerned about being able to educate their children, with 75 per cent of Venezuelan children unable to go to school, and being able to access healthcare. The language barrier for one, is difficult, with the report noting that unless there’s a Cuban doctor stationed, or refugees go with an English speaker, it’s hard to get help. There’s also a concern that local staff at health centres will report them to immigration. One fallout is refugee children are behind on their vaccinations, leading to a possible public health situation.

The report did suggest solutions, including short-term regularisation of refugees that also allow work permits. “Venezuelan refugees and migrants constitute a potential source of significant human capital. To date, this resource remains largely untapped by the formal economy in TT,” the report said, including those professional degrees and those who have completed secondary education. There’s also the question of funding for improving the refugee infrastructure in TT, as well as training and capacity building for local NGOs who help assess and process refugees in TT, like the Living Water Community. The report also noted a Caribbean sub-regional fund as part of the Regional Inter-Agency Co-ordination Platform for Refugees and Migrants from Venezuela, to which international donors could contribute, and TT could potentially access.

RI said,“Providing legal status, seeking alternatives to detention, and allowing access to employment and key services could prove mutually beneficial by improving social cohesion and the ability of the government to respond effectively to the situation. The need to improve these policies will become only more pronounced as the Venezuelan crisis persists and the influx of desperate refugees, asylum seekers, and migrants to TT continues.” 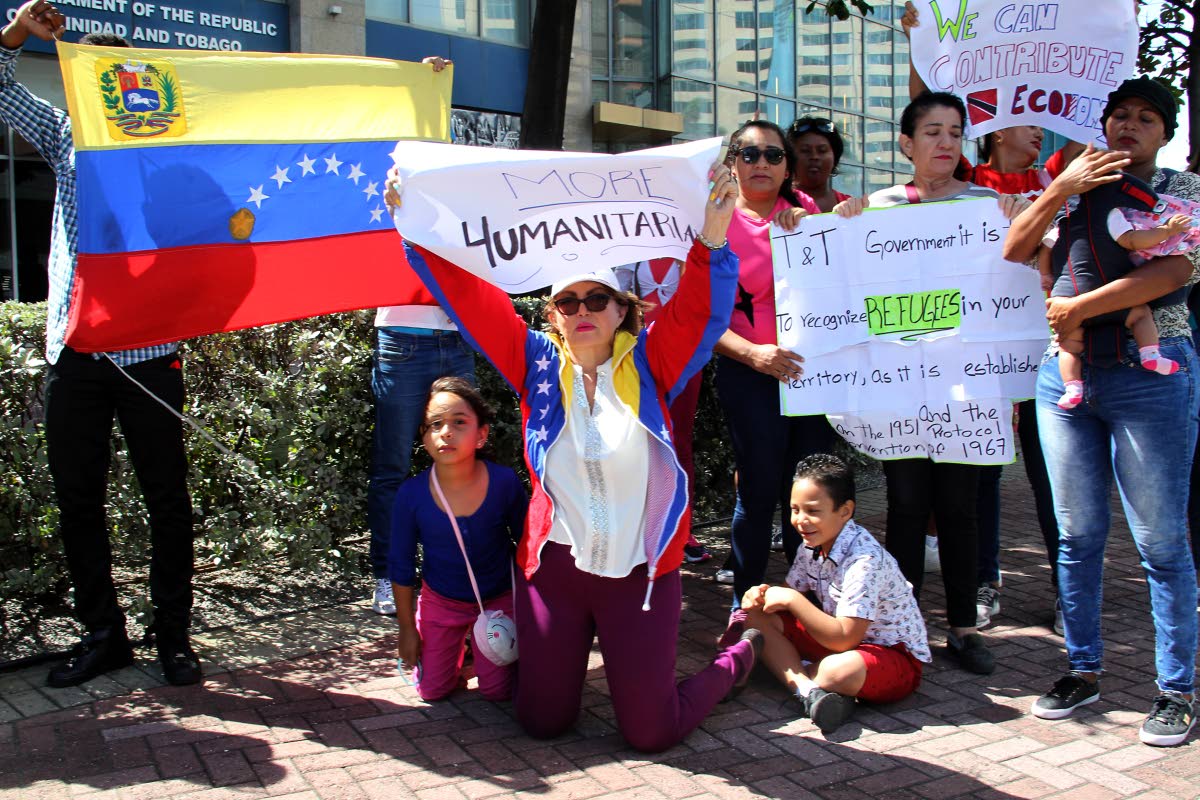