OVER the past few days, a mission was undertaken to rescue two Trinidadian boys, Mahmud and Ayyub Ferreira, who were stranded in Syria after their father took them there four years ago and later disappeared, presumed killed while fighting for Isis.

UK rockstar Roger Waters of the supergroup Pink Floyd underwrote the rescue mission. Their mother Felicia Perkins-Ferreira was also taken to bring home her boys, now aged seven and 11. They were released into her care on Monday.

"Dubbed 'Team Nightingale,'" said the release, "this team was formed to deal with the possible repatriation and reintegration of TT nationals who have been held in refugee and detention camps in Iraq and Syria." 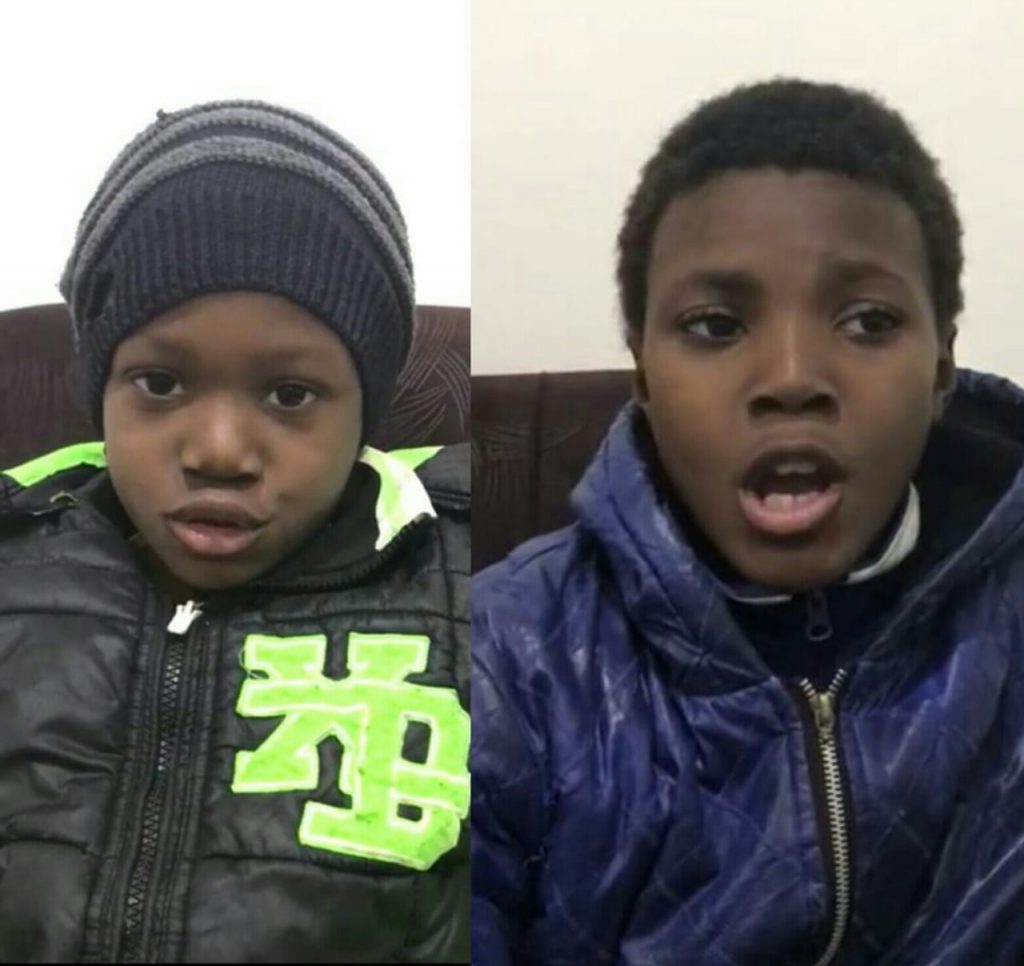 Stafford Smith begs to differ from the account given in that release. In an e-mail to Newsday today, he thanked this newspaper for its "earlier coverage of our efforts to get the two kids, Mahmud and Ayyub, back." Newsday columnist Joshua Surtees, who accompanied the group to and from Syria, was one of those who covered the story for Newsday before the rescue mission began.

However, Stafford Smith went on, "I was horrified by the nonsense that the anonymous 'Team Nightingale' sent you." He described Team Nightingale as "utterly useless" over the past four years of the boys' captivity and its release as "insulting drivel."

He was not surprised by its claims, however. While full of praise for the local public servants who assisted, he said: "I am used to certain political types trying to make themselves look good at the expense of the truth."

In fact, Stafford Smith was moved to write the following account, published here in full, in response to that release, which said "Team Nightingale" had been meeting weekly and that the Ferreira boys were among its priorities. That this team's existence had been a secret up till yesterday, it said, was because "this process is confidential and multi-faceted, balancing national security concerns and the public interest."

Unimpressed, Stafford Smith wrote that those responsible for this "disgusting" press release "should hang their heads in shame, and apologise."

Below is Stafford Smith's full response:

"I just got as far as London on a rather difficult trip to Iraq and Syria to assist in the rescue of Trinidadian kids Mahmud and Ayyub Ferreira, accompanying British rockstar Roger Waters, Felicia Perkins-Ferreira (the mother) and journalist Joshua Surtees (who also played a key role).

"Those 72 hours were among the most arduous in my rather long life – we had to get everyone to Iraq, negotiate with the authorities all the way to the Prime Minister, then spend 21 hours going to North East Syria. We left in the dark at 5.30 in the morning, and passed through areas that were, until recently, a war zone where Yazidis were subjected to something close to genocide. We crossed the border in a small boat that seemed destined to capsize in the historic Tigris river. We travelled at breakneck speed to Qamishli to arrive in time. And we then wound our tortuous way back to Erbil, arriving well after midnight.

"On the way back we carried two traumatised boys, kidnapped from their mother on June 20, 2014, the day after Ayyub’s third birthday. Mahmud – now just 11, around the age of my own son – broke down in copious tears at one point, so overcome with what he has been through. I wish to recognise everyone who made this rescue possible as true heroes of human rights.

"It was therefore particularly sad to see a small and anonymous cartel of Trinidadian law enforcement types (claiming the label Team Nightingale) issuing a press release, discussed yesterday in this paper, that was insulting drivel. They suggest that Felicia did not show enough interest in getting their help for her children.

"Given how utterly useless these people have been in achieving anything for her over the four years of her torment, readers will hardly find this surprising. I have worked on human rights for 35 years, and I am used to certain political types trying to make themselves look good at the expense of the truth. The nightingale is known for its sweet song; Team Nightingale is well out of tune, and it is important to set the record straight.

"First, I want to give thanks where thanks are due. The Trinidadian civil servants were a delight to deal with, and set the gold standard for efficiency. I wish I could name them all here, but they got me emergency passports for the two boys within seven hours of my arrival at the High Commission in London. This was a credit to your country, and meant that Trinidad had helped us help your citizens more effectively than any other country to date.

"Second, I want to recognise Roger Waters and his team, who went to enormous expense to make this possible. At Christmas, your prime minister bemoaned the fact that tiny Trinidad did not have the resources to carry out operations like this without help. This rescue was therefore carried out without a single Trinidadian tax dollar.

"Third, I want to thank the Iraqi and British police, who did their duty while keeping their eyes firmly on the facts. As the officer from the London police said to me last night, the overriding issue was the welfare of a mother and her children. He waived all but the most mandatory of questions, and spent most of the interview advising Felicia and the two boys to visit the Tower of London and other tourist sites.

MOTHER A VICTIM TOO

"But most important I want to be absolutely clear: Felicia Perkins-Ferreira is herself a victim, desperate for four years to get her children back. I have a child; many readers may be parents also; we all know how awful her suffering must have been. For your officials to imply somehow that she did not care is simply disgusting. I was with her for those desperate 72 hours – she did not sleep a wink, she could not eat, and at one point she fainted from the stress in the entrance hall of our hotel. (It was fortunate that Mr Waters had the foresight and kindness to pay for a medical expert to be on hand the whole time.)

"I therefore expect – indeed, on behalf of justice, I demand – that when Felicia and the children arrive in Port of Spain... they should be accorded the welcome and respect that they deserve. I also fully expect that those responsible for this disgusting press release should hang their heads in shame, and apologise."