FOR artist Andrea C Hoffer, Tobago has been an inspiration. This is certainly highlighted through her tropical trees paintings at her ongoing solo exhibition at the SoftBox Gallery.

Hoffer, who is German by birth, said she continues to be gratified by her viewers' reaction to the size and complexities of the pieces in the exhibition titled Foreign Familiar.

"We had a nice opening considering the number of other art events that were taking place. We had quite a few respected artists present. Jackie Hinkson, Sundiata, Norris Iton, Dr Kwynn Johnson ect," she noted.

Remnants of Hoffer's first solo exhibition, Between Time in 2015, were included at her December 6 opening. Her main focus is on a series of ten tropical trees painted in egg tempera, an old master technique. This series of these tropical trees is called Silent Companions.

Hoffer's trees were first presented in a solo exhibition at Frank Schulag and Cie Gallery in Germany in October. Two of the Silent Companions paintings are represented in Foreign Familiar. 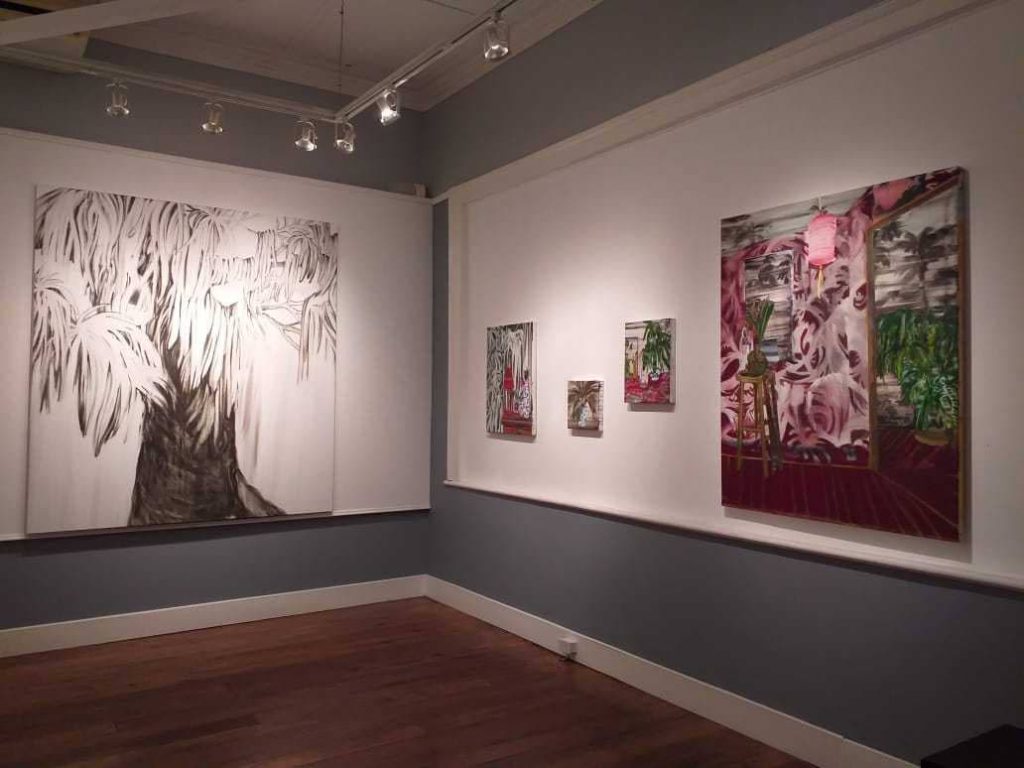 Beside the trees, there are "interieurs," still life and smaller landscapes, paintings on canvas and linen-structured paper in egg tempera.

Hoffer was still a student at the Academy of Arts in Duesseldorf, Germany, when she first visited TT in 1998. During her stay, she painted landscapes plein air in Tobago. Her first solo exhibition was in Trinidad at Gallery 1234.

A former student of the famous German painter Prof A R Penck, she graduated with a Masters in Fine Art and since 1994 has had numerous solo and group exhibitions in Europe and has also shown her work at the National Museum in 2007.

The exhibition runs until January 31 and opens 10 am-6 pm, Monday to Friday and 10 am-2 pm on Saturday at 9 Alcazar Street, St Clair.