THE Queen’s Park Table Tennis Club did a one-two at the RMSL Super Singles Table Tennis Tournament 2018 on Wednesday as Shemar Britton and Brittany Joseph, took first place positions in the men’s and women’s divisions.

The champs were decided after an interesting round robin battle at the National Racquet Centre in Tacarigua on Wednesday evening.

Britton went through the round robin without a loss, leaving him at the top of the table populated by six finalists.

In the women’s division of the championship, Joseph also made a clean sweep, beating four other finalists. Her last match against Shreya Maharaj ended 3-0.

“Tonight had some successful matches but I am very happy that two Queen’s Park team members came out on top. They worked very hard and trained four to five days a week for about three hours a day,” said coach Aaron Edwards.

Both champs said the matches were hard fought, and expressed excitement at winning the trophies.

“These were extremely difficult matches,” Britton said, “Playing Humphreys was extremely difficult. We have had many battles over the years and he always fights me to the end. Arun Roopnarine is a talented player and you have to be focused when playing him. Young Luc surprised me today, and playing my coach was also very good. It was a great tournament and I applaud the TT Table tennis association for putting this together.”

Joseph added, “For the entire tournament I struggled to play good points and it was very difficult to stay in the lead. So being able to come in the finals and beat people like Catherine Spicer 3-1 is very exciting. I am ecstatic!” 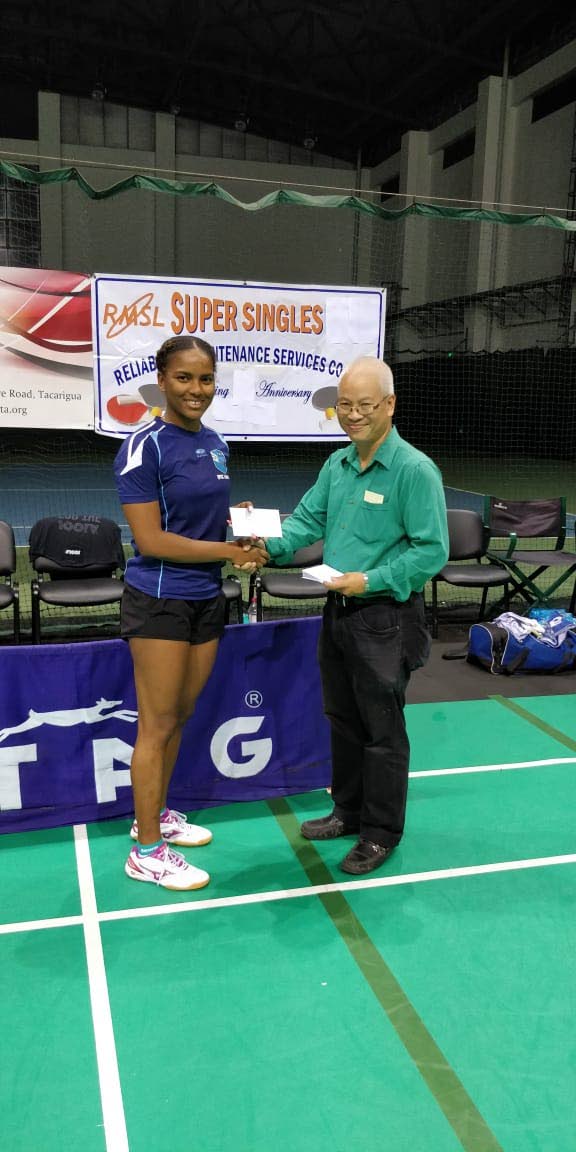