The lower part of Penitence Street and High Street, San Fernando were temporarily closed today as a result of a reported bomb scare at the Scotiabank building at the intersection of both streets.

Bank staff were evacuated as police and fire officers cordoned off the area to search the building. Police declined to give any details other than a report of a bomb threat being investigated.

After about 30 minutes, police officers gave the all clear for bank employees to return to the building. None of the returning employees commented on the incident. A handful of customers outside the bank were advised to wait until the staff resumed their stations before entering to conduct their business. 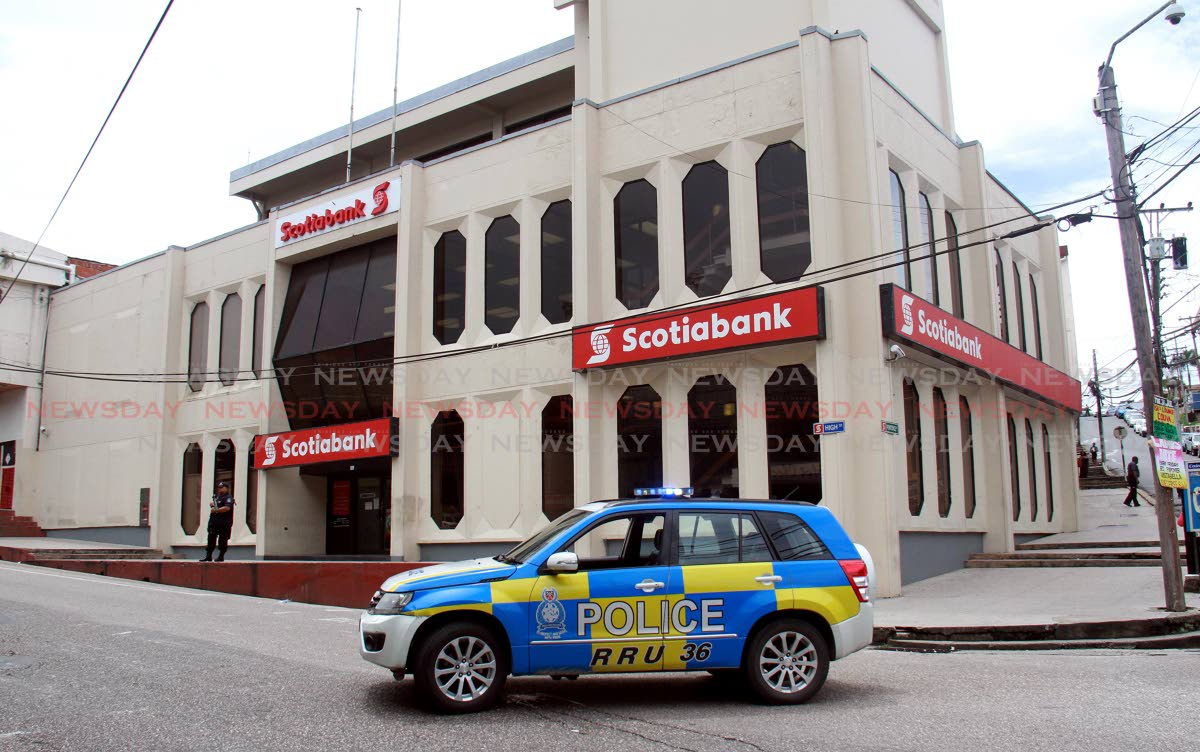