Most everyone knows about the 1,700 workers who will be out of a job once Petrotrin closes its oil refinery in Pointe-a-Pierre. What fewer people know is that when confirmation of this came on August 28, some National Petroleum Marketing Co Ltd (NP) workers feared they too would lose their jobs.

This was revealed by Bernard Mitchell, CEO of NP during an interview with Business Day at St Christopher's gas station, Wrightson Road, Port of Spain on September 5.

"There was some anxiety because when the story broke, there wasn't clarity about what the implications would have been for NP. So there was a bit of anxiety but what we've done is engage our employees – indicate there's no need to be concerned – at a staff meeting last week."

Seated in a conference room on the first floor of the popular NP-branded gas station, Mitchell said NP's customers too can rest assured the refinery's closure will not affect their fuel supply. 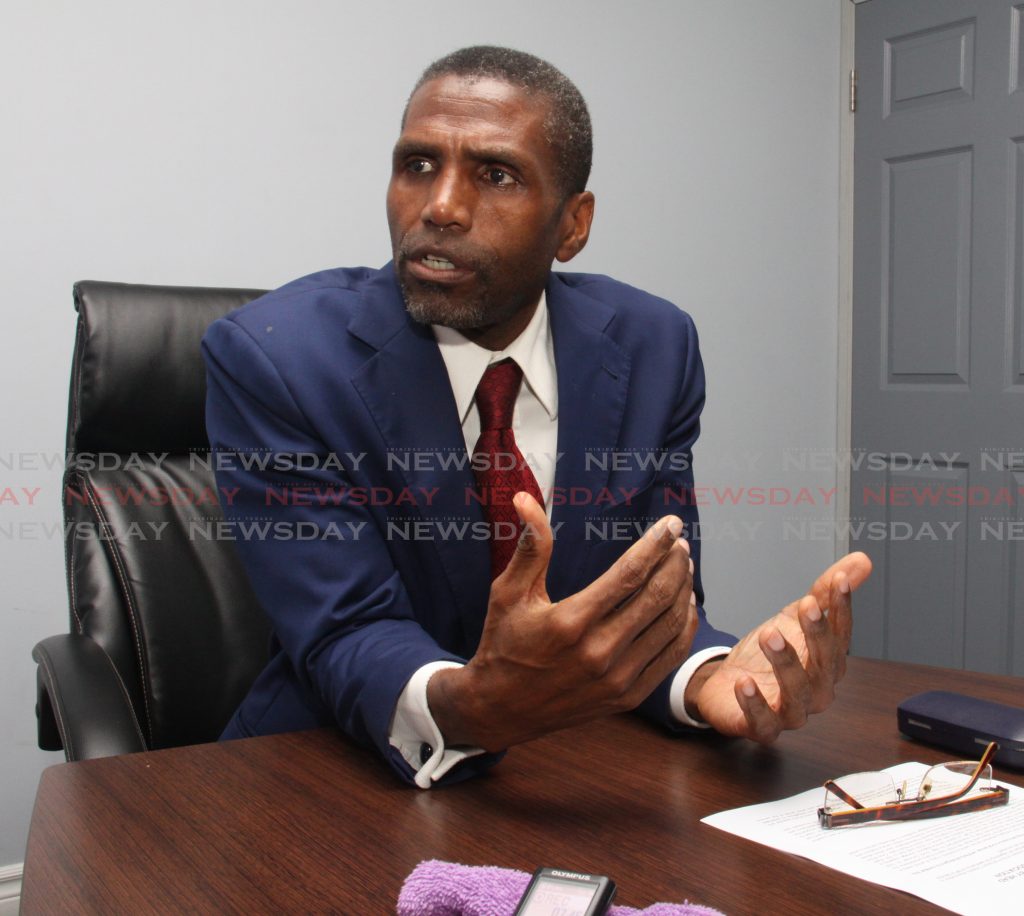 "Whether it's using the seabridge to Tobago, your car or your travel internationally, nothing has changed in terms of the delivery of fuel. Based on what Petrotrin has indicated, it's their intention to purchase fuel and sell to us, (so) nothing really changes. If, however, we do have to purchase fuel ourselves, we might want to use a larger vessel to deliver more fuel to our sufferance wharf, rather than making more frequent trips on a smaller vessel."

NP's sufferance wharf – a licensed private wharf where dutiable goods may be kept until the duty is paid – is behind its head office in Sea Lots, Port of Spain.

Petrotrin will begin transitioning out of the refining business on October 1, but it has not said when the refinery is expected to cease operating. This is one of the questions Mitchell will ask Anthony Chan Tack – interim oversight team member and director in charge of refining and marketing at Petrotrin – when the two meet.

"We are one of their primary stakeholders, so Petrotrin would be meeting with us soon to determine whether there'll be any changes and if we need to do things differently. Mr Chan Tack is my point of interface there because he's the one overseeing the refinery side, so the delivery of fuel is through his area."

Chester Beeput – general manager of aviation and marine fuels at NP – joined the interview via speaker phone at one point to answer Business Day's questions about possible upgrades to the sufferance wharf.

"We use an ocean-going vessel to transport refined fuels from Petrotrin to Sea Lots. It brings in roughly 25,000 barrels of product and (the wharf's) draft is five metres. Dredging the channel down to seven metres allows you to go from 25,000 to between 30,000 and 35,000 barrels, depending on the vessel. The other element to consider is, if we dredge down to seven metres, we would now be restricted by the length. The current length of our vessel is roughly 100 metres. We can go up to a maximum of 120 metres," Beeput said.

Mitchell added to this, explaining that if dredging is required, it would fall under the purview of the National Infrastructure Development Co Ltd (NIDCO).

"We have been in contact with NIDCO and they are in the process of looking at the issue...It's only if the opportunity arises for us to purchase fuel internationally, that there would be some urgency in doing that (dredging). Remember, the model is for Petrotrin to continue supplying us with refined fuel, so there's no need to dredge at this time."

The supply of aviation fuel to state-owned Caribbean Airlines Ltd (CAL) and all other airlines which refuel in TT was also discussed.

"They asked if we anticipated any disruptions. I explained that for all intents and purposes – based on the information we have – there would be no disruption because whether Petrotrin provides fuel via refining or via importation, the net effect on the airlines would be zero."

During his September 2 televised address to the nation, the Prime Minister said the OWTU "will be given the first option to own and operate (the refinery) on the most favourable terms." Dr Keith Rowley's offer was rejected the following day by OWTU president general Ancel Roget, who accused the PM of already having a potential buyer for the refinery.

Asked if NP was considering entering into a partnership with another entity to purchase the refinery, Mitchell immediately replied, "No, no, no."

He later said this was "an unlikely scenario, at this point in time, because we have absolutely no information on that refinery. To make such a decision would involve detailed, in-depth analysis. Also, it's not part of our core business.

"We don't have the expertise, we don't have the background information and we don't see what that's going to do to add value if we change our business model to include (refining)," Mitchell told Business Day.