It’s a new school term and hope is as bright and shiny as the new books and bags.

But the dark cloud of the recent news of 11,000 of the Caribbean’s students getting zero passes in the Caribbean Secondary Education Certificate (CSEC) examination this year still hovers. Although there are some people who believe the percentage was small and should not be of great cause concern.

On August 12, Newsday reported Caribbean Examination Council (CXC) registrar Glenroy Cumberbatch's announcement of the startling fail rate across the region during the release of results in Grenada.

In a follow-up report the next day, Education Minister Anthony Garcia told Newsday that in TT 1,486 students got zero passes, but felt more encouraged by the overall performance of the 21,520 local candidates, out of which 16,042 were from government and government-assisted schools.

“I can tell you that the performance of our students this year has been better than in previous years,” the article quoted Garcia as saying.

The zero passes statistics did raise concern across social media, with such reactions as, “This. Let’s see who is to blame”, and one that shared a story about a school drop-out.

“After all is said and done, it is what the student wants with respect to his/her education. I recently met a pump attendant at a gas station who indicated to me that he attended a secondary school and left without a pass. However, he has recognised the mistakes he made over five year (sic) and has decided to improve his academic studies after work. So all is not lost. Age brings reason.”

But among the concerned voices, King’s College, UK doctoral candidate Shelly-Ann Gajadhar is offering a hopeful solution for those students at risk of failing in school. 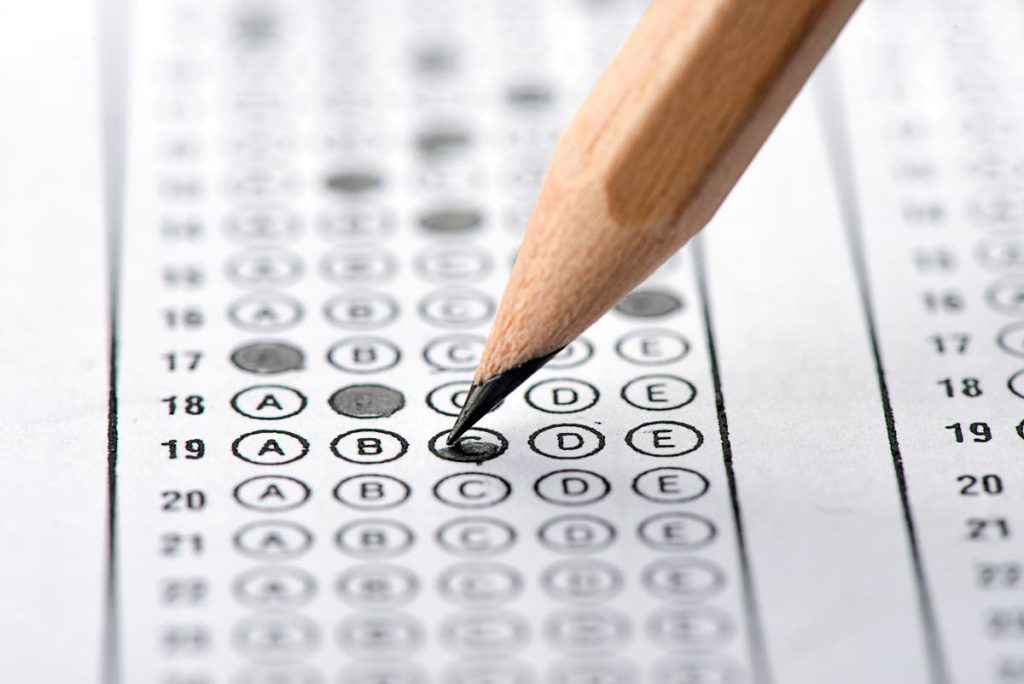 “What we need to do is believe that they are found and start nurturing them,” she said. The 31-year-old is also the CEO and founder of a professional development and research consultancy company called Alphastute. The organisation is “focused mostly on determining how we can develop skills outside of academic merit.”

Gajadhar said even though a student may “know what they would like to pursue” it does not necessarily mean an opportunity would present itself.

Education not only about academics

Students now need to equip themselves with an option B.

“Academic merit should not be a key performance indicator for students,” she said.

One blanket approach to the way students learn cannot be used, and Gajadhar believes assessments should be taken from “primary school straight up to high school and at the point of CSEC.”

“So, for instance, if a student in primary school level is not performing in a way that they should, there should be an assessment by teachers to determine whether vocational school might be a better option.”

Gajadhar opines that TT’s educational future lies in technical and vocational skills. In the age of a rise in automation and robotics, a 2017 BBC article says “800 million global workers will lose their jobs by 2030 and be replaced by robotic automation.” This, Gajadhar believes, paves the way for the “human touch.”

While robotic automation will take over things that are “very numerical and anything that has a database” or “some kind of data gathering”, Gajadhar said, “there are areas where that human touch is needed."

“That human touch of doctors and nurses, a robot can’t replace.”

TT’s economy needs to now tap into its creative industries, she said. Carnival and tourism are business areas that need to be fostered where people who are not able to excel at the knowledge level can excel in. “They are able to excel at a human level and a human touch as well,” she said.

Gajadhar also suggests TT examine its “soft industries” such as the food industry.

She said for students to excel, the focus should be on their career development and career trajectory.

“From the age of seven when they are in primary school, the first question teachers tend to ask is what would you like to be? So it is embedded in them from a very early stage. Now, some of them would say I want to be a pilot, I want to be an accountant, an engineer...the very high skilled professions. Then there are some that may not choose that and may say I want to be an entrepreneur, or a farmer.

“What we have to do is start directing students, not to the academic merit and the milestone of achieving academic merit, but it is much more about a career...if you want to achieve this career this is what it takes.”

She said part of the problem also stemmed from people thinking there is no talent. “We need to start believing we have talent in the first place and when we believe in them, and then we have to show them we believe in them. Give them the chance. I think that we are boxing our students and professionals into thinking that this is what they have to do and this is the only option for them.”

“Parents continue to think their child is in the system and should be able to finish. We need to start being much more frank and honest with parents about where the capability of their child is concerned. If we see that at SBA stage the child is still not performing, we probably then need to have vocational subjects available in the school system.”

TT Unified Teachers Association (TTUTA) president Lynsley Doodhai agrees. He said while the organisation supports continuous assessment, it did not support how it was done under the People’s Partnership administration. Instead of taking away from the testing, as continuous assessment should, testing was instead increased under that system. He believes, with all of the stakeholders involved, continuous assessment could be an option for the way forward.

He is adamant that 11,000 Caribbean students, among them 1,486 local students, getting zero passes should not be taken lightly.

“Eleven thousand within the region and 1,500 in TT is cause for concern...I respectfully disagree that it is a small number because, to me, if you look at 1,500 getting no passes in comparison to the total number of students who wrote the examination, I think it is just is over ten per cent of the students, based on my rough calculations.

“That means basically one in every ten students are failing and have failed. It is alarming.”

Doodhai agrees with Gajadhar that technical/vocational education should be looked at, although he has seen its importance and relevance diminished in recent times.

He said in some schools, the principals have been reducing the offering to technical/vocation education. The decrease in its relevance, he added, might explain why it is difficult “to get a tradesman to do a specific job for you whether it is a plumber, mechanic or what have you.”

Looking at this year’s Secondary Entrance Assessment (SEA) exam, Doodhai said approximately 2,595 students scored under 30 per cent. Based on those figures, he said, roughly 17,000 would have to go on to secondary school.

He said there is no way these students can adequately cover the secondary school curriculum without going on to cover remedial work.

“To catch up with the normal curriculum the normal students would be pursuing. They are already at a disadvantage and to me they are more than likely doomed to fail, because of the system they are being placed in.”

He said this might explain why there are so many school dropouts.

“The form one class would start with a certain number and by the time the class reaches higher up, what happens is that, many, many of these children are missing because they have dropped out of the system.” He said one reason for this is frustration since some of them believe “they really cannot make it in the present education system and they turn to something else besides acquiring an education.”

He estimates in about five years there may be an increased number of students who get zero passes in CSEC, given what he has seen in the performance of the children in the SEA examination. He said TT’s current system of “high-stakes testing” does not truly prepare students for today’s knowledge-based societies since the system encourages “cramming and regurgitating information” instead of encouraging students to be innovative and critical thinkers.