TRAVIS WORLD continues to ride a wave of popularity following his recent success in the Carnival 2018 season. Travis Hosein, 23, known as Travis World is the producer behind Machel Montano’s and SuperBlue’s monster hit Soca Kingdom which captured this year’s Road March title.

Described as a musical genius, Hosein is now taking soca music to a new level with his recent stint on BBC 1 Extra and Radio 1 at the Notting Hill Carnival in West London two weekends ago.

It seems his creative mix of techno combined with other genres of music earned him a place on the popular radio station.

Speaking with Newsday, Travis said the show was pre-recorded and he played a full hour of soca music from TT and other Caribbean islands which celebrate Carnival.

“They were doing a Carnival edition to the show which involved Diplo and Friends ( DJs) and they wanted someone from the Caribbean to bring the Caribbean element to the show and they contacted me and asked me if I was willing to do a full soca set.” 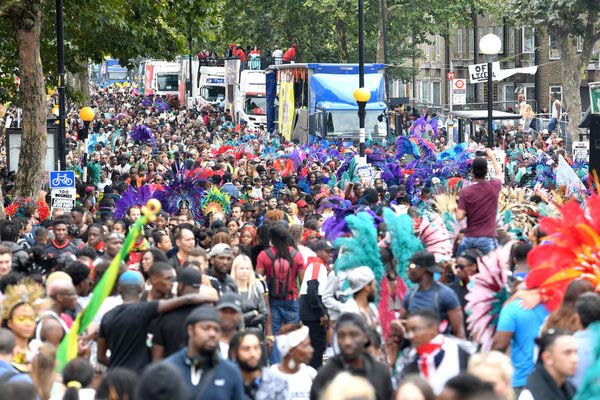 Travis seized the opportunity. “I played one full hour of soca music from all the different islands of the Caribbean, songs from Barbados, Grenada and St Lucia,” he said.

The majority of soca offerings were from TT and included Soca Kingdom, he said.

People who were heading to Notting Hill Carnival or were already there got a chance to hear soca on the airwaves. Travis said because the radio station has an international listenership people in any part of the world would have been able to hear the various songs, thus further pushing the Caribbean music to the world.

“It was a huge step for me. Great exposure, not everyone gets the chance to play on the BBC. I got a lot of positive feedback from those in the industry. A full hour is quite an accomplishment because sometimes you would hear one (soca) song.

“If you were heading to the event or in a taxi or at the event you would have heard soca music playing not just London, people in Europe all over the world heard it.”

Travis has been honing his skill for over seven years both as a DJ and producer working alongside some of the big names in the business.

The success of Soca Kingdom has made him an industry favourite and he said he is already enjoying a busy pre-Carnival season.