A NUMBER of youngsters and their parents/guardians got a moment to remember yesterday when they met with players and the technical staff of reigning Caribbean Premier League (CPL) champions Trinbago Knight Riders (TKR), at the Queen’s Park Oval, St Clair.

Yesterday’s meet and greet session, which saw the young supporters receiving autographs and posing for group and individual photographs with the players and team officials, was part of Newsday’s Fan-tastic cricket promotion.

One of the fans in attendance was 11-year-old Farishta Narine.

Asked how she felt to see her star players, a shy Narine responded, “I feel very excited and they’re my champions.”

Naming Darren Bravo as her favourite player in the TKR squad, Narine said she was excited to meet, and get a bat autographed, by the 29-year-old left-handed batsman. “I was so happy that he arrived,” she said.

The Trinbago Knight Riders will host the Guyana Amazon Warriors tomorrow at 8 pm and the Barbados Tridents on Friday, both at the Oval.

Narine said, “I’ll see them play this week. I might come on Friday.”

Borde led the fans and their relatives on a tour of both the outfield and the TKR dressing room.

Earlier, Borde thanked the group for braving the afternoon traffic to meet the TKR members. He also encouraged the youngsters to learn the values of hard work and parental support.

Also speaking to the bunch was Katich, who urged the children to follow their passion. 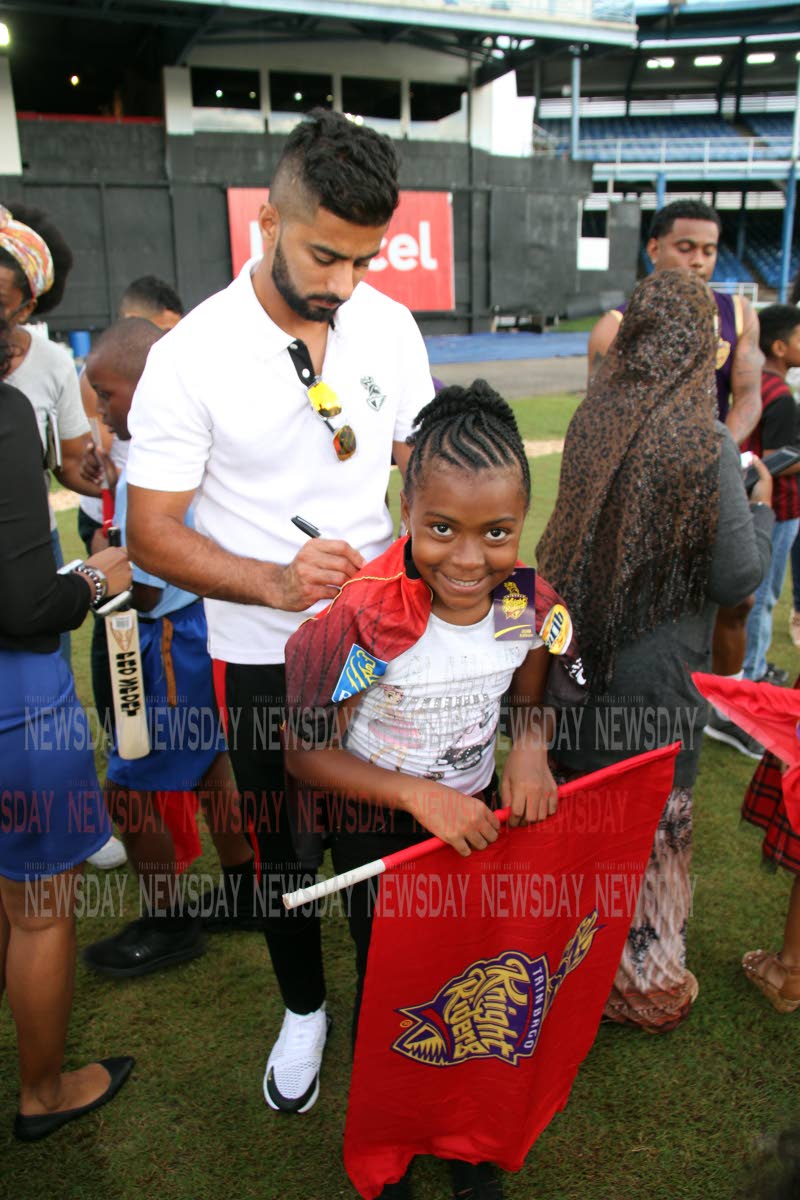 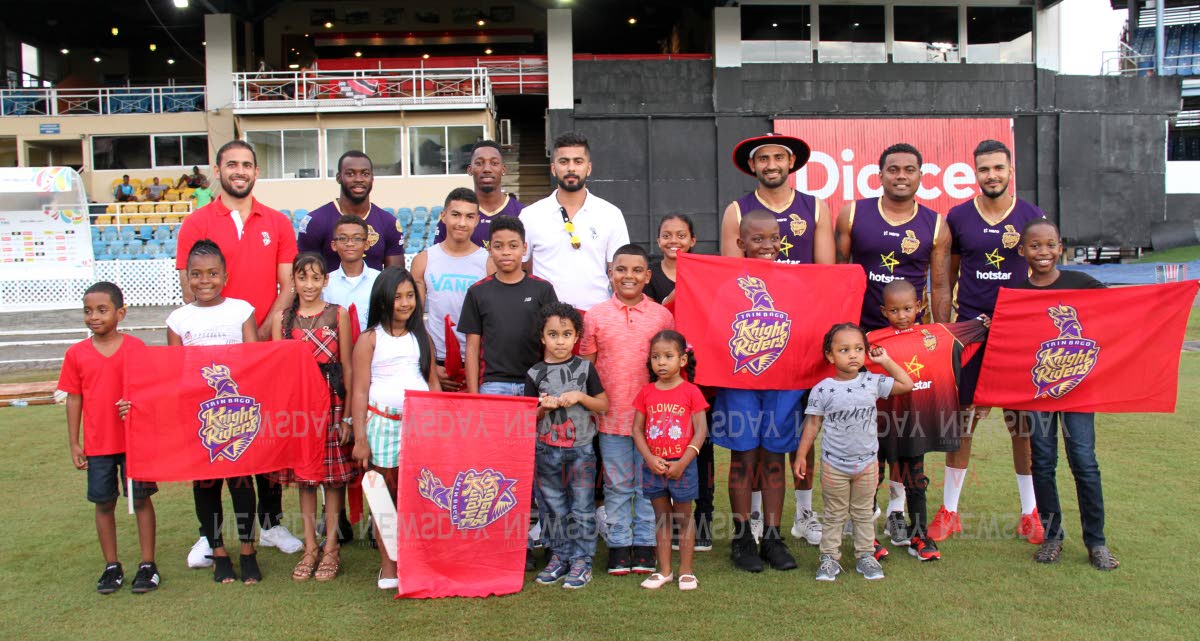