TT may not yet be sufficiently compliant with Financial Action Task Force (FATF) regulations but the Financial Intelligence Unit of TT (FIU) says "significant progress" has been made towards rectifying this.

In a recent public notice, the FIU said TT as one of eight jurisdictions the FATF – at its June 2018 plenary – had identified as having strategic anti-money laundering/combating the financing of terrorism (AML/CFT) deficiencies.

The FIU said the FATF would continue to work with the jurisdictions and report on progress made in addressing the identified deficiencies.

A similar public notice was issued in February, as is required under law. TT first went on the list last November, meaning the country is compliant in several areas but deficient in some. TT's implementation programme is reviewed at FATF meetings.

Contacted by Newsday, the FIU said, "Since 2017, TT has made significant progress towards achieving the targeted AML/CFT objectives. At the June 2018 Plenary, the FATF recognised that TT had taken steps towards improving its AML/CFT regime, including enacting amendments to legislation improving measures for international cooperation on tax offences and advancing legislation on a number of criminal justice reforms."

The FIU also said the FATF recommended TT should continue to work on implementing its action plan to address its strategic deficiencies.

The FIU noted that two key pieces of legislation have been passed: The Miscellaneous Provisions (Mutual Assistance in Criminal Matters, Proceeds of Crime, Financial Intelligence Unit of TT, Customs and Exchange Control) Act, 2018 for more effective operations of the relevant agencies; and

"TT has developed a strategic action plan to accomplish the objectives to strengthen our AML/CFT regime. The action plan contained staggered timelines for actions to be completed in April and September, 2018 and January and May, 2019. To date, TT has completed all the action items scheduled for April, 2018 and is well on its way to doing the same for the September 2018 items," the FIU told Newsday.

The FIU said TT remains dedicated in its fight against money laundering and financing of terrorism and focused on meeting the FATF recommendations.

"TT has made a high-level political commitment to work with the FATF and CFATF (Caribbean FATF) to strengthen the effectiveness of its AML/CFT regime and address any related technical shortcomings." 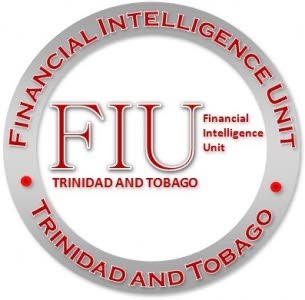