CHARLOTTE READY and Nabeel Mohammed both earned a pair of titles at the Trinidad Country Club, Maraval yesterday, on the final day of the Sagicor Junior Tennis Tournament.

Ready’s first accomplishment yesterday occurred in the girls Under-14 singles final, when she defeated Jaeda-Lee Daniel-Joseph 7-5, 6-2.

Mohammed triumphed in the boys Under-21 singles final, courtesy a 7-6(3), 6-2 result over Aidan Carter.

In the last game of the day, Mohammed and Keesa Lee Young, in the mixed senior doubles category, defeated Alijah Leslie and Isabel Abraham 7-6(4), 6-3.

Yesterday’s matches were interrupted by heavy mid-morning showers. The final matches, which were originally carded for noon, finished after nightfall.

Alexis did not go home empty-handed, as he won the boys Under-14 singles crown, by virtue of a 7-5, 7-5 scoreline over Sebastian Sylvester.

In the boys senior doubles final, the second seeds Carter and Adam Ramkissoon got past the top-ranked duo of Mohammed and Keshan Moonasar 6-3, 7-5.

In a clash of the top seeded pairs, the number one ranked Lee Young and Isabel Abraham registered a 6-4, 7-6(4) win over Lee Assang and Cameron Wong.

And, on Wednesday evening, the duo of Alexis and Beckham Sylvester registered a hard-fought 7-6(8), 7-5 victory over Sebastien Byng and Zachery Byng. 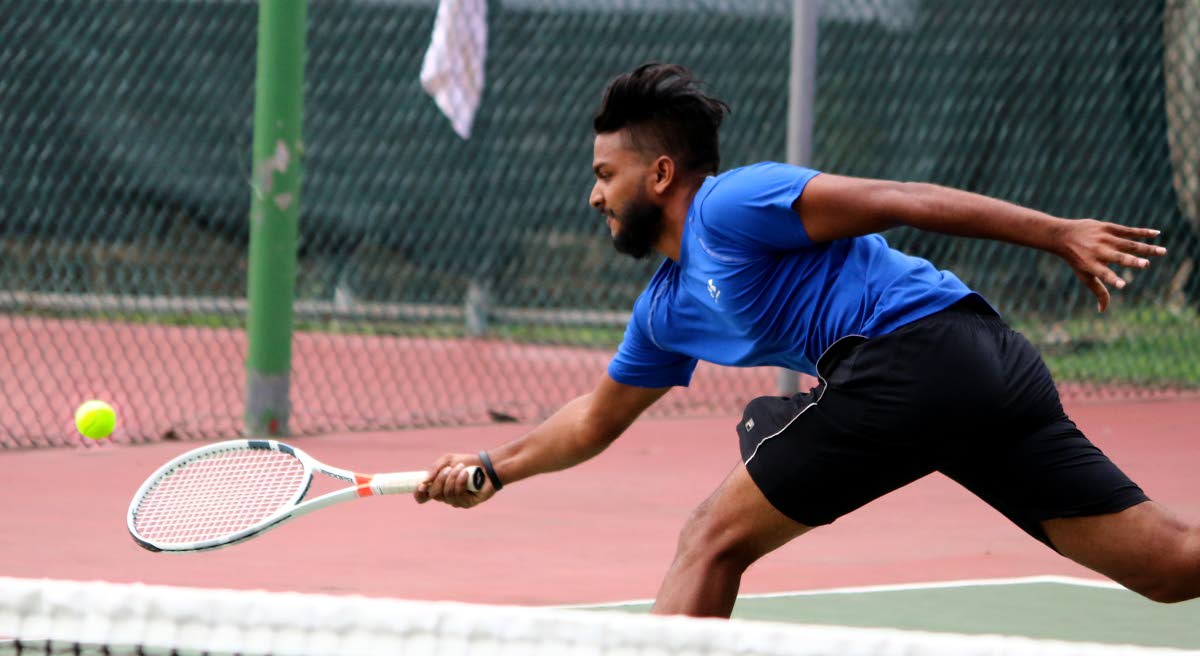