Have hope and keep trying to find a way out. This is the advice from Beverly Morson, Director of Serenity Place, a non-governmental organisation in Point Fortin that provides services for women struggling with substance abuses.

Morson, who described herself as a past drug trafficker but who said she has been drug free for the past 27 years, recounted how her life was once centred on trafficking drugs throughout Trinidad, starting at a young age and the mother of two sons.

Delivering the feature address at a Substance Abuse Symposium for Women hosted by the Division of Health, Wellness and Family Development, last Tuesday at the Tobago Nutrition Co-operative Society Limited, Canaan, she told participants of her experiences of being raped many times, to losing her children and other tragic events, to eventually come to a time and place where she was able to get out of that life.

She said drugs was her way to dealing with the pain.

She said she was taught about drug trafficking by her common-law husband. She would take her children with her when she went to sell the drugs.

She said she turned to crack cocaine when she found out her common-law husband had gotten married secretly, using money they saved for a month to begin a better life. She said she was so distraught by this event in her life that her regular habits of smoking and drinking didn’t ease the pain.

“The lady I was selling for told me not to worry after I told her what happened. She said she had something to help me ease my pain. I took one smoke of what she had and that was my introduction to crack cocaine. When I took that smoke, the feeling I got, I became a vagrant looking for more of it. I continued to search for that feeling over and over and was never satisfied,” she said.

Morson said she began stealing drugs and money from her suppliers until she was no longer trusted by them. Her addiction to crack cocaine tuned her into a rolling stone, dragging her children along.

She tried to pull her life together, securing a job as a plumber, though she had no experience nor training, at a construction site in Maloney.

Just as her life began turning around, Morson, now the mother of two daughters as well, began to drink and smoke with her new common-law-husband, even though she was pregnant.

“One day my son came asking me to buy chennette and he brought it back. Even though I was warned about giving the small children the chennette, one of my younger daughters threw a tantrum. I gave it to her and that one took her life. She swallowed the seed and it burst her windpipe and she died; another event that I didn’t know how to deal with except with the use of drugs,” she told women gathered at the event.

With her life spiralling out of control again, her older children were left to care for the younger ones as she spent most of her times locked up in a room doing drugs.

Morson then moved to Arima with her sick father, hoping that she would be encouraged to use less drugs from being around him. It didn’t help. She mixed her father’s medication and sold them as multivitamins packs in exchange for more drugs to satisfy her cravings.

“I sold my soul to crack, I sold the food from my children’s mouth, to the clothes on their backs to the shoe off their feet and even the thoughts they had.

“When I say thought I mean there was one day my son said he was very hungry and told me we should go to a close relative for money to buy bread. I took the $5 promising to buy the bread. I never got back home until two weeks later.”

Street corners and a nearby cemetery was home. Her children would see her only when her supply of drugs ran out.

“I would go back to the house only when everything on the street has finished, I have no money and my body is beaten and battered from all the rape and abuse. I would go back home to see what I can sell,” she said.

Morson said she began begging strangers and other drug pushers for a smoke or money to buy more drugs until one day she was taken into a forested area and left there. She said she was raped by six men who were hunting in the area; all who promised to help her get out after hearing her stories. She said she thought being honest about her drug addiction and being abandoned and raped before would make the hunters feel sorry for her. But she discovered otherwise.

Even this experience though was not enough to turn her away from drugs and alcohol and she continued with her habits, still trying to hide the pain of being hurt, of being confused and embarrassed by her life and experiences.

She said she was encouraged many times to get help but her goal was never to stop using drugs but rather to control the way she used them.

She did try rehabilitation twice, at New Life Ministries Treatment and Rehabilitation Centre for Women in Arima. But she returned to drugs and ended up as a scavenger on the streets. Morson said she finally decided to stop when one day, she walked in on her three-year-old daughter with one her cigarettes in her mouth, trying to light it.

Now that she has been drug-free for more than two decades, Morson admits that her past continues to haunt her. One of her son, she said, became an alcoholic in the US. One of her daughters developed a cyst in her brain which causes her to have seizures often because of the exposure to harmful drugs while Morson was pregnant.

She says she is happy to be alive though, and uses her experiences to encourage young women to stay away from a life of drug and alcohol abuse. 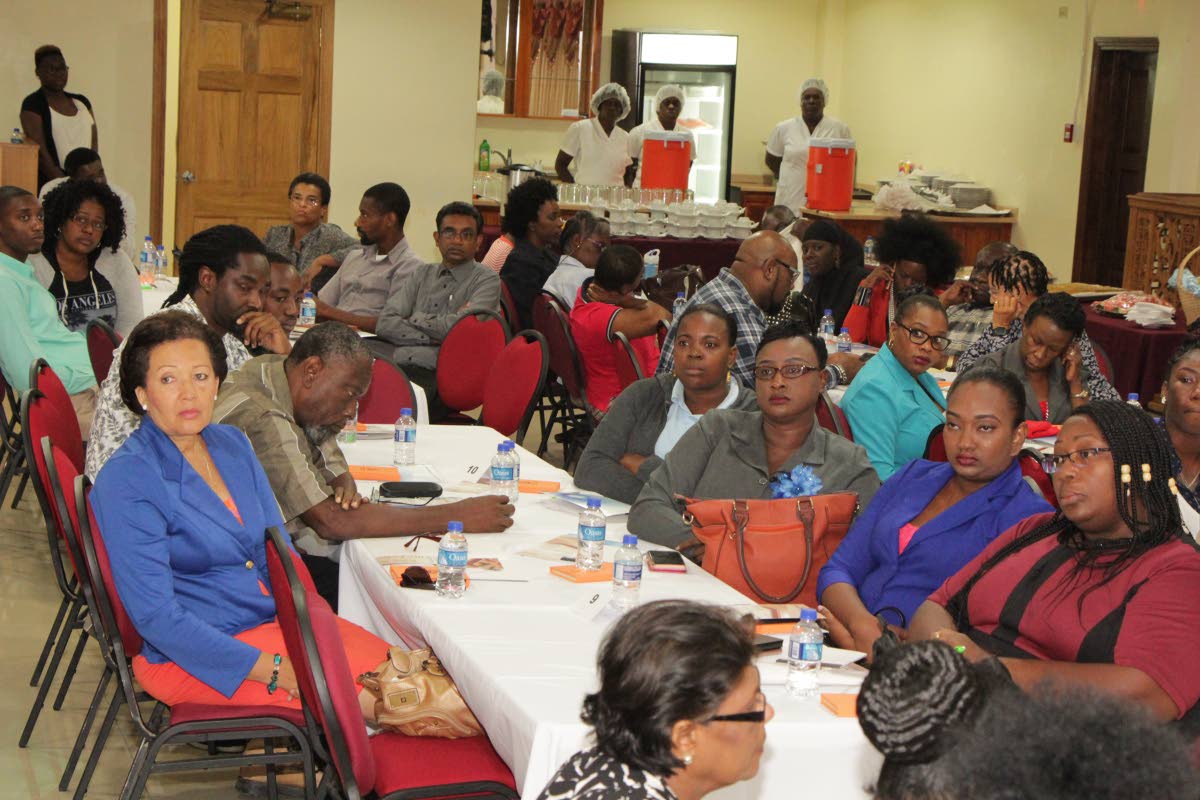