Citizens staged a protest calling for greater anti-crime action from the government, lying on the pavement outside at the entrance of Parliament this afternoon.

Jacqueline Sylvester-Rodriquez was accompanied by her son Kevin Sylvester. She said they joined the protest to show their outrage over the crime rate, having lost her other son Keon, who was murdered on May 22. 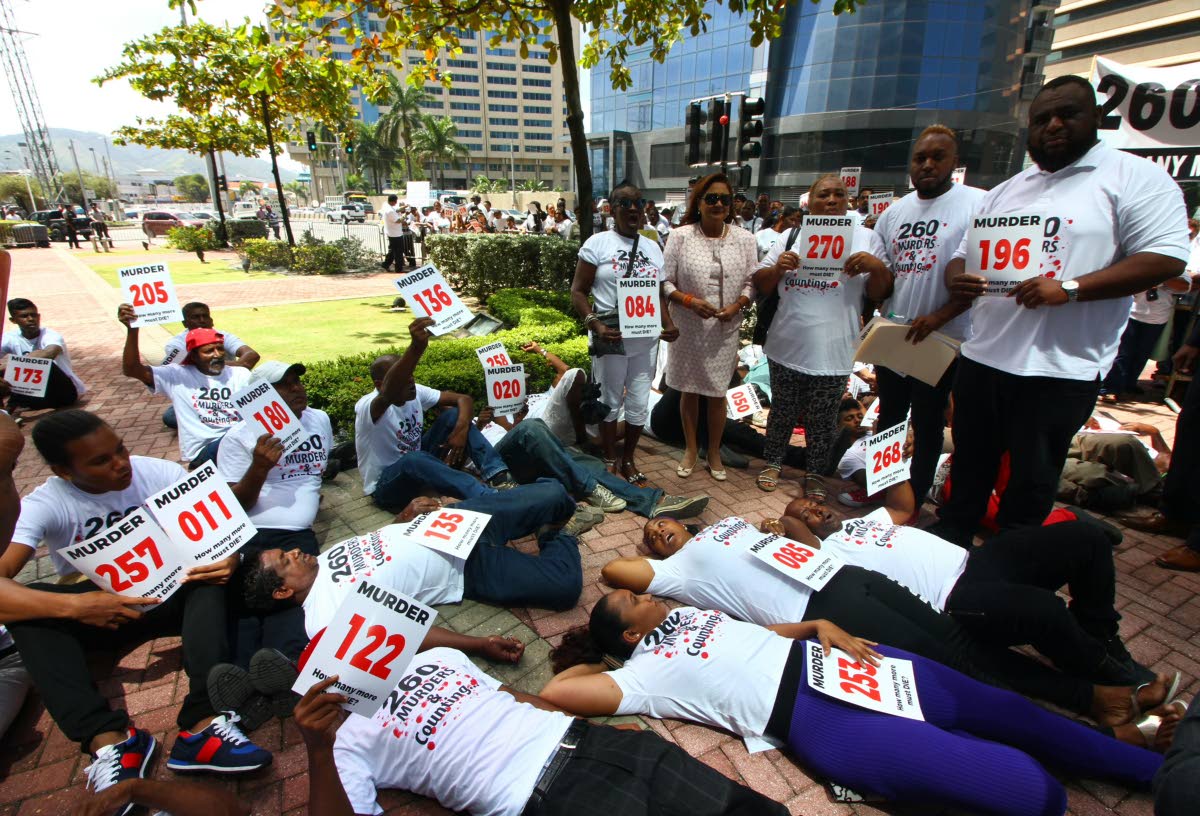 "It is unfair that the government is absolutely silent, they put nothing in place... it hurts me because every morning, instead of waking up to the sunrise, we wake up to hearing increased numbers of people murdered in TT", Thomas said. 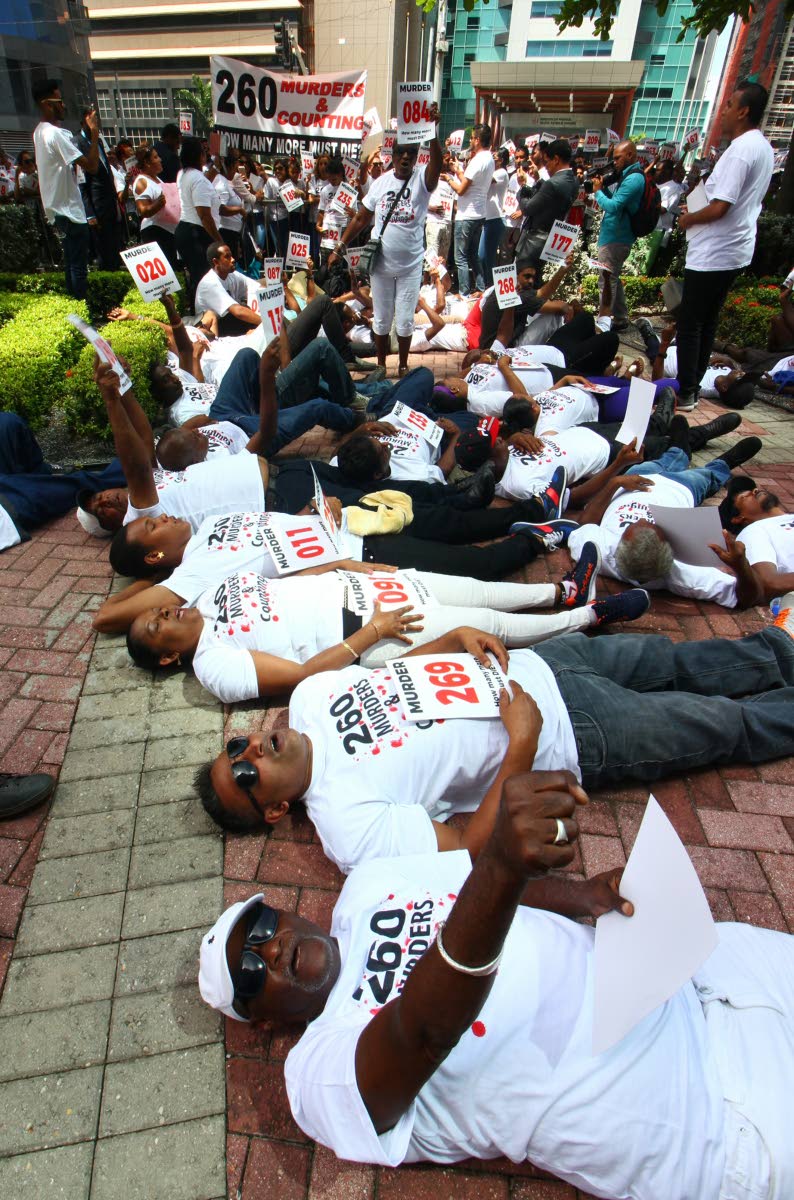