It was never meant to be the panacea for all of the ills plaguing the labour sector.

But the National Tripartite Advisory Council (NTAC), established by Government on March 15, 2016, was still seen as a progressive step in developing a framework for addressing issues relating to national development.

Today, more than two years after it came into being, NTAC’s work remains challenged by frequent postponements and an apparent absence of will on the part of Government to push the council’s mandate, labour leaders told Sunday Newsday in separate interviews on Wednesday.

“We have concerns about the advisory council,” says Ozzi Warwick, education and research officer of the Oilfields Workers Trade Union (OWTU).

“We are also not getting the sense that the Government is listening to anybody. We have the experience of the Economic Advisory Board, look how that has collapsed.”

The Economic Development Advisory Board was dissolved in April, following the abrupt resignation of its chairman, economist Dr Terrence Farrell.

As the country prepares to observe the 81st anniversary of the Labour Day Riots on Tuesday in Fyzabad, Warwick said a critique of the Government’s performance, including its handling of NTAC, would be a part of the labour movement’s agenda on the platform at historic Charlie King Junction.

“We would be looking at the tripartite mechanism because workers are not benefiting from our participation in that process.”

NTAC’s terms of reference include an identification and review of sustainable national development goals, enhancing the level of productivity in all sectors, development of a national campaign on productivity and proper work ethics, maintenance of industrial peace and harmony and devising mechanisms to create additional job opportunities.

Warwick, who is also secretary general of the Joint Trade Union Movement (JTUM), said NTAC, had it been executing its functions effectively, would have adjudicated on issues relating to continued retrenchment, austerity measures and the absence of labour legislation.

“I am saying plainly and bluntly that I am not getting the sense that the Government wants this thing to work and I think it is a tragedy for the Government to lose that opportunity because labour is around the table but we are not having the right discussions.”

Saying there was an absence of leadership in NTAC, Warwick argued that such a mechanism was needed to build national consensus as the country grappled with the burden of economic adjustment.

“That is just not happening because a tripartite mechanism is supposed to assist with that.”

Joseph Remy, president of the Federation of Independent Trade Unions (FITUN), also lamented that NTAC has made little impact.

“From where we sit, we have not been able to put something tangible as a particular outcome of the tripartite process as yet,” he said.

“We are still in the discussion stages on some critical issues, the most recent being the amendment to the Retrenchment and Severance Benefit Act.”

Saying NTAC’s last meeting was in April, Remy said the session was essentially a presentation by different financial institutions relative to looking at ways of dealing with payments systems that can be put in place with respect to the amendment to the act.

“But that is one of the major challenges we are having–the regularity with which we are supposed to meet and discuss critical issues is something that ought to be addressed. And that, to me, is one of the roadblocks that the Tripartite Advisory Council is facing.”

He argued if NTAC met as often as it should, “then we would be in a position to take some firm decisions on some critical issues that would impact on all of us going forward.

“I am not sure if it has been given that importance that it ought to be given, particularly in the circumstances we are in today. I am not comfortable with what I am seeing.”

He said while the idea to establish NTAC was laudable, it did not have the teeth to make significant impact on issues impacting the workforce.

“The issue is whether the body has the legitimacy in order to seriously address these issues and make the kind of impact that is necessary,” he said.

“I am saying that against the backdrop that there are several other bodies that speak to a lot of other issues and in my view for this to work it must have prominence and it must have some kind of legislative teeth in order for its recommendations to make the kind of input that is necessary as it relates to the economy.”

Annisette, who is also general secretary of the National Trade Union Centre (NATUC), said the systems to make NTAC effective, including a secretariat and research personnel, also were not in place.

“While the body has been doing a lot of analysis and work, we are not yet there as it relates to putting out something that is tangible so that the workers can see the benefit of having such a body.

“My view is that you cannot have a setting up of any tripartite committee just for name. It has to be given the kind of teeth, support, resources that will reflect the realities of what is happening in our country.

“In the absence of that we are going to have questions coming from our members in terms of the need for such a committee.

For example, Annisette said the allegations of mismanagement at Petrotrin and Port Authority should be discussed at NTAC.

“If we are subservient to Cabinet and government decisions, then we are going to have some serious issues. I believe that government policies and decisions have to be reflective of these kinds of committees and not necessarily what Cabinet thinks.

“If what we are doing is just optics or public relations and there is no legislative teeth and the impact it is supposed to have, then we just spinning top in mud.”

The mission of the National Tripartite Advisory Council is to give effect to commitments, as articulated in the official policy framework of the Government of TT, with regard to facilitating tripartite engagement, dialogue and consultation and to promote consensus building and democratic involvement among key stakeholders on national development issues.

On the Government side, its members include NTAC chairman and Minister of Planning and Development Camille Robinson-Regis; Finance Minister Colm Imbert; Labour Minister Jennifer Baptiste-Primus and Education Minister Anthony Garcia. 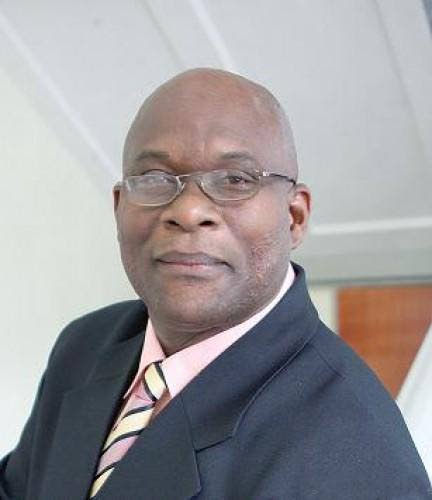