THE Civil Aviation Authority of Trinidad and Tobago (CAA) is denying claims by the Public Services Association (PSA) that air traffic controllers are working under unfair conditions.

CAA director Francis Regis told Newsday, “The authority ensures that at all times the appropriate processes, systems, tools and equipment are serviceable functional and are in place to ensure the safety of flight.”

Regis also said CAA management “ensures that at all times all systems are operated in accordance with the laws, regulations and approved procedures.”

Management also “ensures that at all times, trained, qualified, certified and competent staff perform all required functions at the authority, not only in Air Traffic Services.”

Regis was responding to Newsday’s questions about claims made by PSA president Watson Duke during a May 2 press conference at PSA headquarters, Abercromby Street, Port of Spain.

Namely: air traffic controllers are being routinely rostered to work without a supervisor on duty; staff have been penalised or threatened with being penalised for not working when ill; flights being re-routed whenever certain radar-related software malfunctions; and the resultant mental and physical pressure these situations place on CAA staff.

Duke had also criticised the CAA board for “playing” with workers’ rights to engage in bilateral discussions.

In February 2017, Justice Frank Seepersad quashed the August 12, 2016 decision of the Registration Recognition and Certification Board to approve the PSA as the recognised majority union for monthly paid workers of the CAA.

Declaring this to be “the greatest of all atrocities,” Duke assured the union intends to regain said recognition.

Duke said the PSA intends to yet again engage CAA management even though in the past, “they’ve simply ignored us (PSA).”

Newsday asked Regis about this too but he did not comment specifically on the worker-representation issue. 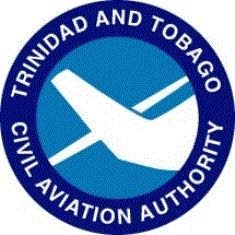