LAST Sunday a new Caribbean writing journal, Pree, debuted online. Its crown jewel was an essay by Jamaican poet Kei Miller, The White Women and the Language of Bees. In it he recounted conversations between him and various white Caribbean women about their right to be called Caribbean writers. It reprised a vicious war of words in print and online in 2014 between Trinidadian-UK author Monique Roffey and St Lucian poet Vladimir Lucien.

Miller has since withdrawn the essay from Pree. He posted to Facebook on May 29 that he stood by the essay and had withdrawn it out of respect for the Bocas Lit Fest, which was being disrupted by the polarised arguments over the essay. Roffey’s Facebook profile is no longer visible.

I cried with one of the women alluded to in the piece when I saw her at Bocas. But I also said to Kei Miller, “I don’t like how you said it, but we do need to talk openly about race. History’s not over.”

I am a black woman writer from Trinidad and Tobago. I was born here to Trinidadian parents. I have lived here all my life. I do not have an escape route to Elsewhere, whether the route is through money, family connections or non-TT citizenship.

There are many others like me. Most of us who have been published have either self-published or been part of the complicated system of social and educational networks that lead to publication by the handful of UK- (and increasingly, US-) based presses with Caribbean lists. These presses are largely, but not exclusively, run by white UK and US people. Their largest audience is, presumably, readers from the UK and US. When they get non-governmental support, these presses get it from funding agencies in Europe and the US.

There are very few literary and poetry presses in the English-speaking Caribbean. As a black woman writer living in TT, I am at the mercy of others Elsewhere.

Others who do not live here, who may or may not look like me and who may or may not deeply understand the things I write about, or my perspective in doing so. My concern is for this space where I live and where I plant my work, not for Elsewhere.

This isn’t a story about how sad my life is. I have made my choice to stay and I know what that means. While trying to correct systemic inequities at home, I continue to try to get access to Elsewhere, because the social and economic inequities — systemic and intractable inequities — in the publishing world mean I have to, to have a career. I know of one writer who has staked his writing legacy here: Prof Gordon Rohlehr. Everyone else, large or small, white, black, Indian, rich or poor, male or female, has gone Elsewhere to publish.

This is a story about those inequities and why it is disingenuous for white writers practicing in the Caribbean, whether native born or longtime immigrant or fresh off the boat, to pretend we are all the same. We are not.

Our house was three rooms: a bedroom for Mummy, as many as four of my siblings and me; a kitchen with no running water; a drawing room. The shower was outside. The toilet was a latrine in the back yard. This was my home until I was 12, when Daddy built an addition, putting in three new bedrooms and indoor plumbing.

I went to Lower Morvant Government and Bishop Anstey High schools here, married a Trinidadian, went to university here, worked here, lived here. I self-published my first book here using money from my dad and the kindness of friends and family who designed the book for free.

Daddy had a small business. After he died I inherited from him in the mid-2000s and promptly poured much of that money into my writing career. I did mad things like leave my job to go home to write.

I wrote a lot. Because writing is a long game, some of what I wrote back then is now bearing fruit, ten years later; the manuscript that became Home Home is one of those things. I also used his money to travel, going to the US and UK to advance my writing career through book tours that I and my family heavily subsidised.

I went to UWI, St Augustine; the undergraduate English degree was what I could afford. I took the single UWI creative writing course that existed then, taught by Keith Jardim. I took all the writing classes outside of school I could find that I could afford, and asked for discounts. I did creative writing courses through the then-Creative Arts Centre (now DCFA), and the Trinidad Theatre Workshop, CAFRA and WorkingWomen. I joined writing groups. I taught myself by reading, by writing. When the UWI St Augustine MFA in Creative Writing started, instead of registering for it I signed up for a Wayne Brown workshop.

In that workshop with Wayne was born a manuscript that has yet to be published. I’ve only sent it to a few US and UK publishers. It’s not been picked up yet. Caribbean readers have been puzzled by this. I have not. It is a book that speaks of race and rape, of silences and silencing. It is deeply unsettling to read and I would imagine even more deeply unsettling for a white reader. For them, perhaps, these things are part of a past that is no longer relevant. For us, these things are relived daily in small and large ways. Slavery is over but the Caribbean has not finished dealing with its legacy.

The first thing I said was that I am a black woman writer. Being a woman brings with it its own baggage of systemic inequity. I married young, and had children young. Those choices left me tied to this place in a way that men are never tied. I chose not to be the “monstrous” mother who abandons her children to go away to chase success. I chose to stay here, take care of my own mother and my children’s grandmother, to do the “woman’s work” that men mostly get to walk away from. I am not being a martyr. I am being frank. Having a family, and choosing to stay here to do so, has come at a cost.

A professor of mine told me, “You have a very turbulent life.” I do. At that moment, I had been caring for my own teenager, who had to be hospitalised and whose father has not been to Trinidad in her lifetime; taking another teen into my home when he was thrown out by his father; caring for my ex-mother-in-law with dementia, while her son remained in the US, where he has lived for two decades; and managing the care of a brother who had had a stroke, although he has three adult children, two of them men. I chose to stay and chose to care. It ruined my studies.

Again, I am not crying over how sad my life is. I made those choices. But systemic inequity means that had I not invested the emotional and physical labour of care, those people would have been worse off. Society depends on women doing these things, not men. I am not the first or only woman writer whose domestic responsibilities have interrupted her career.

Systemic inequity in Caribbean publishing is deeply tied to gender, race, class and foreign access. The 400-year backdrop to our story is still calling the shots. How can we see so clearly that UK and US family wealth has been built on slavery, but not make the short leap to see that slavery has and continues to have an effect on who is published in this region, and whose voices are allowed to resonate elsewhere? How can we reject the multinational narrative for every other industry but accept it in publishing, where it is literally the largesse of those with access that provides access to people like me?

The UWI MFA degree is one step towards rebalancing systemic inequities. So is the NGC Bocas Lit Fest. Both give writers unmediated access to Elsewhere. However, we need affordable, indigenous writing and editing programmes for young people and adults, accessible across the country. Bocas now has its own imprint, but we need more of our own publishers, our own editors, to tell our own stories in our own voices. We need grants for writers. Government has to subsidise the industry because we do not have an arts council to do so.

It is absurd to have to say this in 2018. The conversation about race and gender in Caribbean writing and publishing must continue. 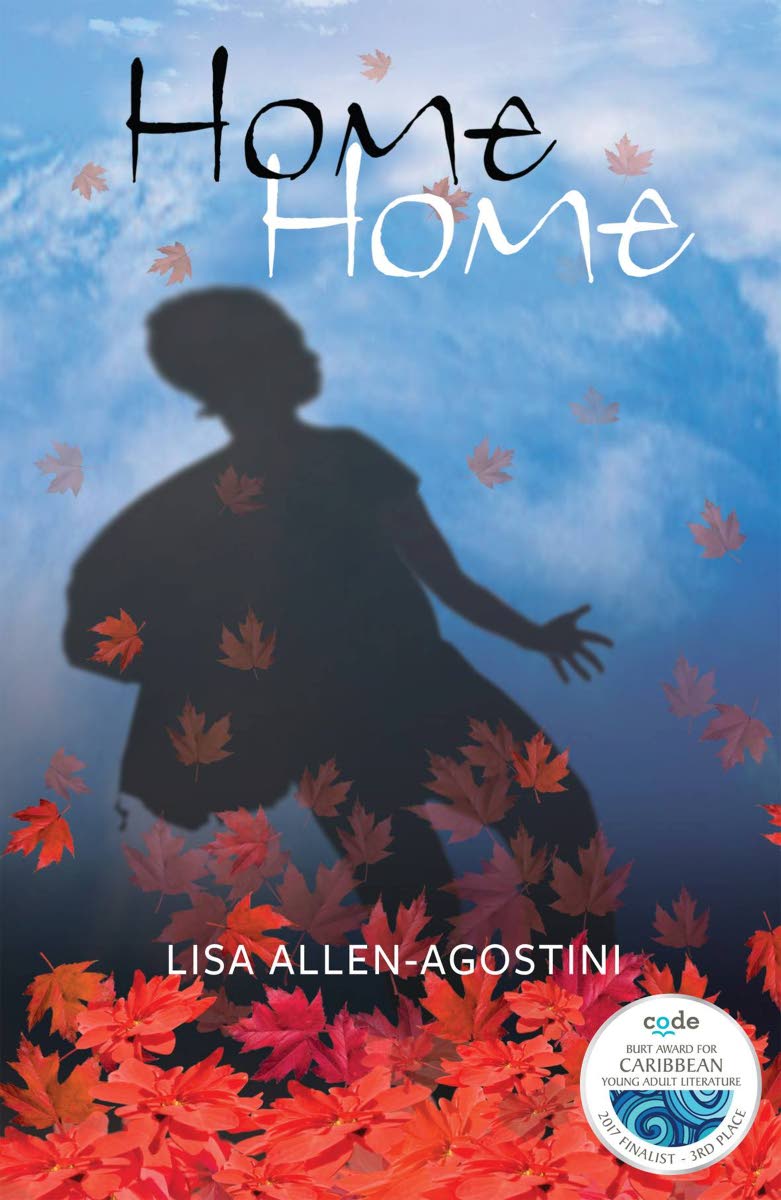 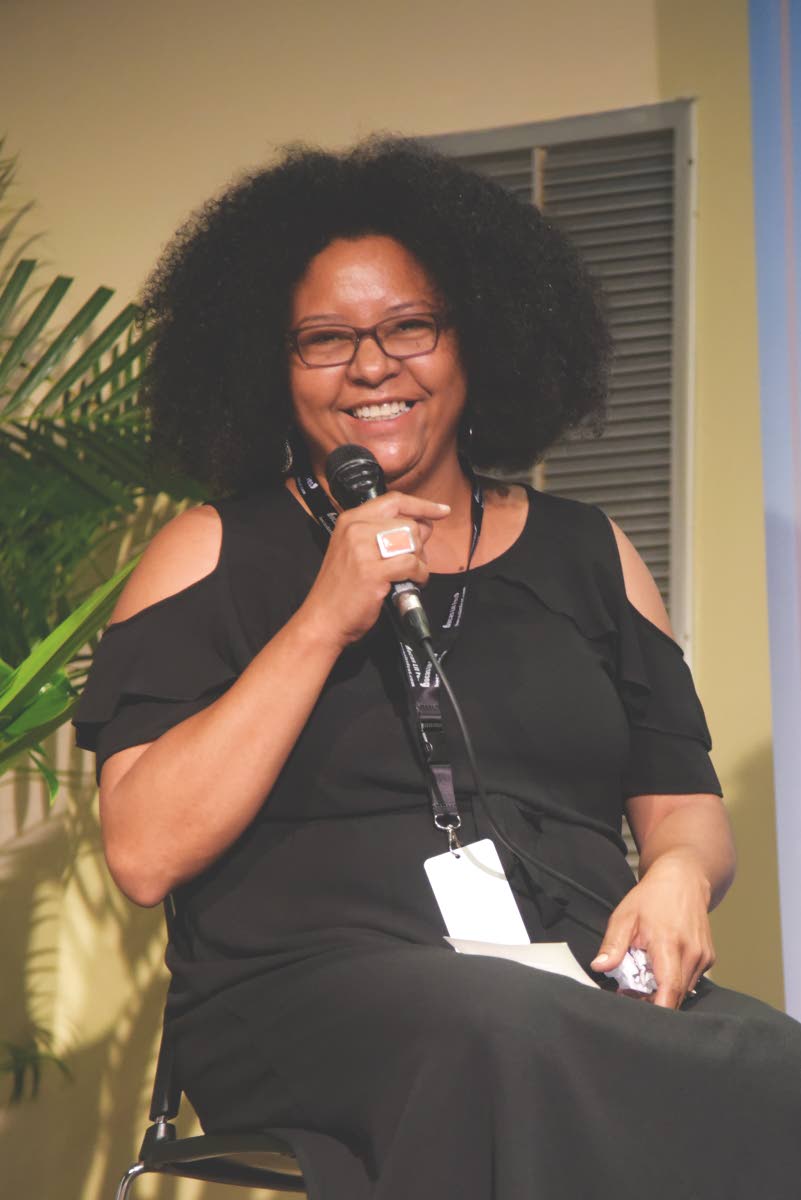