Past Bishop Anstey High School students, both locally and abroad, showed their support for former student and newly inaugurated President Paula-Mae Weekes by wearing their school tie in various fashions.

The former students posted photos of themselves with their ties on social media and also wore them to attend the inauguration on Monday at the Grand Stand, Queen's Park Savannah.

Sharon Rowley, wife of Prime Minister Dr Keith Rowley, told Newsday: "As a past student and you know we Bishops people always stick together, I am thoroughly elated and think she will be doing an excellent job. As she talked about the little light that will indeed be a large flame, that made us proud."

Mrs Rowley said that coming after International Women's Day, "I am totally elated because we are on our way to what we consider gender parity. There is a 2030 (United Nations) deadline but I think we have achieved it with this step."

D'Vonne Dolly, a Lower Sixth Form student of Bishop Anstey, said: "As a Bishops girl and the President being a Bishops girl, I feel very proud and honoured. It shows that Bishops girls have a lot of worth and should be held in high honour because one of us has achieved such a great thing. And I think we are all round girls and it shows because we have the first female President."

Queena Edwards, also a Lower Sixth Form student said as a Bishops girl she feels very proud. "She is seen as a role model to us. It shows that whatever we put our minds to, we can achieve it."

President of the Bishop Anstey High School alumnae association Shonda Moore said the idea was not started by the association but by a Hilarian. She said past students wore ties in their hair and as part of their work or general attire on Monday to coincide with the inauguration of Weekes. Some attended the event, the school choir performed and most of the school attended.

Moore said it was very touching that Weekes used a lot of the words from the school song, in her inauguration speech. She also reported that six Hilarians were invited to a toast by Trinidad and Tobago Ambassador to the United States in Washington, Brigadier General Anthony Phillips-Spencer in honour of Weekes. 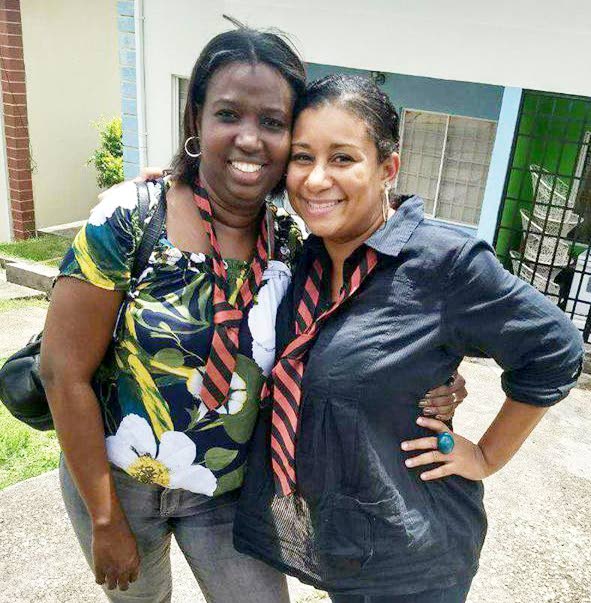