UNDER a broiling noonday sun, aggrieved workers at Trinidad Cement Ltd (TCL) staged a noisy placard demonstration outside the company’s Claxton Bay headquarters yesterday. The workers, led by OWTU (TCL branch) president Ahmad Mohammed, marched in a semi-circle in front of the company’s main gates in preparation for a meeting with TCL’s senior management yesterday. The meeting was carded for 1.30 pm at the company’s administration building.

Speaking to reporters before the meeting, Mohammed described worker morale as being at an “all-time low” as the company had proposed a 30-month wait for back pay, which was rejected by the union.

“We really haven’t had a proposal from the company. The company made mention of a 30-month period for them to really save the money to pay workers their back pay. But really it is unreasonable and frivolous to come to the union with any such idea that workers would be willing to wait an additional two and a half years to receive their back-pay money,’ he said.

He said that at the meeting the company was expected to present a proposal for the payment of back pay as well as implementing new rates for workers. “We are here to continue the negotiations that would have been ongoing since the earlier part of February and outstanding since 2014 December,” he said, adding that while the memorandum of agreement (MOA) had been signed off by both parties, there were still outstanding issues.

“We expect to get from the company a proposal to the timely pay-out of back pay owed to workers so that workers would know for sure when they would be receiving their outstanding monies for the period 2012-2014 and the implementation of their new rates of pay,” he said. 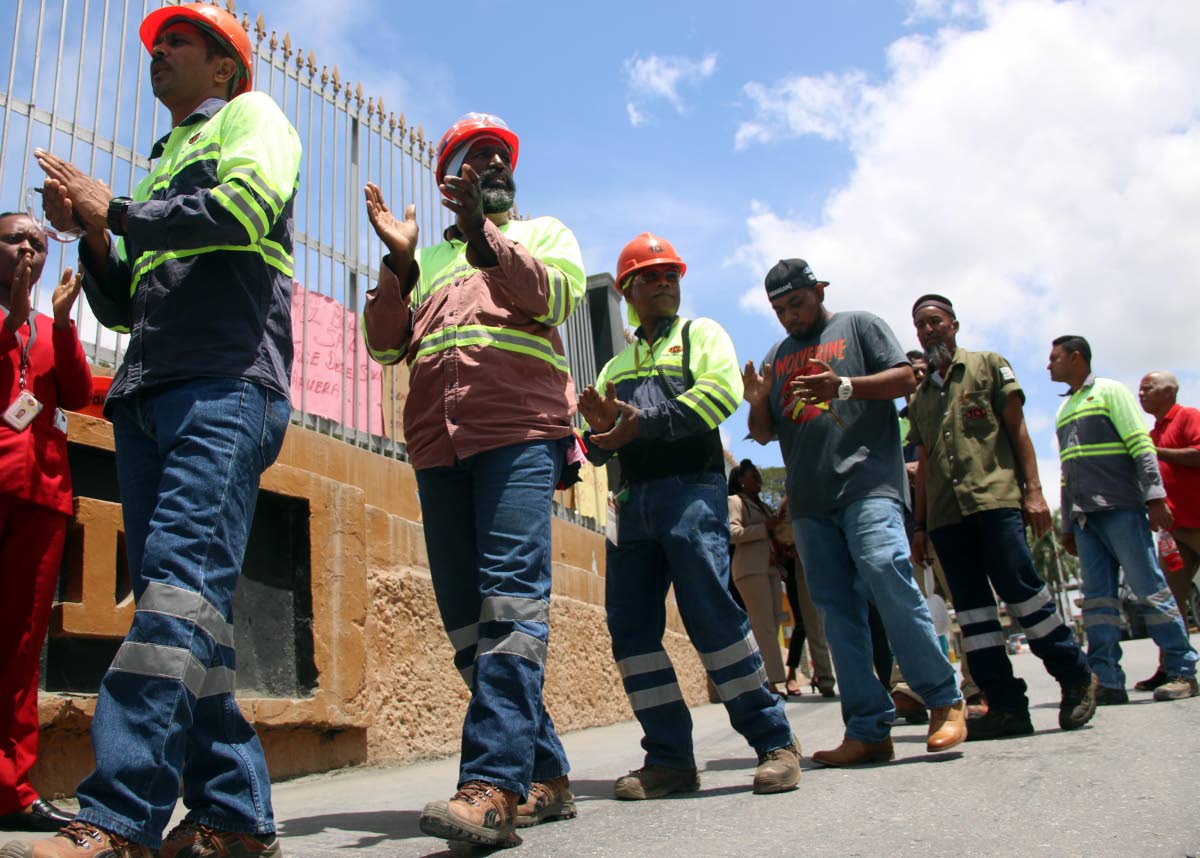