State oil company Petrotrin has a lot of problems, but the biggest one, according to senior economist Dr Roger Hosein, is its overblown wage bill.

“I think wages and staffing are the biggest issues facing Petrotrin. The chairman (Wilfred Espinet) has been reported as saying the annual wage bill is $2 billion. With a staff of about 5,000 workers, that works out to an average of $33,000 per worker each month — about six to seven times above the national average,” he told Business Day.

The company, he estimates, may be about 20-30 per cent over staffed. The company also has an annual overtime bill of $240 million.

All of this compounds the company’s already overburdened cash flow position. In a recent Joint Select Committee on Energy Affairs, Petrotrin’s Board noted that the company’s free cash flow between 2013 and 2017 was $270 million — and that was before interest, taxes, depreciation and amortisation, royalty payments and capital expenditures — and during a time of higher energy commodity prices. If the company continued on its current trajectory without making any structural and organisational changes, the Board concluded, the company’s cash flow in the next five years would be $1.5 billion. But if it managed to make some changes, it could turn that around to $1.2 billion.

“In this context, having a manpower operating cost which was twice the level that it should really be means that the company is at a very serious crossroad,” Hosein said. He suggested two options to help the company get back on track:

• Reduce the workweek per employee so that no one goes home and the company functions but at a lower labour cost.

• Remove overtime for the next year. In this case, the union would show its commitment to understanding the situation.

In all this the State and the company has to be mindful that if Petrotrin fails, the knock-on effect for the economy as a whole can be very pronounced given the size of the associated demultiplier effect, Hosein said.

Almost as overwhelming for the company as its wage bill is its ageing infrastructure, the upgrade of which has been compromised by Petrotrin’s massive debt. The company has an estimated debt burden of $10 billion — $3 billion of which is owed to the TT government. The company also has a US $850 million bond that was issued in 2009, and comes due next August in a “bullet payment” (the principal). Annually, according to the company’s website, Petrotrin pays $687 million a year in interest. The bond had been issued to raise money for capital expenditure, notably the failed Gas-to-Liquids project and the Ultra-Low Sulphur Diesel plant. Initial estimates for this plant had been US$112 million in 2009, but is now US$300 million. The ULSD plant is, however, in the board’s opinion, imperative to the future of the company. If Petrotrin can’t refine ultra-low sulphur diesel, it runs the risk of not being able to market its product in international markets with strict fuel requirements.

“The failed GTL and ULSD projects affected the company by eroding its investable capital. So, even if the company had money to invest, because of the cost overruns on these projects a significant part of that money would have now been eroded and also returns (from any investment) now have to be used to pay debt,” Hosein said.

Former Energy Minister, Kevin Ramnarine told Business day in terms of viability going forward, the company needs to refinance the bonds. But to do that it will need to get bondholder approval. “That will require them to be able to convince the bondholders that there is a viable plan going forward for the profitability of the company. So, the challenge really is how the company returns to profitability. Central to that is the reduction of cost,” Ramnarine said.

The Board has, for its part, suggested an overhaul. It has proposed an 18-month restructuring and reorganisation period, starting from today. The company will be split into two distinct entities, one focusing on upstream activities, and the other on downstream. Sources have also suggested that there will be redundancies, especially among senior management. All of these are supposed to help the company return to viability — and provide a solid plan to assuage creditors. But the company’s president, Fitzroy Harewood, departed yesterday after tendering his resignation in December. The Board has not (at least up until the time of this writing) said who will be in charge of the tarnished crown jewel of TT’s homegrown hydrocarbon industry and this uncertainty concerns Ramnarine.

“It can’t be in the best interest of the company and the nation that nobody knows what the plan is. It cannot be that we have to wait on some sort of surprise announcement from the Board for the country to know what is the plan. All this uncertainty is counterproductive,” he said. 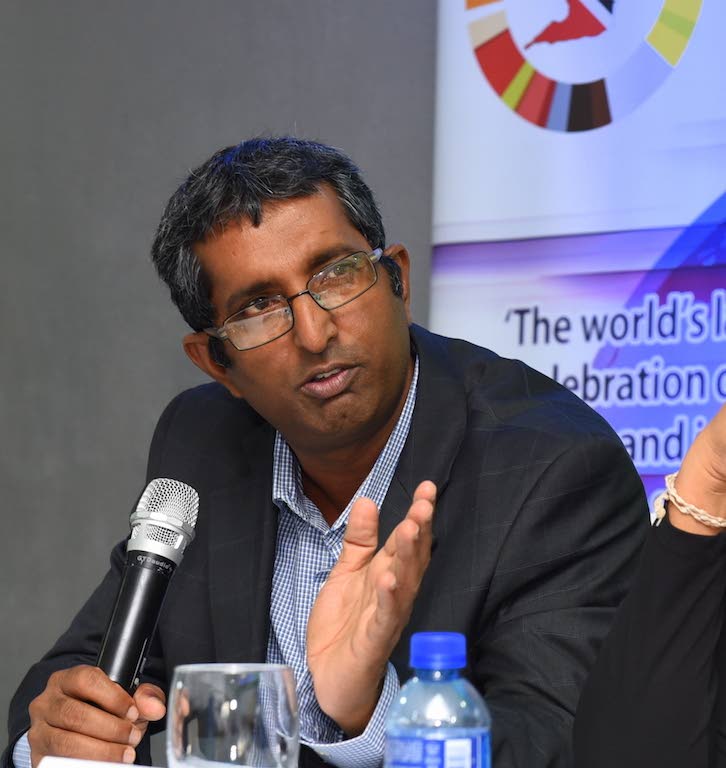